Pixar has been hard at work, still mostly remotely, on its next big animated feature – Lightyear. Much has been kept a secret as the film isn’t due to release until June, but Disney held a virtual early press day that let us into the world that’s being built for the “Toy Story” character.

“Let’s be clear though: he’s not a toy,” director and writer Angus MacLane shared. “The premise in our film is that Buzz is a real character in the “Toy Story” world,” he added.

Having screened the first 30-minutes of footage of the film, that very much is the case as text before the title card that the film we’re about to watch is actually the film that Andy saw that made him the biggest Buzz fan.

According to MacLane, it provided a creative platform that they could use as a backstory builder, explaining what made Buzz, Lightyear.

“When you think about it, one thing about Buzz through all the films and TV specials is that he is always at a disagreement with reality, at odds with his surroundings,” MacLane said, then citing examples of him narratively in each film. The challenge would then be explaining why.

MacLane thought that this ‘fish out of water’ story combined with his love of the cinematic look of 1980s sci-fi movies would make Lightyear one of Pixar’s most unique films to date.

Telling the story of a spaceman in space meant that Pixar once again had to do their research of space and astronauts. With the help of one NASA astronaut, filmmakers were able to gain access to the Johnson Space Center in Houston, Texas to get a deep dive on what that world is like and replicate it in the film.

“You wouldn’t believe how many buttons there are!,” said producer Galyn Susman, who went on to say that you can expect a lot of ‘insert shots’ (or close-up camera shots) that show a character pushing buttons.

One of those characters is Buzz himself, who is being voiced by Chris Evans. While many were confused on why the filmmakers didn’t cast Tim Allen in his titular role, Susman said it was driven by the story. “In our movie, Buzz is a real person as much as Andy is, so we wanted to find a voice that was similar in being heroic, but different enough to make that crucial distinction,” she said. 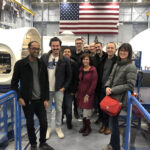 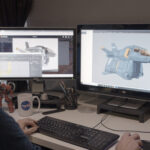 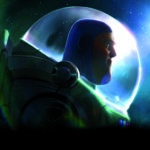 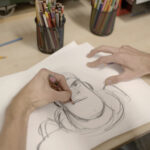 The production design of the film goes even more detailed, but is a signature of a Pixar movie.

With all the spaceships in the movie, Sets Art Director Greg Peltz took inspiration from his model ship building days and the detailed models that were used to create the ships in sci-fi classics like Star Wars. “Bringing model building in a digital world was crazy, and I believe this was the first time that model building to this degree was used in a digital environment. We had a part for every ship,” he said.

Costumes meant doing spacesuits, and Tailoring and Simulation Supervisor Fran Kalal shared that they had a mandate to make the suits a centerpiece of the film. “In the story, Star Command issues Buzz a new spacesuit for every mission he takes on that includes new functionality and technology. We took cues from real spacesuits, and ended up really working as a tailor of sorts,” she said. Make sure you look closely at the different mission patches on the suits in the film!

Part of Angus MacLane’s vision for the film was that it should feel “cinematic.” He went on to describe that as a combination of different things, including camera work and lighting. In animation, one can think of it exactly like a real, tangible film set, but created in a digital environment.

Jeremy Lasky, who worked as director of photography, knew that he had to compose every shot, as well as work directly with layout/sets and lighting to make sure that the things captured on his virtual camera would also be purposefully cinematic as well.

“Each shot is composed with cinematic sci-fi effects in mind. It should all feel cohesive, but transport you to this new world. Hopefully all our shots bring an emotional weight and epicness to the movie,” Lasky said. “And expect a lot of epic pushing button shots!”

This will also be Pixar’s first IMAX film, having created a new virtual pipeline to make the animated action bigger than ever before. 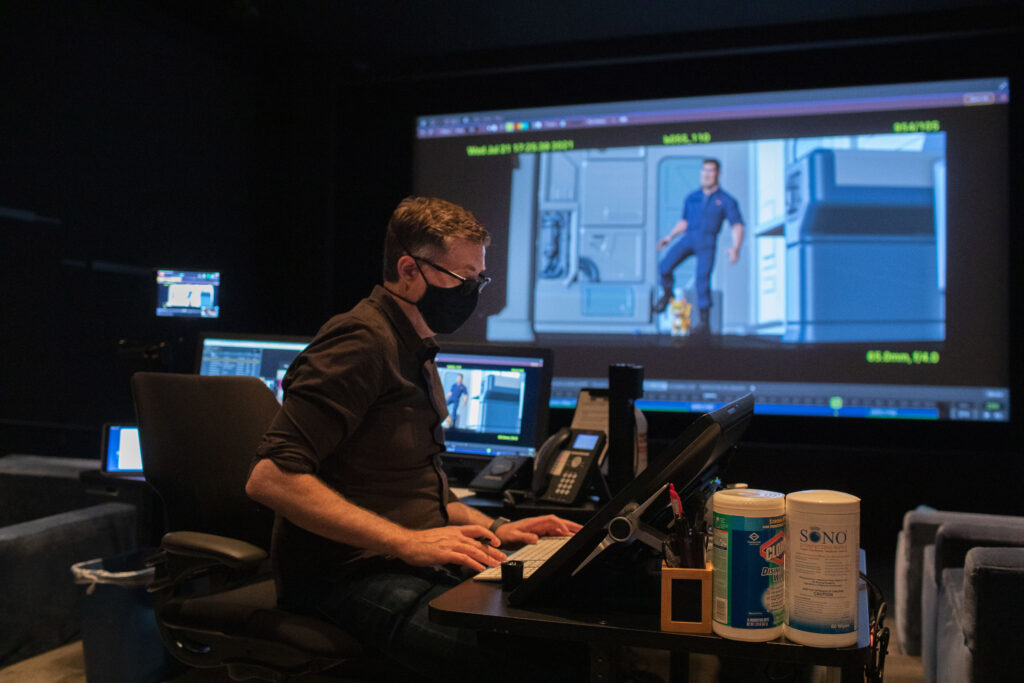 Pixar’s “Lightyear” is wanting to be that epic and big movie that MacLane and team envision it to be. This will probably mark the first Pixar movie to show in movie theaters since the beginning of the COVID-19 pandemic in 2019.

After six years of working on it and then having to pivot to finishing the movie remotely due to the pandemic, it is certainly the hope of the Pixar team to make a statement with it.

But the statement that I think will mean the most is one that brought the project together in the first place. “There’s a lot of pressure to make this great, and I know our team is doing the best it can to not fail on an audience who loves Buzz,” said MacLane. “But in the end, I hope that Andy would be proud,” said MacLane.

Our special thanks to Angus MacLane and the Pixar Lightyear team for contributing to this story!

We’ll have a full spoiler-free review on Pixar’s “Lightyear” soon!