Hello everyone and welcome to a Wrap-up report that has been a long time coming. Just like Disney California Adventure Park. 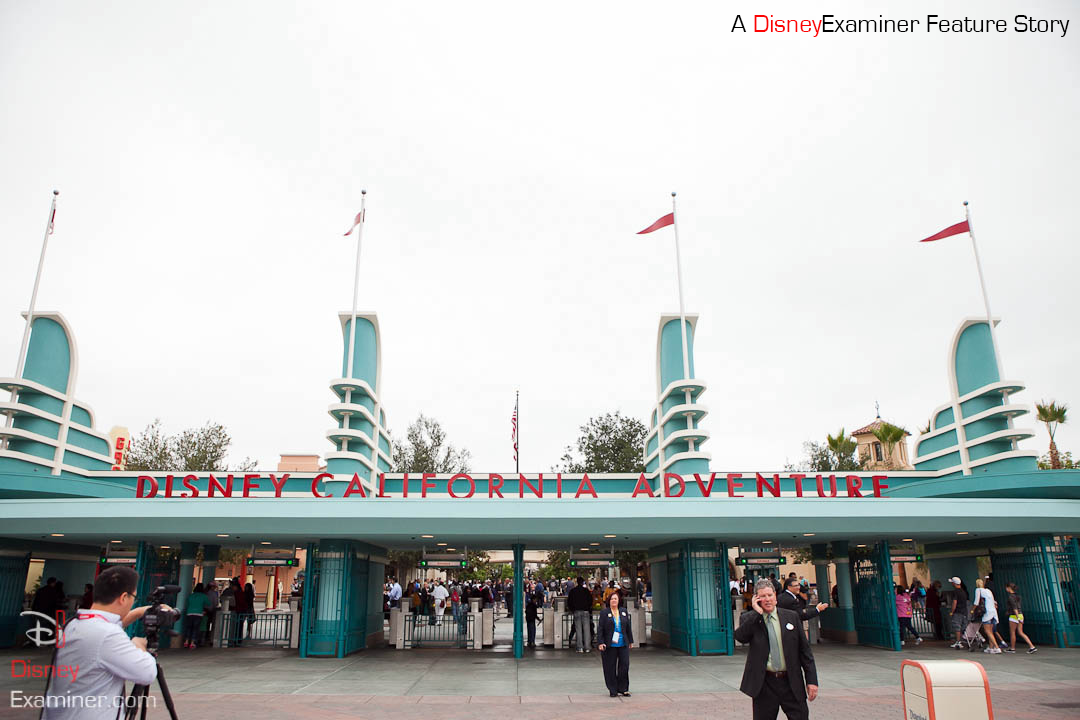 The events surrounding the grand re-opening of Disney California Adventure Park at the Disneyland Resort in Southern California is something that I in particular will never forget. I recall when Disney(‘s) California Adventure Park first opened back in 2001, I’d go with my dad and mom almost every weekend to see the progress of the Park taking shape in a place that use to be where we’d park our car.

Although a small kid at the time, I was very excited to see what this Park had to offer. As I grew up, becoming a more discerning adult who criticizes theme parks, and as DCA opened for the first time, the more and more I understood that this Park was not as ‘magical’ (albeit enjoyable) than her counterpart across the way. I didn’t know why nor did I care at the time. Disneyland was always me and friends’ first choice when visiting for the weekend (as we did every weekend we were there). It wasn’t until around 2007, the time an announcement was made by Disney CEO Bob Iger and crew, did I start to realize that Disney California Adventure (DCA) should and would have more to offer. It would just be a matter of time before we’d start choosing to go back across the way and into a new California adventure…literally.

The days of June 13 to June 15 were the culmination of that 2007 announcement that DCA would be getting a facelift – from scalp to chin.

It took countless of Imagineers and yes, even corporate Disney fellows hours to plan and design.

It took construction crews sleepless days and night to turn plan and design into reality.

It took the patience of Disneyland guests, from both near and far to see construction slowly take place.

It took 20 new attractions and shows.

And at the end of it all,

Disney California Adventure Park re-opened her gates on the morning of June 15, 2012 and those 5 years was all worth it.

This Wrap-up report will chronicle the various events that took place on the days during DCA’s extravaganza – which was the very large press event that took place at the Resort celebrating everything DCA. We are very thankful to the Disneyland Resort for inviting us to this event and to ultimately be a part of Disney history.

The electronic version of our invitation included this video:

So with that context in mind, let’s get started with Day 1 – Entry.

** A very special thanks to Drexelle and David Park from D. Park Photography and Russell Purificacion from RP Photography  for their photo contributions to this report. I love these people and so should you! Check them out to capture your next Disney/anything special event! ***