Fuel To The Fire: a review of Disney’s “Planes: Fire & Rescue” 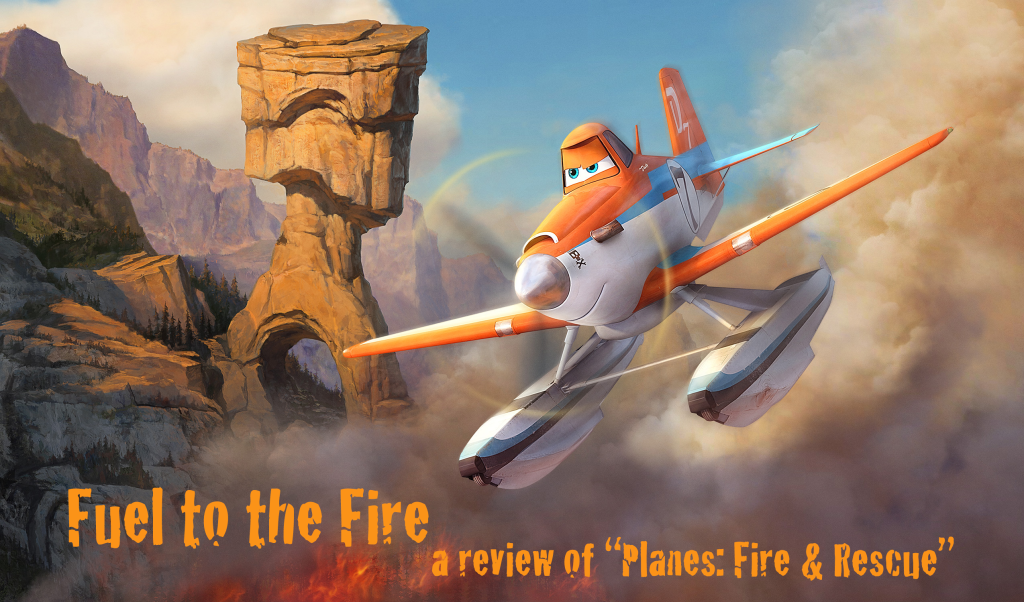 “Planes: Fire & Rescue” is a new comedy-adventure about second chances, featuring a dynamic crew of elite firefighting aircraft devoted to protecting historic Piston Peak National Park from raging wildfire. When world-famous air racer Dusty (voice of Dane Cook) learns that his engine is damaged and he may never race again, he must shift gears and is launched into the world of aerial firefighting.

Dusty joins forces with veteran fire and rescue helicopter Blade Ranger and his courageous team, including spirited super scooper Dipper (voice of Julie Bowen), heavy-lift helicopter Windlifter, ex-military transport Cabbie and a lively bunch of brave all-terrain vehicles known as The Smokejumpers. Together, the fearless team battles a massive wildfire and Dusty learns what it takes to become a true hero.

Look! Is that a SR-71 Blackbird? A F-15 Eagle? A Falcon HTV-2? No, wait, it’s a… crop duster and not any ordinary propeller crop duster! Dusty Crophopper is back, but instead of facing the heat of the race, he now faces something even hotter: the fire; talk about ‘out of the frying pan’. Now take flight with me as we sore over the review of “Planes: Fire & Rescue”! 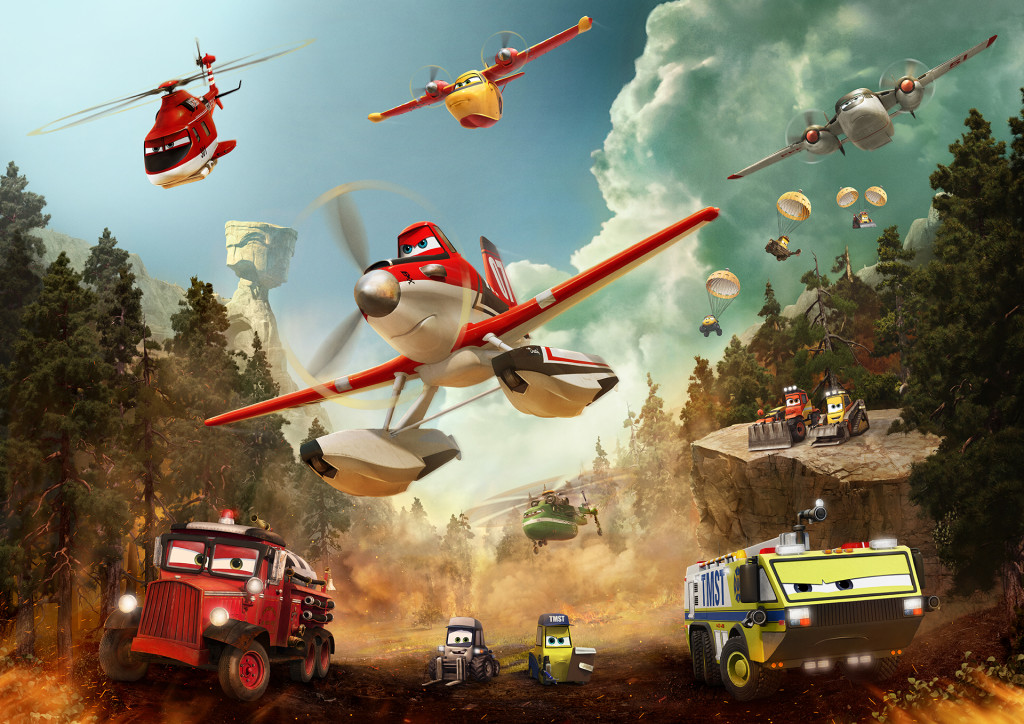 The film begins where the first “Planes” film ended, a fulfillment of a young, vigorous and affable plane’s dream of becoming the world’s first and successful air racing machine. This plane’s name? Dusty Crophopper. After the race of Dusty’s life, he turns racing into a career that eventually leads up to the exhaustion of his engine halting his racing career permanently. Dusty, after accepting his loss stumbles upon a new endeavor: firefighting. This ultimately takes him and his new friends in a new adventure where while others fly out, they fly in.

What I found intriguing about this movie was its moral. The circumstances Dusty is introduced to forces him to look over his options. This teaches that expectations either, in plans or life, will not (if ever) happen accordingly despite how much work someone puts in it. Though this movie is not the first one to introduce this idea (where as movies like Monsters University also used it) I feel still is a message that has not been emphasized enough in children’s movies, which takes the cliché out. 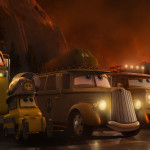 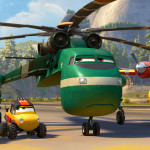 From car puns to witty remarks, the comedy this movie brought proved to be quite hilarious. Watching the movie, I caught myself laughing whole heartedly. These jokes are golden and stand out! You couldn’t just search up these kinds of punch lines. The laughs were results of the whole theater’s (filled with both adults’ and children) engagement with the movie, which proved to be a convivial film meant for all ages. Even with the element of humor, that element did not hide or destroy the plot of the story like many movies do. It simply became a tool to keep the audience’s attention on the screen without wavering, a tool that was used to its full extent.

Despite the morals and the humor that “Planes: Fire & Rescue” gives, the one reason this movie will and should be loved is because of its sole dedication and accuracy to the story, in this case firefighting, and to the brave men and women who do it. This movie, before it was finished, took 4 years of researching and new advances in animation to bring firefighting to its full expression. Additionally, it took 900 people to produce, where 100 of those consultants were actual firefighters, national park rangers, and others collaborating with the producers and animators to make everything true to what this story about these people are all about.

This sequel surely surprised me. It had the heart, humor, and most of all, a fire-y passion for story. “Planes: Fire & Rescue” became a perfect lead up from the first one, if not many times better, hotter than it. “It’s a movie about second chances”, says director Bobs Gannaway and I do believe that Bob’s quote elevates both Dusty and the ‘Planes’ franchise entirely into its true light.