Let Down Your Guard: a review of Marvel’s “Guardians of the Galaxy” 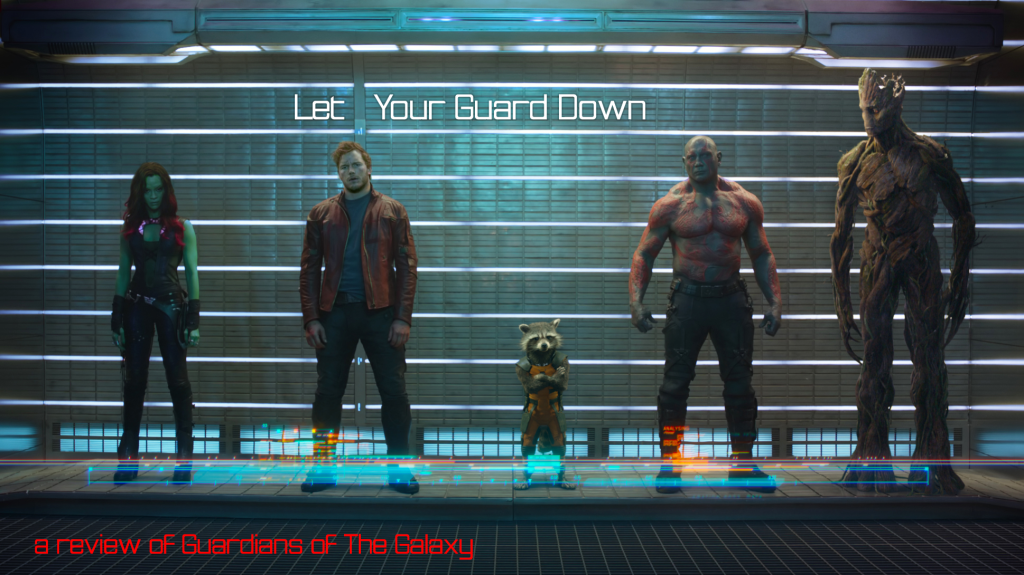 From Marvel, the studio that brought you the global blockbuster franchises of Iron Man, Thor, Captain America and The Avengers, comes a new team—the Guardians of the Galaxy. An action-packed, epic space adventure, Marvel’s “Guardians of the Galaxy” expands the Marvel Cinematic Universe into the cosmos, where brash adventurer Peter Quill finds himself the object of an unrelenting bounty hunt after stealing a mysterious orb coveted by Ronan, a powerful villain with ambitions that threaten the entire universe.

To evade the ever-persistent Ronan, Quill is forced into an uneasy truce with a quartet of disparate misfits—Rocket, a gun-toting raccoon, Groot, a tree-like humanoid, the deadly and enigmatic Gamora and the revenge-driven Drax the Destroyer. But when Quill discovers the true power of the orb and the menace it poses to the cosmos, he must do his best to rally his ragtag rivals for a last, desperate stand—with the galaxy’s fate in the balance.

The franchise that brought you Marvel’s “The Avengers” now introduces a new batch of heroes, but instead of protecting our world from danger, they now bring the balance of the universe into harms way. With the stakes so high and a call for people to protect it, what better people to protect it than a band of misfits? Ladies and gentlemen, enter the Guardians of the Galaxy! 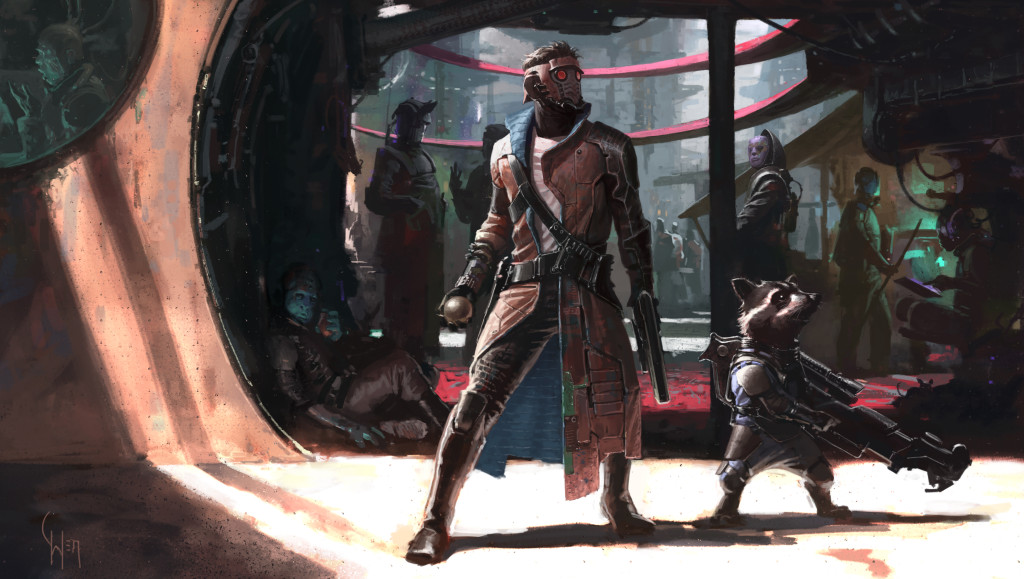 “Guardians of the Galaxy” is an epic space adventure that expands the Marvel Cinematic Universe, literally. Our protagonist Peter Quill aka Star Lord (Chris Pratt) is an infamous thief who stumbles upon a mysterious orb during one of his endeavors. This orb turns out to be an item coveted by Ronan the Accuser, a powerful foe who happens to be another Marvel villain named Thanos’ right hand man. Quill finds himself in a middle of a handsome bounty, and because of it meets the rest of the Guardians along the way, later finding them all teaming up against Ronan.

What I absolutely loved throughout the movie (and what I believe ties it all together as a whole) is the character development. Character development became so crucial that instead of having their introduction help progress the story, it became the main idea of the plot. Even though most of us haven’t heard of them before, the introduction of the Guardians did not drag along. It didn’t take long for us to connect to who they were. “Guardians of the Galaxy”‘s strong suit did not come from the characters’ individuality, with each character having one debut date per year like the Avengers franchise, but instead illuminates the idea of the group which brought Marvel storytelling to a new level. 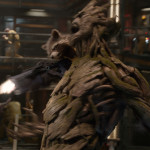 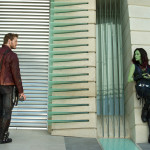 Like the previous Marvel movies, humor was a form of entertainment the franchise could not function without. However this film takes that function and pushes it through concrete walls. Though funny, it challenges the rating of “PG-13”. Not to say that Marvel has resulted to a grimy, explicit, and inappropriate actions of their characters. It is still (if not more) a heartfelt and fun loving Marvel movie that teaches good morals like good against evil. Still, some parts can come as controversial and many aspects of the film are things that we are not used to seeing in the Marvel universe since we’ve been so connected with the light-hearted Avengers. This edginess, though, does not take away from the overall excellence of the movie. It simply adds to the idea that with refreshed characters, stories, and worlds, there would also need to be a refreshed way of telling these topics. 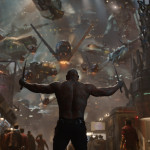 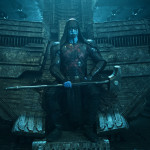 Marvel’s Guardians somehow also managed to bring back some classic 70s music. A movie that associates intergalactic beings with the rhythms of humans like the Jackson Five should be considered a work of art. Music played an important role in the film because it was used to convey emotions and complement the story. I was astonished with how well the story and soundtrack blended when both were in play. I guess one could say that it was an “Awesome Mix”. Expect to hear songs like Blue Swede’s “Hooked On A Feeling”, “I’m Not In Love” by 10cc, and The Runways’ “Cherry Bomb”. I wouldn’t be surprised if a new generation falls in love with 70s music!

In fact, I wouldn’t be surprised if people buy into this new Marvel movie overall! Based on what I have experienced and on what the reactions of the audience were while the credits were rolling, I truly believe that this movie will be worth your time and money. Funny, epic, edgy, and daring describe this band of misfits who we now call on to watch over our universe. It doesn’t sound too great at first, but if you’re ready to let your guard down and experience something fresh and new, watch out for these Guardians when they invade your theater.