Part 1 (the Invitiation & Preparation – a narrative) :

It was 10 AM on Wednesday, April 25. I was in class. I was learning, supremely focused on the material of the Cold War. The iPhone buzzed. Thought it was a text…

Saw it was not.

Opened the email. There it was. Treasure. I really couldn’t believe it at the time. The Cold War thoughts dissipated, learning ceased.

We were invited to attend the press junket of Pirates 4!

It came out of nowhere. I remember talking to our Disney Studios rep back in early February and he said he’d keep us in mind. I honestly thought we had no chance to cover any of these events, but I was wrong. We got it. And what a way to relaunch DisneyExaminer, don’t you think?

Before we even begin this wrap-up, I would like to take this time and report space to thank every single one of the members of Walt Disney Studios Public Relations Department for their tireless work in making all these press events smooth sailing (pirate pun #1 of many) for all of us. I deeply enjoyed working with the lot of you and finally getting to meet all of you and I truly see our professional relationship growing as we continue on to other ventures.

So thank you again.

As I was saying, I was very excited to see what was to come! Right after I got out of class, I called all my live events team members up : Mike, Harrison. They were just as awe struck. Pirates. Come on…

Between that April morning and the junket itself, I planned, planned, and planned some more. Logistics is my thing. I needed to know what gear to bring, what coverage would we be doing, who to bring. I knew that with this kind of opportunity and this kind of phase in DEs life, I knew we had to come out with a bang.

If there’s anything that DisneyExaminer lacked it was coverage and the members to do it. We’ve done photo reports and text tweets from the events we were invited to cover, but we knew it was bland. We knew there were COUNTLESS of other Disney fan sites out there that do the exact same thing.

Why not be different? Why not visual. Why not video.

Why not no more.

And that was it. As you’ll see in the coming images and VIDEO, Marcos was truly the right choice. The only choice, really. I knew him from my days at R146 in Irvine and had it not been that one day sitting in the back chowing on lunch and having Marcos with a professional camera in tow, I wouldn’t been raving about him here now.

So, Marcos was in, Harrison was in, Mike was in. I got my team! Now what?

May 4 roles around like that. It was time for our press benefit #1 : The advanced press screening. Yes, we watched the full movie. Pirates of the Caribbean on Strange Tides was ours for the watching…for the reviewing (get back to that later).

We were quite scared really. It was our first screening and we did not know how it’d be. We were concerned the whole day because we were only allotted 2 people from our website to watch the film. I wanted to bring our editor Harrison for him to get his take, but I also wanted to bring Mike…because he’s Mike and he would do an equally good review from the college perspective. I had to choose one to go with me.

We asked to get another seat. We waited patiently…up to the very last minute before leaving Orange County to make it down the traffic-riddled Interstate 5 and down to the El Capitan Theater, where the screening was to be held. 7:30 showtime.

We didn’t get a response. Quarreling and fighting began, sadness imparted. It was 5 PM. We finally got cleared for a third seat. All was well again. We travelled down.

It was 7 PM. Made it with 30 minutes to spare. We parked at Hollywood & Highland center. We jumped out of the car, we crossed the street, and there it was. Treasure. The gilded and glittering El Capitan.

It was time to watch. 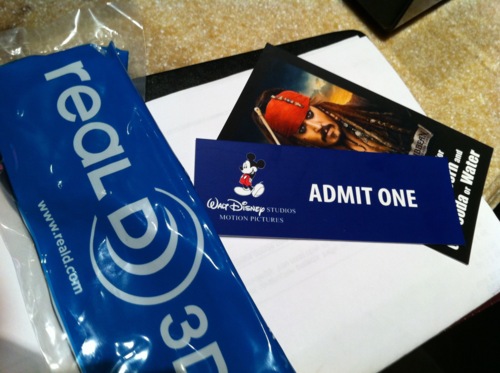 Loot : Real 3-D glasses (same ones from Up…), Entrance ticket, and Johnny Depp voucher for free popcorn and drink! 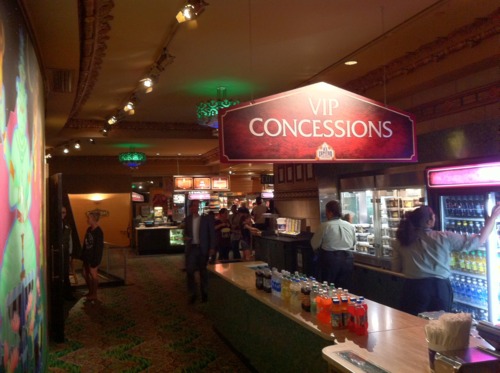 Inside the El Capitan. 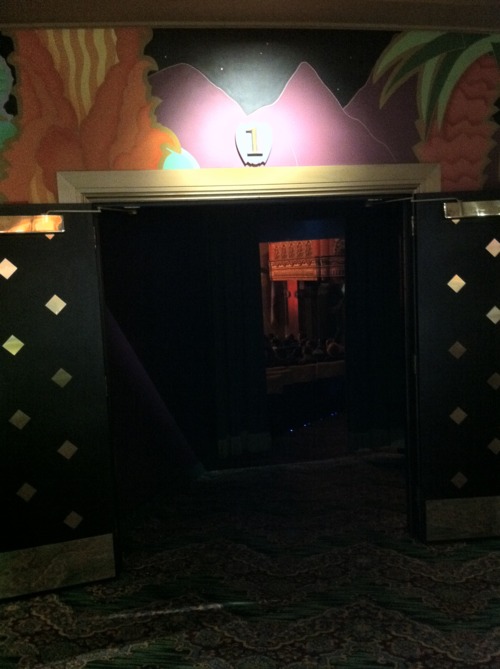 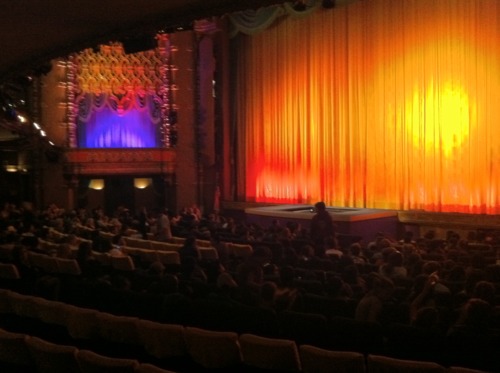 Inside the theater…The El Capitan Organist was playing Disney tunes. Loved knowing that this theater was here as the home to movies that only needed an organ for a soundtrack. El Cap is a great history field trip too! 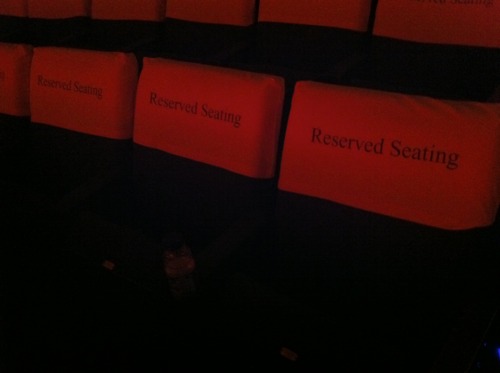 …roughly 2 hours and 30 minutes later… (yes, the movie is long, but it went by like THAT…it was THAT good – full review coming later…but I suggest that you guys watch it…best review ever).

It was time to leave the El Cap. Everyone was exiting…we didn’t. Why? We knew of some secret loot that came at the very end…after the “credits”. 😉

We all wanted to remember this moment, so we waited after everyone was gone and got some last minute shots of the El Cap itself. It certainly was a perfect place to watch such a great movie. The atmosphere DOES make a movie seen more magical…I guarantee it! 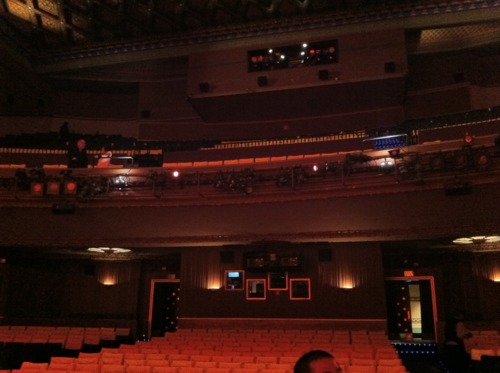 DE sat in the middle aisle, top right in this picture. We do indeed recommend these seats if you’ll be watching the Pirate movie marathon…see the El Capitan website for details! 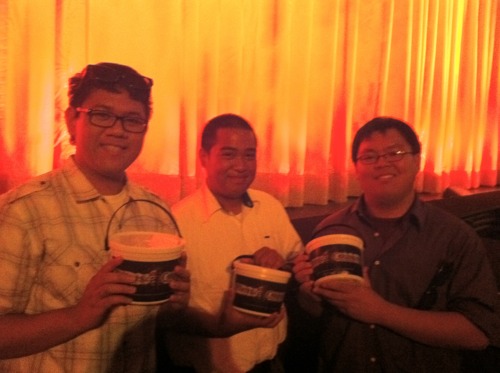 Good night from the El Capitan!

*Click HERE to skip EVERYTHING (which you shouldn’t) and go to our Premiere section of the report!