“Maleficent” explores the untold story of Disney’s most iconic villain from the classic “Sleeping Beauty” and the elements of her betrayal that ultimately turn her pure heart to stone. Driven by revenge and a fierce desire to protect the moors over which she presides, Maleficent cruelly places an irrevocable curse upon the human king’s newborn infant Aurora. As the child grows, Aurora is caught in the middle of the seething conflict between the forest kingdom she has grown to love and the human kingdom that holds her legacy. Maleficent realizes that Aurora may hold the key to peace in the land and is forced to take drastic actions that will change both worlds forever.

From the first animated classics that Walt Disney created by bringing to life classic tales word-for-word from classic storybooks to the most recent films, like Frozen, that gave those classic stories a retelling. It seems like a ‘tale as old as time’, but we don’t need to think hard to find that ‘once upon a time’ is still very much a big part of our time today. 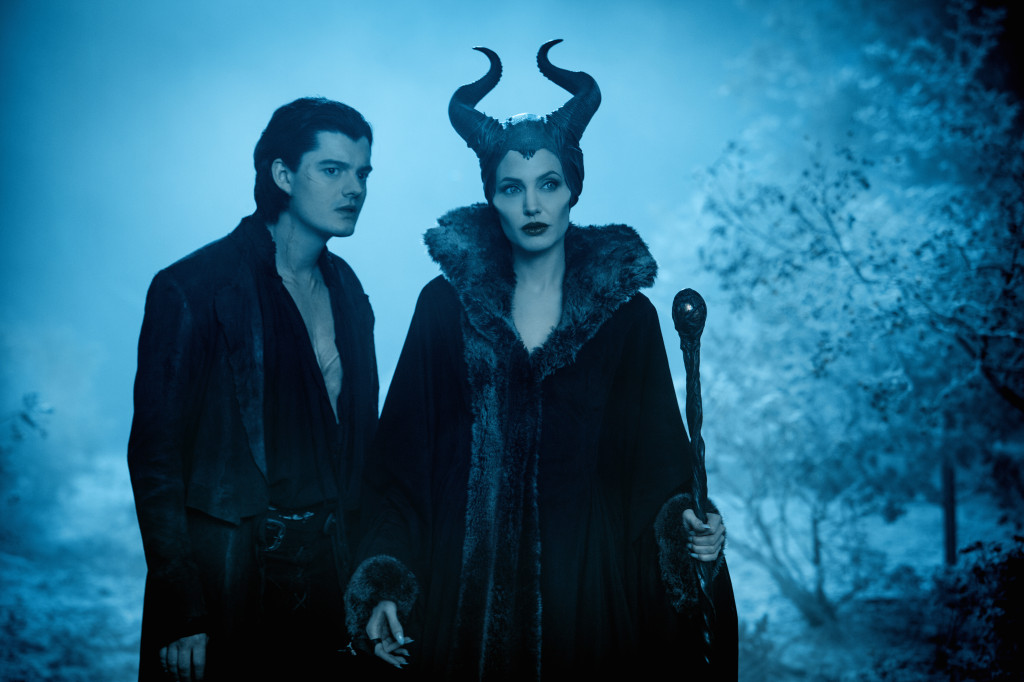 For the Walt Disney Studios, looking back at that movie-storybook history has brought about a new era of going back to their very successful roots in their new and future films. With “Maleficent”, the cinematic arm of the Mouse House has brought us back to one of their classic film based on the classic fairy tale of Sleeping Beauty…except from a different point of view. A darker one.

But certainly the question arises of whether or not a film based on a previous film will be worth watching. To answer that question, I think we must clarify some things before we start casting our own spell-bounding judgements.

Firstly, this film is a retelling. In other words, it only uses the original characters that we first met in 1959 animated classic Sleeping Beauty and perhaps even earlier when the fairy tale came to be. Yes, you’ll see Sleeping Beauty herself Aurora, her tempting finger-pricking spindle, the true-love-kisser Phillip, and of course Maleficent like you’ve never seen her before. As the storybook narrator challenges at the beginning of the film “Let us tell you a tale that you may know well, but lets just see how well you know it…”

Secondly, the retelling will challenge you. In other words, if you are coming into watching this film as a Disney know-it-all or as a purists of sorts, then perhaps you didn’t read our first point above. Since this is a retelling, that doesn’t always mean everything will be as it was and that’s reasonable. For example, Marvel films would be predictable if you knew the comics and perhaps last year’s Disney Wizard of Oz retelling would have just been another Wicked. Movie studios are businesses and they know that they won’t get you to spend your money for a ticket unless that ticket is to a fresh and convincing film that you’ll either endure or enjoy for the next few hours. 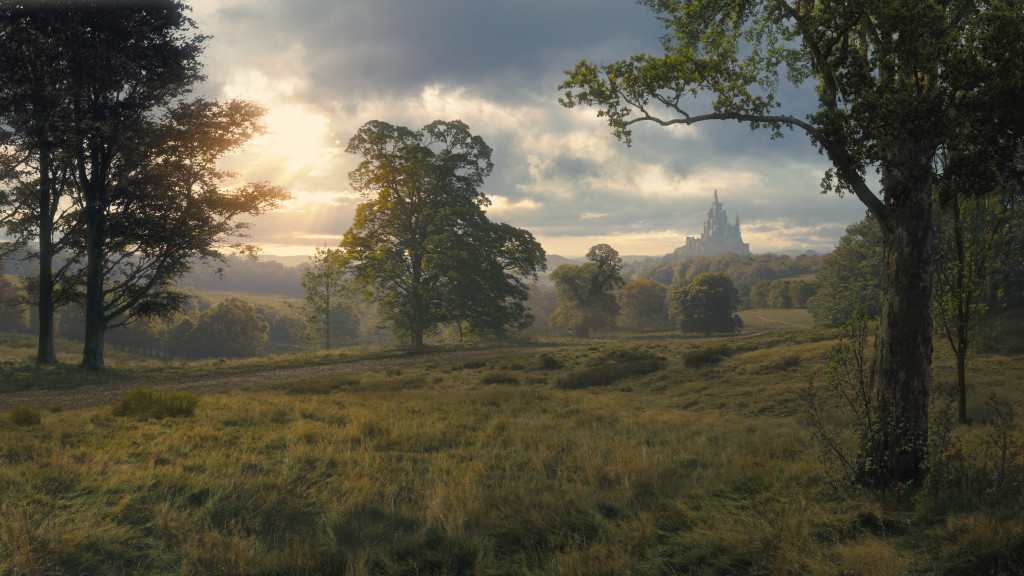 That being said, it was mostly those two things that caught us off-guard when we saw the film and may have ultimately affected the way we received it. Since we first got our glimpse into the world of “Maleficent” at the D23 Expo last year, we knew that Disney’s classic tale would go ‘darker’, but were also told that it would honor the film that inspired it. Let me be the first to tell you (if you didn’t know already) that this movie is a retelling and will challenge you if your heart is really set and in love with the original tale.

You really need to look at the film with these new lenses or else you’ll initially be disappointed like I was immediately after the credits started rolling. After discussing it further over dinner, I was reminded that this film needed to be judged on its own merit and in doing so gave me the rating of “so-so”. The sad reality is that since I am familiar with the Sleeping Beauty tale, a lot of it flushed through my mind as I watched, which brought good and bad thoughts.

The bad thoughts were that some of the surprises of the retelling might feel predictable or that the story unfolded lacking a sense of fluidity. The good thoughts were that the visuals, which didn’t need 3D at all by the way, were stunning (as they should be with director Robert Stromberg having it in his blood). The good also happened to include the evil one with the perfect casting of Maleficent herself with Angelina Jolie embodying the character so well.

But even with a strong performance from Jolie, impressive visuals all set to the tune of a PG rating amid the dark battle scenes and witchcraft, the relatively short (1 hour and 30 minutes roughly) film seemed to have fallen short for some including this reviewer here and I guess that’ll be the thought of many of those watch the film regardless if they read my disclaimer points above or not.

I find that pulling inspiration from their previous films and stories will bring a lot more hype to Disney with the next live-action retelling of Cinderella next year, but only to a niche group i.e. the phrased Disney fans and those who really live in and love “storybook land”.

Yes, ‘once upon a time’ is indeed in our time today, but to say it’s for everyone might be too bold of a statement for now. “Maleficent” was a perfect example of that. As the credits started rolling, there was no applause coming from the critics (who may or may not be so Disney-centric) around me as usually is the case, but a lot of talking and discussion which consisted of the good and the bad.

So if you’re cast under a spell to see this film, just be mindful that although classics must be honored, they don’t have to be replicated.

To say you left the theater ‘happily ever after’ though is up to you.

This review was written by Jordan Poblete, Editor-in-chief for DisneyExaminer.com.