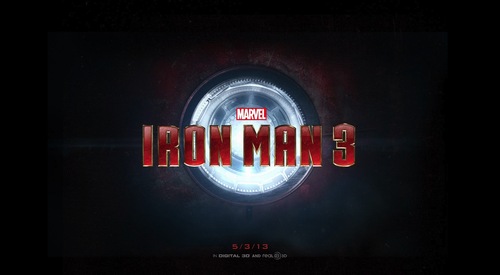 Marvel’s “Iron Man 3” pits brash-but-brilliant industrialist Tony Stark/Iron Man against an enemy whose reach knows no bounds. When Stark finds his personal world destroyed at his enemy’s hands, he embarks on a harrowing quest to find those responsible. This journey, at every turn, will test his mettle. With his back against the wall, Stark is left to survive by his own devices, relying on his ingenuity and instincts to protect those closest to him. As he fights his way back, Stark discovers the answer to the question that has secretly haunted him: does the man make the suit or does the suit make the man? 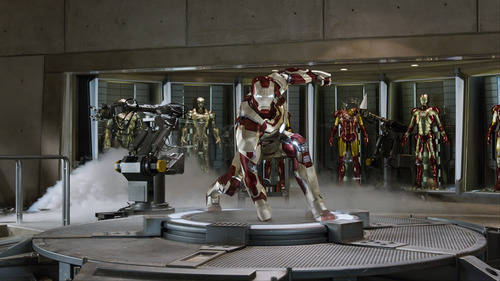 I t has been a little over 5 years since we first met the genius, billionaire, playboy, philanthropist named Tony Stark and since then we’ve been able to see such a man fight evil in two feature films. We’ve enjoyed those past films because of their intense action scenes and visuals, but if you were to remove those scenes and visuals that were prominently featured throughout, what would you have?

That is pretty much the central question that I’m sure all of us at one point or another have asked ourselves when watching any type of action/superhero movie. Action scenes and visuals can be great and all, but to keep a fan following and to keep a legendary icon such as Iron Man legendary, I think it’s safe to say that there has to be much more than just action and smoke screens. They both have to serve a purpose. 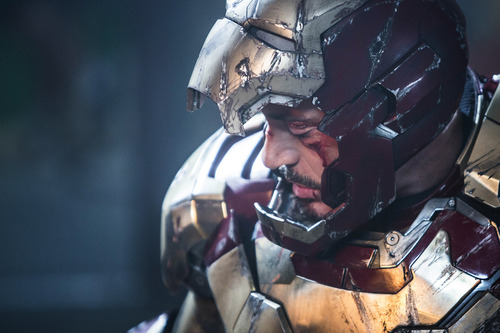 The third film in the “Iron Man” franchise (as you read in the synopsis above) has tried to live up to serving that purpose through the telling of a new story from Tony’s life. If you were to take Tony Stark and strip him from his tech, his legacy, his company, his money, his house, his wealth, and even his suits, who would he be? What would he look like? How would he change? Would he still be Iron Man?

Since we’ve watched the film already and know the answer, we could spoil it for you, but we refuse to! Why?

Because that would be a giant spoiler, of course! But more than that, it would not allow you to go ahead and make a decision to see the film for yourselves.

That’s the purpose of all our DisneyExaminer movie reviews. What we can do, however, is tell you the broad themes of things that we did like (or dislike) from the film in hopes that you can make a decision to see (or not see) the film from knowing pieces of it.

So with that, here’s what we loved in Mr. Stark’s third film – 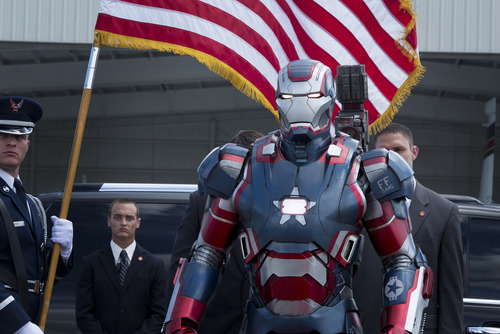 It’s something that you’ll probably see consistently throughout each of our movie reviews. We, just like Disney themselves, applaud any good story.

It’s really what makes the film and that’s what is central in particular to “Iron Man 3.” Parallel to finding out who Tony Stark is apart from his suits, If you were to take away the embelishments of action, visual effects and anything else that would make a superhero movie, would the movie still be worth watching? We think so, but only if that movie has a great story to support it.

We can say with confidence that “Iron Man 3” has a great story filled with emotion, conflict, heroism, thrill, love and laughter. It pretty much is the most story-conscious film out of the three that have now been made and we’re glad that it was so. You really are able to see if Tony Stark makes the suit or if the suit makes Tony Stark.

Then again the suit still is pretty cool…

2) We loved the visuals!

The Iron Man suit(s), the weapons they held, and the devestation that they caused were just some of the visual eye-candy that you’ll once again see. As much as we do love the story of a film, we must also acknowledge that visual effects play a big part of that story as well because a movie certainly wouldn’t be worth watching if it only had us reading the story, right?

Right, because we won’t want to read a screen full of subtitles. Take comic books for instance. The comics that these movies are modeled after never had the benefit of visual effects to tell their story, but with today’s technology and creative geniuses at the movie-making forefront, visuals can play a big part in our movie-watching experience.

The visuals specifically for “Iron Man 3,” like the rest of the Iron Man films come in the form of innovative Stark tech that we’ve seen before and a whole lot of fighting scenes that will have you at the edge of your comfortable theater seat. What’s more is that not only do the visual effects bring the “Wow!” effect like they’re supposed to, they all have purpose in telling the overall story as well. You’ll certainly see that in this film…no matter how malfunctioning and wrecked that the visually appealing (or unappealing) Stark tech gets during the course of the movie…

3) We loved the characters!

Another part of the movie’s story comes in the form of the story’s characters. If you don’t have characters (or a cast that plays them) that gets along or doesn’t feel like they play the part they’ve been cast as, then the whole movie goes sour – sour as a unripened “mandarin”… 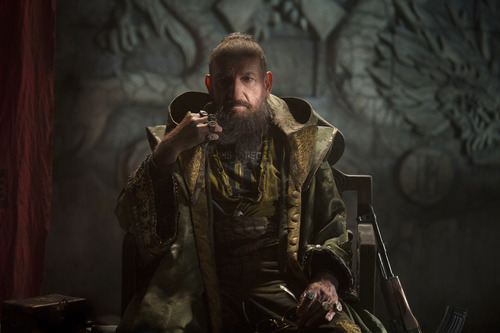 “Iron Man 3” does not have that problem as a majority of the protagonist characters have remained since the very first film where we first met them. What you will see in this film is a development of each of the characters that you’ve come to know and love. 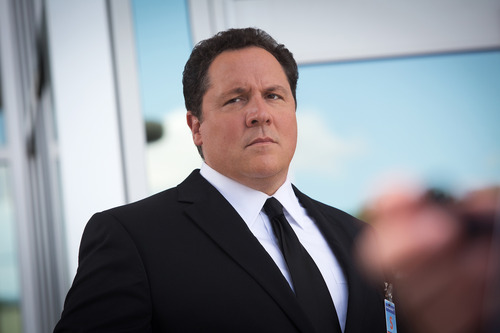 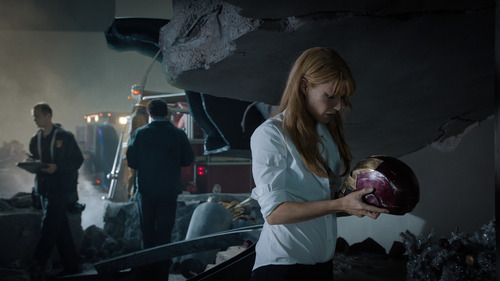 You’ll get to see a little more Pepper Potts (Gwyneth Paltrow) and her dedication for not only her job as CEO of Stark Industries, but for someone special. 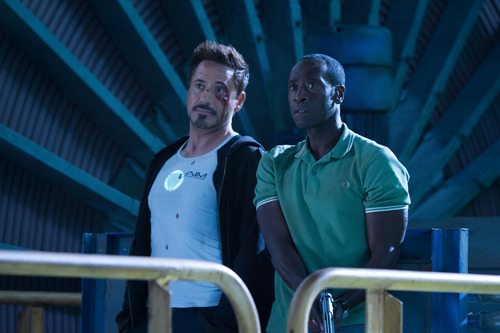 You’ll even get to see Tony Stark (Robert Downey Jr.) as himself. Minus his armor and legacy as genius, billionaire, playboy, philanthropist and how he’ll rely on all his friends including Col. Rhodes (Don Cheadle).

“Iron Man 3” is a unique film in that it is like no other Iron Man film that we’ve seen before. The overall feel of the whole film is quite dark compared to the other films and that has to do with what’s really at the center of this film in particular. It had to be that way in order for the story to be carried along. 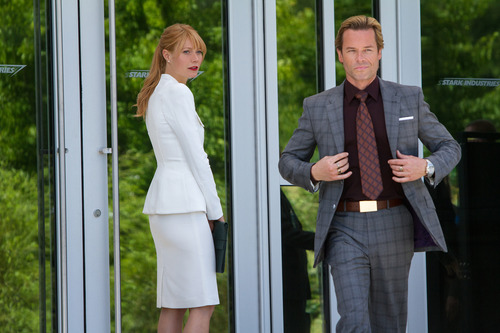 You really can’t see if the suit makes Tony Stark or if Tony Stark makes the suit unless you test that suit and man to its breaking point. That is done through the intense and quite imaginative fighting/rescue scenes, the always awesome and crazy visuals that show all that and the characters around Mr. Stark that show their true colors just as much as you’ll see Tony himself at the end of the film.

So does the suit make Iron Man/Tony Stark or does Tony Stark make IronMan/suit OR are they one in the same? 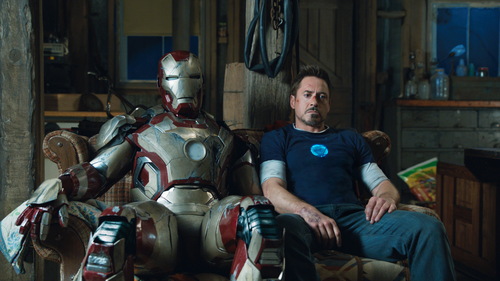 That’s for you to find out this Friday when “Iron Man 3” flies into theaters this coming Friday, May 3!

This review was made by Jordan Poblete & Lance Cruzado.