The New Kinds Of Heroes: a review of Disney’s “Big Hero 6”

Walt Disney Animation Studios’ newest endeavor Big Hero 6  is an action-packed comedy-adventure about the special bond that develops between prodigy-genius Hiro Hamada and a compassionate, inflatable robot named Baymax. The film is inspired by an older Marvel comics super hero team of the same name.

In the film, Hiro is determined to uncover the mystery of an enigmatic masked villain that seems to be up to no good. Along with Baymax and his 6 close friends, Hiro uses his genius robot-expertise to transform them all into a band of high-tech heroes whose mission is to not destroy lives, but help them find goodness. Yes, the film is a perfect example of what Disney storytelling is able to do with our feelings and that’s no different in “Big Hero 6”.

Still with a Marvel influence, Disney does it again with a film that balances action, humor and emotion. But what sets the 54th animated feature film apart from any of the other Disney animated films is the breathtaking animation and the progressive, relatable characters. 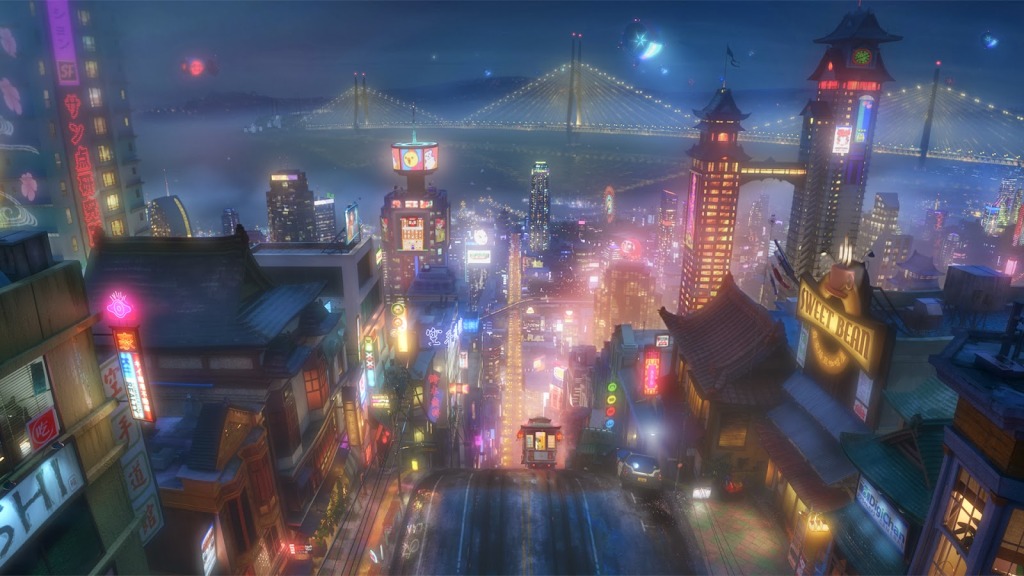 The setting of the film is the fictional yet very creative town called San Fransokyo, a blending of the east and the west that is as lively as the action sequences in the film itself. The animation of the San Fransokyo is astonishing. With the help of newly created tools developed by Disney animators, things like the city and the other worlds you’ll encounter in the film have allowed filmmakers to animate huge environments for their stories to play out.

The new wave of relatable, ethnic characters in “Big Hero 6” is also a first in a Disney film. Hiro, being half Asian and half Caucasian, marks the first time an Asian-American character is featured as the protagonist in a Disney-made film. Hiro’s friends in the movie include Gogo Tomago, who is Asian, Wasabi, who is African-American, and Honey Lemon, who is Hispanic (and all of which are voiced by the their ethnic human counterparts). As one of our writer’s little brothers named Adam put it when he saw the film “It was interesting how the super heroes made their own powers in a way. It was very creative.”

That creative creation of such characters only adds to the film because each one is very relatable not just through culture, but motive and heart. Including the already all too familiar Baymax. 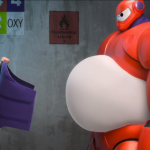 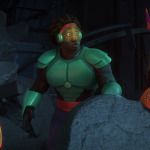 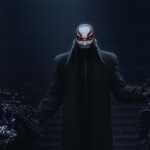 Yet with the amazing animation and the original characters, the story of the film reigns supreme and is the real hero. At its core, you’ll get to see the relationship that develops between Hiro and Baymax and what you’ll find is nothing short of heartfelt and meaningful – just the way Disney likes it. Sure, good triumphs over evil in the end, but the way it gets there is what we Disney audiences love seeing (and feeling).

Still, the story and its theme of ‘happily ever after’ might be familiar in the sense that the film was what you expected after watching the previews or just expecting what Disney Animation has done for years. And that’s what they really wanted to do with this film and all their other films to come. If there was one thing I had to criticize would be that familiarity – there is no doubt about the greatness of the story, but there wasn’t anything new or unexpected.

Ultimately because of an amazing cast of characters, brand new visual effects, and the emotional story they all collectively make up the new kinds of heroes in animated cinema. I can say that “I am satisfied with your film, Big Hero 6.”

Oh, and be sure to stay after the credits. It is, after all, based on a Marvel comic…

Be sure to also read our review of the animated short called “Feast” which is shown in front of “Big Hero 6” by clicking HERE.

This review was written by Kevin Chiu. All reviews are personal opinions and may not reflect the attitudes of other writers for DisneyExaminer.com unless stated otherwise.