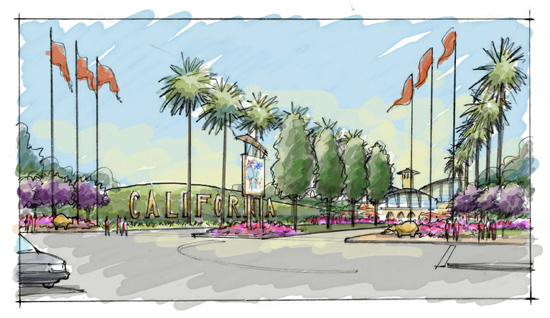 It wasn’t too long ago that giant letters once dwarfed the entrance to Disney California Adventure. They spelled our state’s name and as part of the revamp of the whole theme park, Disney decided to take them away forever…or so we thought.

Disneyland announced today that they have donated the giant letters to Friends of the California State Fair up north in Sacramento. This nonprofit organization benefits the California Exposition & State Fair (Cal Expo).

The letters will be shipped in September and then will be be strategically placed at the entrance of Cal Expo center and where guests will be able to be see the letters before driving in!

We’re glad to see that these things will be reused for better, fitting purposes!