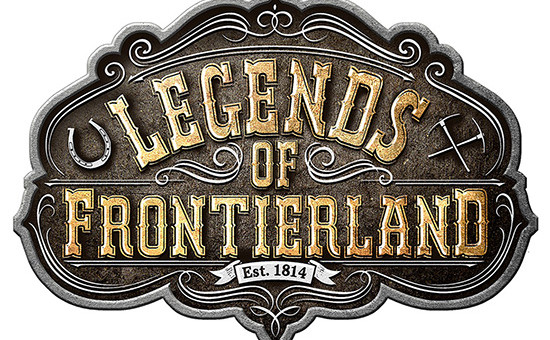 Regardless of whether you consciously know it or not, you’re immersed and living out the stories of Disney every time you walk into a Disney Park. You’re escaping the fabled Yeti of the Himalayas when you jump on a train at Expedition Everest. You’re helping Mickey Mouse become a mapmaker as you watch “Mickey and the Magical Map“. The storytelling never ends for Disney and it’s so good that your reality willing steps aside all the while.

It’s certainly great that Disney is taking the storytelling responsibilities at their Parks and Resorts, but you’d be lying if you said that you never wanted to be a part of telling that story, too. And although you won’t be able to physically attack the Yeti on Expedition Everest or join Mickey on stage to help him finish that map, the most recent announcement from Disneyland certainly opens up the door for you to get more involved in telling Disney stories.

Beginning July 9, guests visiting the Disneyland Resort will have the opportunity to take part in a new experience that’ll make them the storytellers using everything in Frontierland as their inspiration. With the help of some cast members, guests will have the opportunity to “be part of the [Frontierland] story themselves – naming, creating and developing their own characters and influencing the direction and action.” In other words, everything in Frontierland from the buildings to the food options and even the cast members will all play a part in telling the story of Frontierland. All you simply have to do is visit. Here’s the setup:

Frontierland and its neighbor, Rainbow Ridge, are in the midst of a good, ol’ fashioned land feud. Rainbow Ridge – a once-booming mining town – has dried up, and they have their eyes set on Frontierland. The steady, hardworking folk in Frontierland want to keep the town safe and free of rougharound-the-edges, opportunistic types. Rumors are spreading that gold has been discovered in mines belonging to Frontierland, and there is even a rumor that Frontierland itself sits on the motherlode! Whether or not the rumors are true, the folk in Rainbow Ridge have one thing on their minds: take over Frontierland! Thus, the struggle begins…

Although details on what exactly will happen during this new way of Disney storytelling, we do know the concept will be very similar to a concept that was previewed (or in Imagineering terms “play tested”) for attendees of the D23 Expo last year where a very enthusiastic cast member would very much treat you as one of his/her own letting the story play out as if it were real life. It was all really believable and we’re excited to hopefully see that occur with this new experience.

Be sure to follow us on Twitter, Instagram, and Facebook on July 9 as we take part in the new Frontierland experience “Legends of Frontierland: Gold Rush!” at Disneyland Park. We’ll be posting all the noteworthy updates to those accounts so you can see if you’d be a good Disney Parks storyteller!

Disneyland touts that this experience will be “a whole new way to experience a land in a Disney theme park,” possibly meaning this concept could make its way into other lands at Disneyland and even into other Disney Parks. Are you eager to see it all come together? What are you expecting? Tell us in the comments below!