2016 has just started and Disneyland is already getting ready for Star Wars Land. Unfortunately, the construction that is currently taking place has closed a certain path that guests could take to get from Fantasyland to Frontierland. That path made it convenient for guests to traverse across the park without dealing with large crowds when it came to the live performances during the nighttime spectaculars such as ‘Paint the Night’ and ‘Disneyland Forever’. With that route being closed, these are the next best routes to take to potentially avoid pushing through people in crowds. Let’s get into it!

First and foremost, make sure that you check when each show runs during the day. ‘Paint the Night’ will run nightly once during weekdays and twice during weekends, while ‘Disneyland Forever’ will show once nightly. Expect Main Street to be extremely packed with guests watching for both shows. An easy way to avoid the crowds is to cut through the Emporium and other shops along the left side of Main Street. 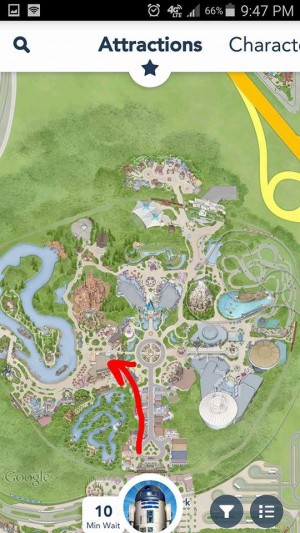 Another route to take to avoid crowds during ‘Paint the Night’ is to take the monorail from Downtown Disney. This is especially helpful for people who are trying to get into the park because it completely bypasses the crowds in Main Street. Of course it’ll take you directly to Tomorrowland, but its definitely better than pushing through all the guests watching the parade or trying to get to the other lands. 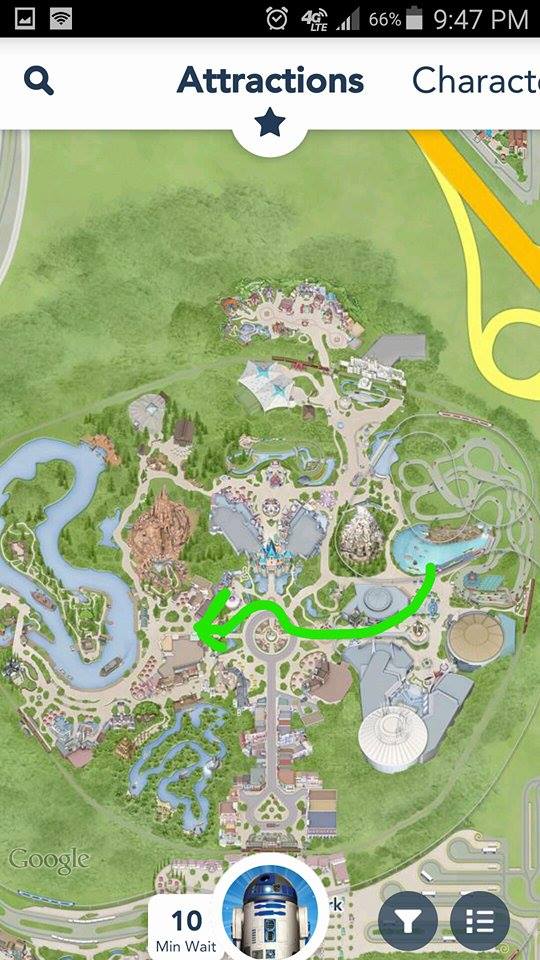 In order to get from It’s A Small World to other lands during the fireworks, it’d be easiest to go straight down to Fantasyland, passing by the Matterhorn Bobsleds on the left and Alice in Wonderland on the right. That way you’ll make it to the hub where you can figure out which land you want to head towards. 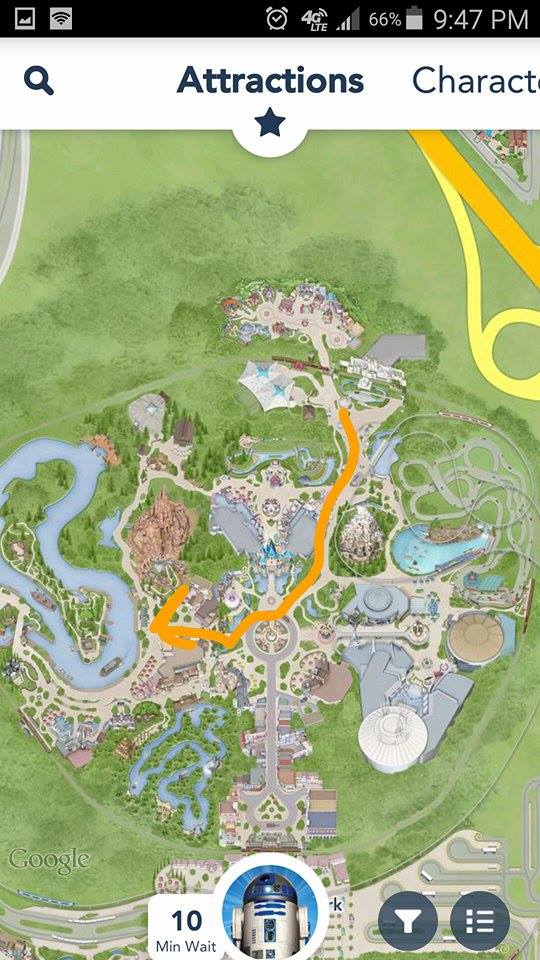 Getting from It’s A Small World to other lands during the ‘Paint the Night’ parade is a different story, and requires a different route than the one pictured above. The easiest way to traverse through the crowds is to head through Tomorrowland by taking the route through the Matterhorn Bobsleds and the Finding Nemo Submarine walk-through. 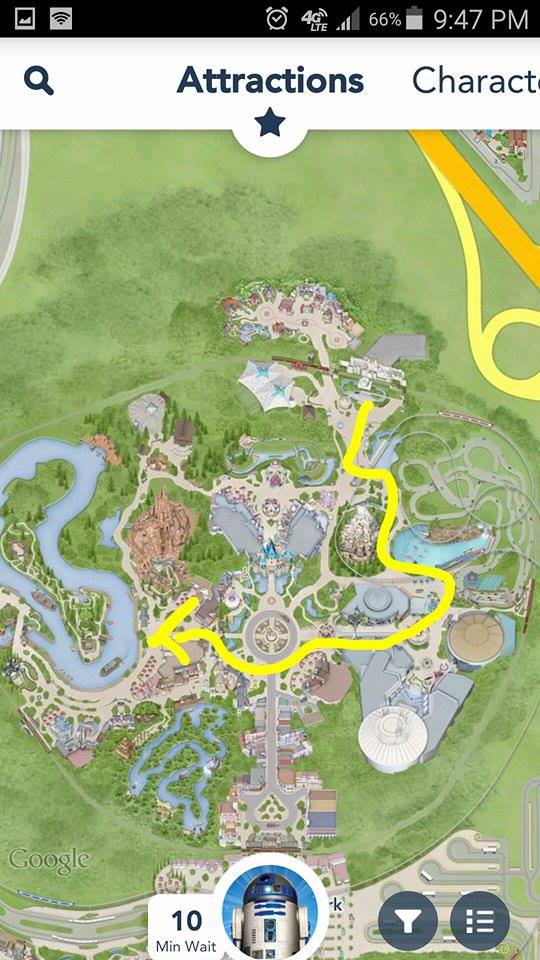 Adventureland/Frontierland Route to Other Lands 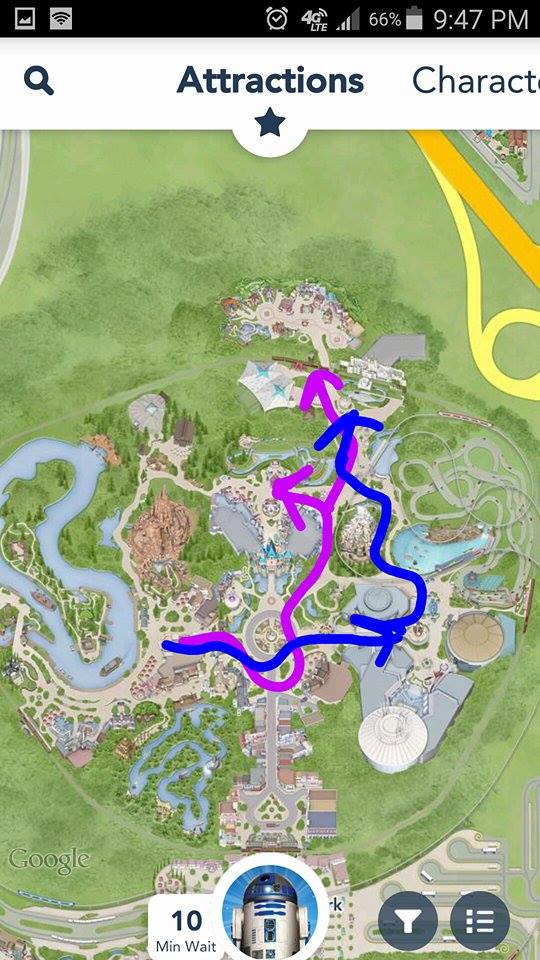 The trail that takes guests from Frontierland to Fantasyland and vice versa will be closed for awhile, making it more difficult to get to various attractions during the nighttime spectaculars. The only thing we can do is to try and figure out ways to get around the crowds. Hopefully these different routes can help you on your next trip to Disneyland!