I had the opportunity to watch “Soul” a few months back when Disney Studios PR sent us a review screener. At the time, there was no vaccine and the Coronavirus pandemic was still taking people down. 2020’s final months were ripe for something good to happen, so I was very excited to see this movie: an emotional Pixar feature that would reach deep into my heart and fill it with hope.

The premise of “Soul,” was presented through trailers and messaging that pushed the existential storyline with phrases like “What would you want to be known for on earth?” and “Don’t waste your time on all the junk of life.” It was in line with what director and writer Pete Docter at the time (circa 2019 D23 Expo) spoke of what the film would be: a Pixar take on answering the ‘meaning of life’ question.

What we also knew about the film was that it would aim to answer that complex question through a Black protagonist. It would be Pixar’s first time having a Black main character anchor one of their feature films.

Understanding that and their relentless efforts to honor the culture and heritage of their characters with research, Docter recruited Kemp Powers, an acclaimed Black playwright and former reporter to build more of that experience into Joe Gardner’s character. While Kemp was included as a writer and co-director, steps were taken further to include even more Black voices to influence the film, including everyday Black Pixar employees and more notable personalities like jazz legend Herbie Hancock.

Jazz, according to Docter in an early press day, described seeing a video of Hancock talking about how jazz isn’t just “music dis-ordered,” but how each musician who plays it is looking to make order out of what seems like chaos. “That sounded a lot like life,” Docter said. “It’s a hopeful view and can apply to everybody.”

So yes, “Soul” does include a lot of jazz, or “Black improvisational music” as Joe Gardner says in the film, a line written by Kemp Powers. Powered by the skilled musicianship and mind of Jon Batiste, a famed Black jazz artist, the film does a great job at featuring jazz and Black culture.

It’s when the existential storyline comes through to try and weave it altogether does the film become chaotic and disconnected to its own soul.

The first third of the film sets up not just Joe, his life, but the ethereal world as well (terminologies, environments, etc.). As many have pointed out on social media, it’s a bunch of things that are needed, but is all pretty heady when it comes to concepts as this is a very conceptual film since it’s taking a creative stab at the afterlife. At the same time we’re learning about what it means to be “in the zone,” we’re also trying to connect with Joe’s love for jazz and why he does what he does as it pertains to his culture and environment.

Into Act Two, we delve deeper into both of those aspects of the story, meaning more things to learn about metaphysical concepts and Joe slowly getting to appreciate the everyday things he did in his life. The movie closes in traditional Pixar fashion with a very emotional and timely look at self-worth and how we should start “living” by feeling and appreciating every good and bad thing that life has to offer. 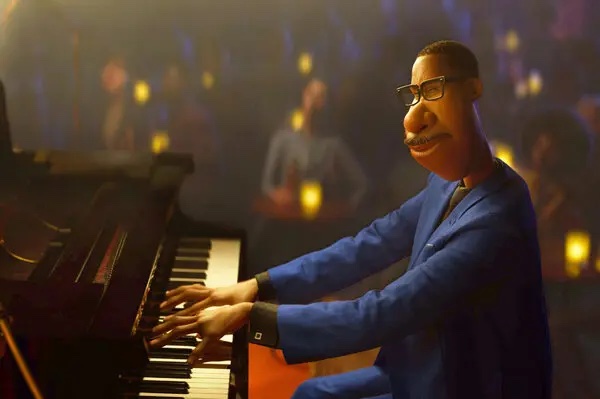 Sadly, I didn’t connect very well to that emotional ending because I was too busy trying to play catch up in everything that was happening before that, namely Joe’s life, afterlife, and present life. I feel like my soul was being pulled in different directions with Docter and Powers doing the pulling.

It really felt like Docter really wanted to tell one of his signature stories, one that has to do with “unreal” things – emotions (“Inside Out”), second chances (“Up”), and even bedroom monsters (“Monsters Inc.”). Powers wanted to tell the story of the Black experience with scenes written where many of those people and experiences happen: a barbershop, a New York City public school, and of course, the jazz club.

One can argue that many cultures share life story themes and situations that are accessible by all audiences of different cultures. One Pixar example was “Coco.” It told the story of the importance of family and all the underlying themes associated (sacrifice, unity, passions, etc.) using the backdrop of a Mexican family celebrating a real-life cultural celebration in Dia de los Muertos. It did a great job at weaving together literally the unreal and the real with an ending that we all felt because we got the lead-up into it.

Don’t get me wrong. Pixar’s “Soul” is a beautiful film with beautiful music and visuals that a Pixar film should have. Both Docter and Powers had great timely things to say about life. I had only wished that those two stories came together – just like jazz.