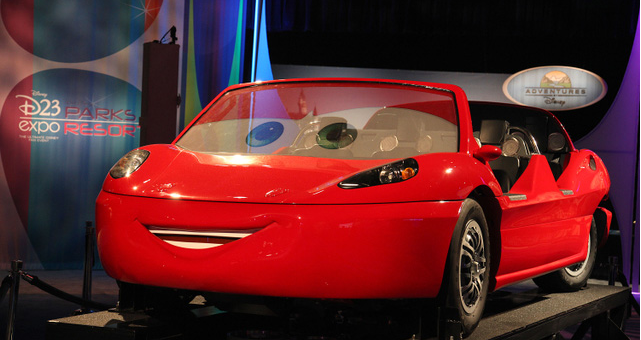 Disney Parks has announced earlier this week and at the D23 Expo that they have begun ride testing of Radiator Springs Racers!

From initial reports, we hear that Lightning McQueen has indeed been put back on the track, which is almost complete, for speed test and programming. The interior of the attraction is now being fitted with the show elements as well as we speak.

After seeing the Cars Land exhibits at the D23 Expo, we are even more excited to see how the Land will turn out! Test Track in the West is something to be excited about!

Cars Land is on schedule to open next summer 2012!