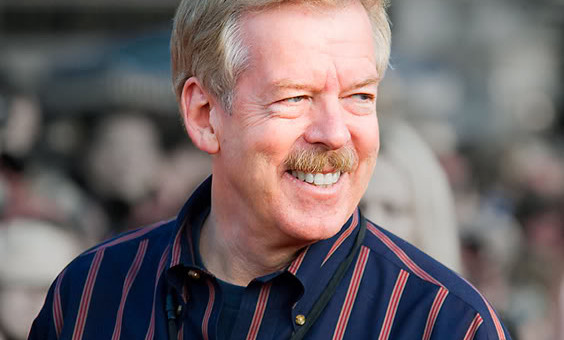 Folks, you must understand something.

Disney magic doesn’t happen with just smoke and mirrors, nor are they miracles for that matter. Disney magic’s origin comes from the mind. The mind of many.

The people at Walt Disney Imagineering (WDI) have the incredible task of “dreaming,” and ultimately building what they think are our dreams and fantasies. However in the case of one Imagineer, we certainly think that he made his dreams our dreams as well.

A few weeks ago, long time Imagineer and Disney Legend Tony Baxter sent an internal letter to his fellow Imagineers that ultimately announced his retirement and new role as “part-time advisor” for WDI. With over 30 years with WDI, Mr. Baxter and his team were responsible for creating many of the attractions and experiences we love today at our favorite Disney Parks.

Starting as a humble ice cream scooper at Disneyland in California when he was 17, Mr. Baxter quickly made a name for himself by pitching many attraction concepts which later got him hired by the folks at Imagineering. After his first big hit attraction Big Thunder Mountain debuted in 1979, Mr. Baxter quickly made his way up the corporate ladder to eventually oversee many more attractions and experiences that include, but not limited to:

As you can see, many of these attractions and experiences are our favorites and so it is without question that Mr. Baxter has indeed made his way into our lives, leaving an indelible mark on us and the Disney Parks that we know and have grown to love.

We had the opportunity to interview Mr. Baxter at the world premiere of Pirates 4 at Disneyland a couple years ago. Watch as he describes what Disney Parks has done to influence movies by clicking HERE.

On behalf of all of us at DisneyExaminer, we would like to wish Mr. Baxter a very happy retirement and our gratitude for a life of dreaming our reality.

Please feel free to send your well wishes to Mr. Baxter in the comments!