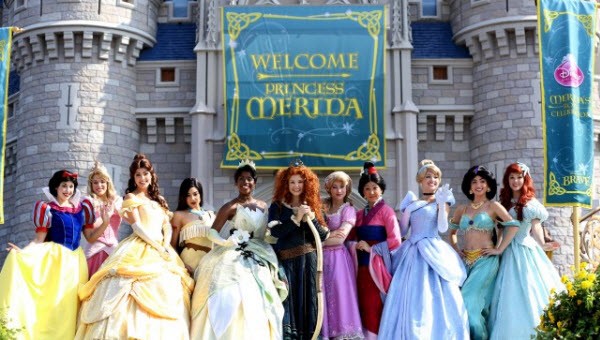 If you all recall, Merida from Disney’s “Brave” was welcomed into the Disney line of princesses with an elaborate coronation ceremony in front of Cinderella Castle at Magic Kingdom Park inside Walt Disney World in Florida. The ceremony itself had a lot of pomp and circumstance with musical numbers, speeches, and TV cameras.

We received a good lead from an anonymous source that Disney will also hold a similar coronation ceremony for the newest princesses to be featured in a Disney movie. We’re talking about Elsa and Anna from Disney’s “Frozen”. From what we know so far, we know that it’ll be in front of a Disney Parks castle and will be televised. So far as where the coronation ceremony will take place and if it’ll be viewable to the public, as well as where it will be broadcast – we don’t know!

Nevertheless, it’s noteworthy and we figure that it is worth mentioning here so you all can discuss it and post any new leads you may have heard too. We’ll update you all if we hear anything officially from Disney.