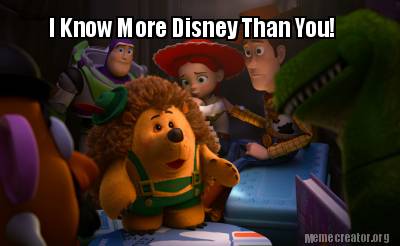 All over the world, people know Disney. It’s a household name and everybody loves what they do for the world. They made it that way by making merchandise, creating theme parks, making movies, even producing television shows that seem to serve anyone and everyone.

If you’re like me and love it all no matter what it is, then chances are you’re a Disney know-it-all! You know where most hidden Mickeys at Disneyland are, the meaning of “A113” in Disney movies, and probably more than your Disney noggin can allow! You know who you are, but just in case you don’t, here’s a list of different things that may help diagnose you.

Disclaimer: whether you believe any of these are true, is up to your imagination!

1. The lamp above the Main Street U.S.A. fire station at Disneyland Park is always lit 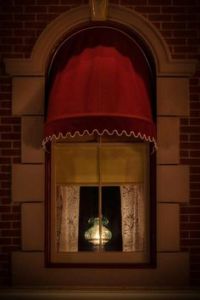 And has stayed lit in memory of Walt Disney.

2. When you know the “ghost host” elevator spiel word for word in the Haunted Mansion 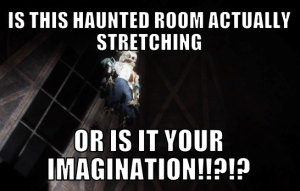 We’ve all been there when we hear an echo coming from the left or right of us. “IS THIS HAUNTED ROOM ACTUALLY STRETCHING OR IS IT YOUR IMAGINATION? AND CONSIDER THIS DISMAYING OBSERVATION, THIS CHAMBER HAS NO WINDOWS AND NO DOORS HAHAHAHAHA. OF COURSE THERE’S ALWAYS MY WAY!!!!! AHHHHHHHHHHHHHHHHH”

3. Getting a million points on Buzz Lightyear’s Astro Blasters 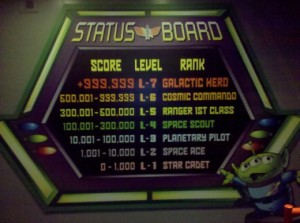 Just hit the targets 100% of the time. Especially the lighted ones!

4. Rapunzel and Flynn Rider make a surprise visit to Arendelle

It’s not the first time in forever that Disney has put easter eggs in their animated films.

5. Previously if you yell “Andy’s coming!” to any Toy Story character at a Disney Park, they’d play dead 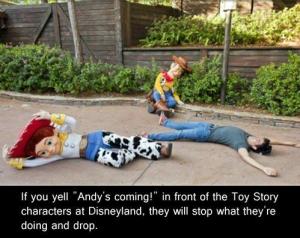 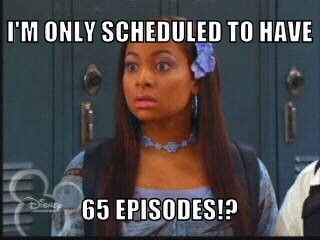 7. Knowing where the full-body hidden Mickey is located 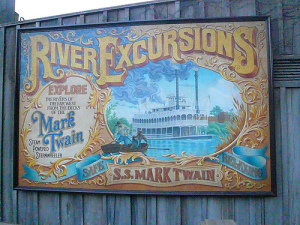 Hint: it’s somewhere in that picture at Disneyland Park.

8. Knowing which DLRR train has the caboose anyone can ride in 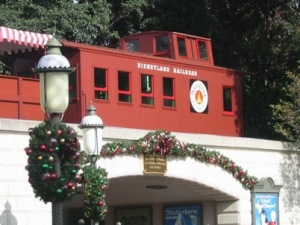 Yes, it exists and yes, it’s for anyone – first come, first serve for a private ride around the Magic Kingdom!

9. Showing your friends the real bones in Pirates of the Caribbean 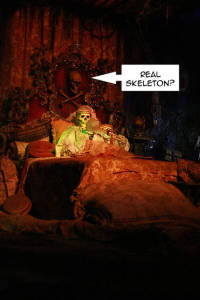 10. Finding Mickey Mouse ears on a lost tourist in the Indiana Jones attraction 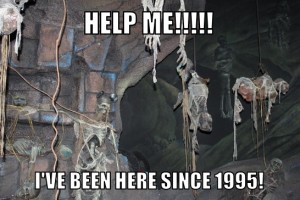 “Tourists. Why does it have to be tourists?”

11. Knowing where you can smell gingerbread before Christmas comes to the Resort 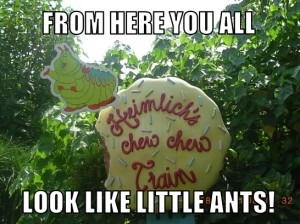 Heimlich will lead the way!

12. Pixar movies aren’t fully Pixar until they have a hidden A113 in it somewhere 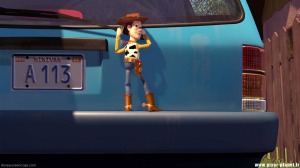 Question is: why? It’s actually the classroom number of some of Pixar’s most notable directors and animators!

13. There is a prison for little children inside ‘its a small world’ 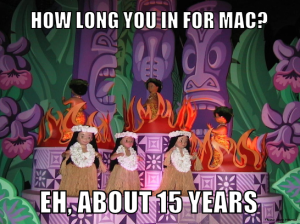 Be on your best behavior or be a permanent doll addition.

14. There’s an Eeyore sign in the film room of the Indiana Jones attraction at Disneyland Park 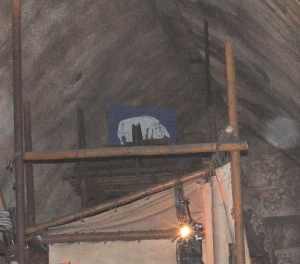 It’s there because the attraction was built on the former Eeyore parking lot!

15. Anastasia is totally a Disney movie 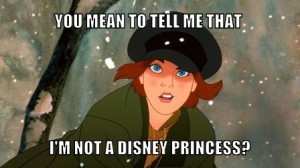 If you know all 16, then chances are you’re one of us!

What are some other things you think makes a Disney know-it-all?