Have you been to the Disneyland Resort on certain days and have seen groups of people wearing similar clothing? Maybe folks wearing red on a certain weekend in October or people walking right down the middle of Main Street U.S.A. looking very fancy? No, you aren’t seeing things. You’re experiencing a Disneyland meet-up!

Although aren’t official organized by Disney, these events were created by enthusiasts who wanted to bring their very real culture to their favorite world of fantasy.

Most everyone who’s been to the parks in recent years know about these events like Dapper Day, where people dress up in their fanciest getups and parade around like it’s the 1920’s, and Gay Day, where people embrace the ones they love whether opposite gender or not. What these folks may not know is that these two are just that – two of the many other meet-ups that happen at the Disneyland Resort (and other Disney Parks) throughout the year!

Here are 10 of the most popular meet-ups I have discovered:

Dapper Day began in 2011 and has continually grown since then. Dapper day is about showing people your best and doing it in style. The event is done twice each year, once in the spring and once in the fall. If you weren’t able to attend Dapper Day this year don’t lose hope because it will be back again Feb 28 – March 1 of next year. 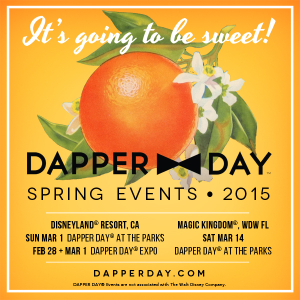 Gay Day was started when Disneyland pulled the plug on a yearly private party for gays and lesbians. In reaction to it, Gay Day was set up so there was always a time when these folks could go and enjoy each others company in the Magic Kingdom. 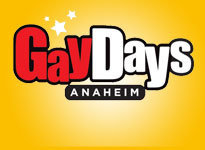 No, this day isn’t about bats! It’s about people coming together who embrace everything from the steam punk and Gothic subculture to rockabilly and Halloween subculture. It started as a park meet up in August of 1999 and has now grown to be a full convention-type affair. There are special panels, vendors selling their crafts, and even a special dinner held during that weekend.  If you missed it this year Bats Day Fun in the Park will come again from May 29 – 31. 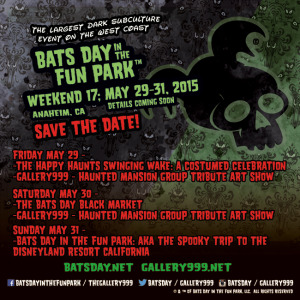 Potter Day is the day when all fans of Harry Potter come together and celebrate the books and universe that author J.K. Rowling has created. The event has been going on for seven years and this year will be their final one. If you’re a fan of Harry Potter, you definitely don’t want to miss this. Potter day takes place Nov 1-2. 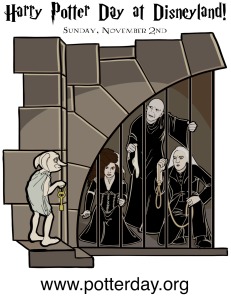 This is the unofficial meet-up for all Whovians to come together and celebrate the Doctor and all his adventures. The first ever Galliday was January 19, 2014 and they had another one on September 21 as well. During Galliday there are events such as photo scavenger hunts, a twitter and trivia game, and a lot more to enjoy! Expect another one in the near future – just as the Doctor ordered. 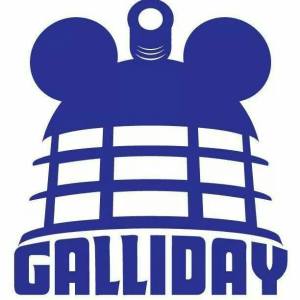 Lolita Day is a day when woman dress up in their best lolita dresses and spend the day at the park. There are photo ops and a chance to hangout with other lolitas! Since the latest Lolita Day was October 19, look forward to more events like this next year!

This day is all about the music genre Ska. People dress in their favorite Hawaiian or band t-shirts and celebrate music, peace, unity, anti-violence, & anti-racism. They also have scavenger hunts, photo ops, and opportunities to meet friendly new people who also like this genre of music. 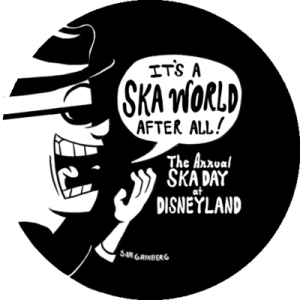 This celebration was the most surprising of them all for me, particularly because this is one of my favorite subjects. Disneyland of Departure is the unofficial Kingdom Hearts meet-up celebrating the hit Disney video game. This annual event was last done on October 3, 2014 and starts in Downtown Disney until 4 PM when everyone enjoys each other’s company in their official Halloween party nearby. 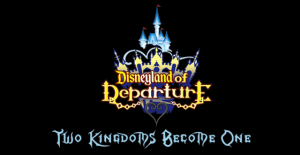 Star Wars Day is self-explanatory. It’s a simple Star Wars meet-up for the fans by the fans of the Lucasfilm saga. There’s a group picture and a group watching of the Jedi Academy show in Tomorrowland. If Star Wars is your life, then you don’t want miss this! 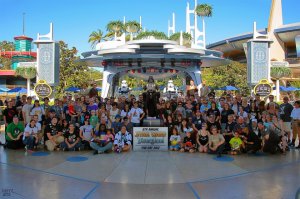 Steam Day is the best organized event that celebrates the steam punk subculture. People in cowboy hats with jet pack backpacks and bronze cyber monocle can tell you that if you like steam punk then this day you’d want to make a trip to the parks for! 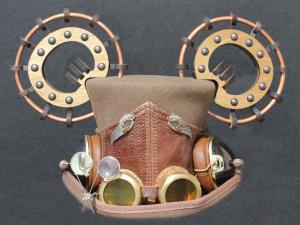