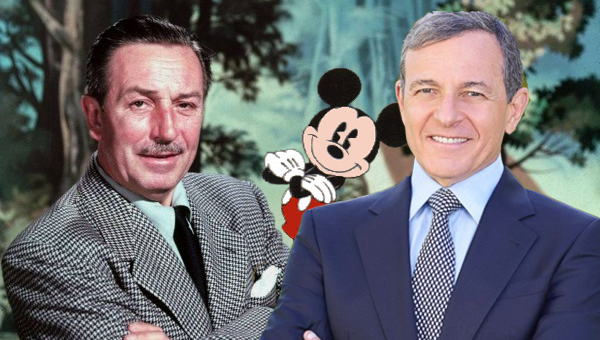 Just a few weeks ago, Disney’s Board of Directors asked current CEO Bob Iger to remain as CEO for an additional 4 years. He gladly obliged. The reasons behind such a decision was ultimately at the top of my mind when the announcement was made.

At first glance, The Walt Disney Company has never been stronger in giving the world various forms of entertainment. From its movies and TV shows to the theme parks and resorts that bring those stories to life, people are willingly giving their monies to experience it all. Taking a closer look, the financial statements show what seems to be an unending growth with massive revenues from quarter to quarter with shareholders finding an increase in value of their investments as a result – this all coming to fruition under Iger’s tenure.

Yes, these are probably reasons why the Board wanted to keep Iger, but what was Iger’s reason for accepting a contract extension (albeit a second time)? Lots of speculation has been made since he has only given the generic PR answer in the official press release and in the small amount of interviews he has given, but I propose that he is much more than just being “thrilled to have the opportunity to continue to June 2018.”

I honestly believe he chose to stay because he loved what he did and was great at it. According to The Wrap, sources close to him said there’s nothing he would rather do. Iger became CEO nearly a decade ago, a time when Disney was on the verge of ruin financially and creatively. Though there was much adversity, Iger understood the culture of the Company and planned to revive that culture. That culture ultimately was embodied in the Company’s namesake – Walt.

Walt Disney started his company in an equally severe amount of financial and creative adversity that Iger faced. Still, he powered through by understanding his strengths and empowering his employees to do the same. The vision of the company, which was just producing memorable animated shorts and features at the time) was believed by all and flowed down through all and the work they poured out. Visually, it all looked like this – 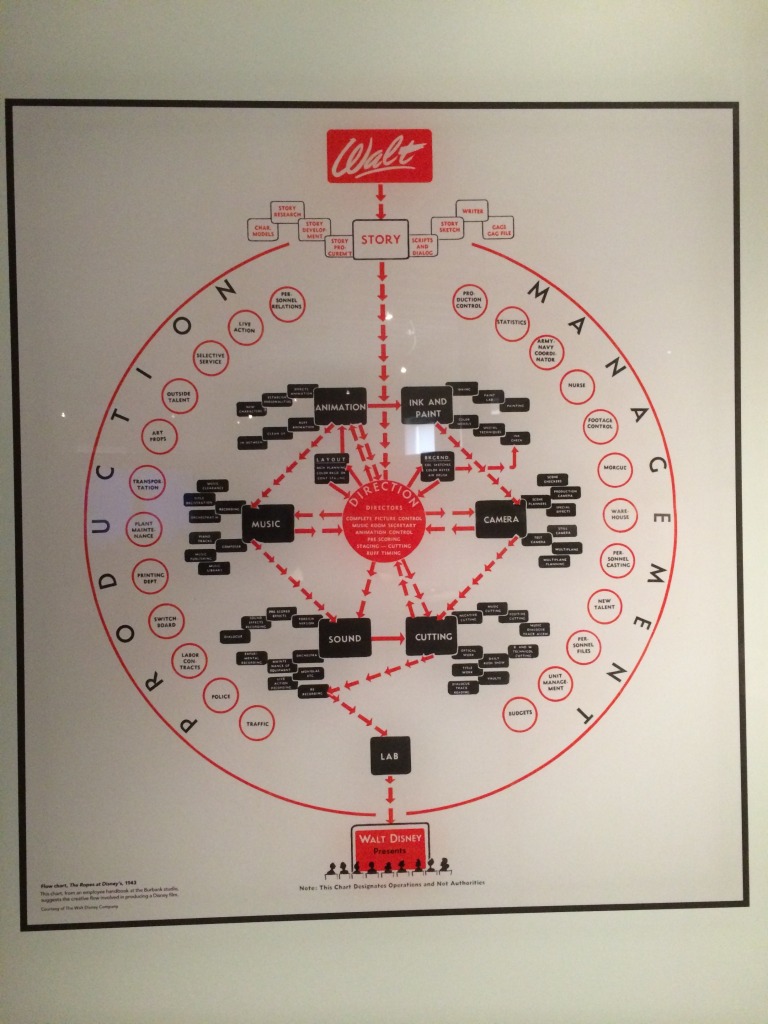 This diagram can be found at The Walt Disney Family Museum in San Francisco, Calif.

As you can see, Walt did very little so far as work went when creating his creative pieces. Instead, he relied heavily on people that he brought in to do the work and they just weren’t anyone! They were people that he could trust, had the talent to put out quality work, and ultimately shared the same passions of storytelling and creativity. Under his leadership, with the strong support of his very creative and business-minded team, he ultimately brought the company its initial success.

Jump nearly 100 years later and now Bob Iger is now in charge leading the next chapter of success. Clearly, he’s great at what he does, but that greatness stemmed in the fact that he understood and channeled the greatness of his boss Walt Disney. Today, the Company runs very much like how Walt’s animation studios were run, shown in the above chart. By setting a vision and bringing people (including from other companies like Pixar, Marvel, and Lucasfilm) that can carry out that vision, Iger has not only brought about a large turnaround to Disney, but set it up for success for years to come.

The Disney Board wants that sure success and I think we, too, as Disney enthusiasts and/or people who value its entertainment want that surety. That sense of surety ultimately came via a man who some have considered today’s Walt Disney. I personally wouldn’t go as far as saying that, but I really admire Iger’s persistence in leadership and humility to learn from past successes and adapt them to how they’d work for today.

In an interview Iger gave a few months ago, he was asked the question of what would Walt think of him if he were alive today. He responded with the following:

I spoke with Diane Disney, one of his daughters, about that before she died. I actually wrote her a note: “If Walt were to see those gorgeous cruise ships plying the oceans, or even Walt Disney World, or imagine Shanghai, what would he think?” Interestingly enough, for a guy from the Midwest, he had a real curiosity about the world. He would be blown away to know that China would be the home to a product that was so much a part of who he was and what he stood for—Disneyland.

But if he also saw Pixar, or Star Wars or Marvel—think of the storytelling and the characters and the places that these stories exist. [Take] ESPN, for that matter. I think he would be unbelievably proud. This is a bit presumptuous of me, but what the heck, maybe I’ve earned the right to be and also to see, on any list about brand respect and admiration that exists in the world today. [This is] a company that he founded; the brand that he created is still at or near the top of those lists. I mean, what could be a better affirmation for the principles that he embedded in the company that he created?

Iger’s unparalleled understanding of Walt’s original vision for the Company is really why he stayed. And why he wants to stay. Until he or the Disney Board finds another person that can match that vision and strongly lead with it, I wouldn’t be surprised if the 63-year-old CEO decided to stay until he died – just like Walt.

What do you all think of Bob Iger’s leadership of Disney? Do you think he channels Walt well? What would you ask Iger to do to improve the Company if he gave you a few minutes of his time? Tell us in the comments!