Growing up, everyone has a hero who they look up to for inspiration in all aspects of life. It’s not just a Disney theme as for many, this hero comes in the form of their favorite professional athlete.

As a kid growing up, worldwide superstar Lebron James of the Cleveland Cavaliers was a kid that looked up to these heroes for inspiration. James, in partnership with ESPN Films, has signed on to co-produce a series for children about the journeys of some of today’s top athletes. The show, titled “Becoming,” premiered on Disney XD not too long ago. 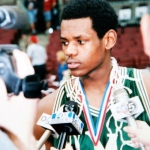 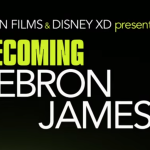 “Sports and athletes were my inspiration growing up.” James said in a statement. “It was the stories about Michael Jordan, Deion Sanders and Allen Iverson that kept me dreaming. When I learned that they had some of the same struggles and challenges I did, it made everything seem possible. That’s what “Becoming” is all about.”

The premiere episode will tell the story of the 2-time NBA champion’s journey to the top. It reflects the spirit of his accomplishments which include some of the most defining moments of his life so far. James is from Akron, Ohio, and the whole episode is filmed there even showing some rare footage from his early days in sports. His journey from the Amateur Athletic Union where he played youth basketball, along with his record-setting days at St. Vincent-St. Mary High School, are showcased in “Becoming.”

Although James was the first to be featured on the pilot show, later episodes plan to profile the inspirational journeys of today’s other top athletes. “Becoming” is also being produced by Maverick Carter of Lebron’s production company, Springhill Production Company.

So far as Disney’s involvement, one can point that Disney wants to show content that could be a great way help inspire a child looking for that hero. Who knows, the next Lebron James could attribute this show as inspiration for his or her future accomplishments and that’s not a bad dream for both Disney and the kids they inspire!

What athlete would you like to see featured in the next episode of “Becoming?” Who was your inspiration growing up? Share your thoughts in the comments!