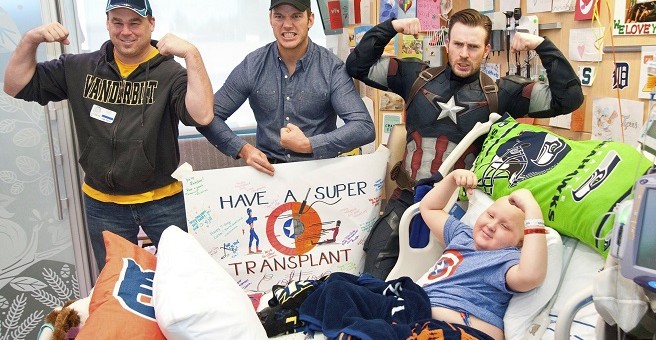 Being a hero is more than just a costume and super powers. It’s not about the fame and fortune or winning the battle at the end. Being a hero can simply be putting a smile on a person’s face. 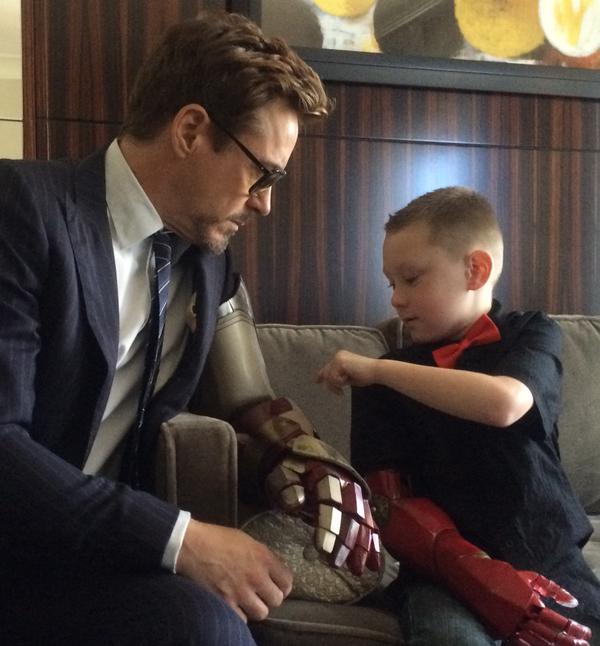 That is what actors Chris Evans, Chris Pratt and Robert Downey Jr. have had the privilege of doing for some incredible children. These men have been showing their heroism through their acts of kindness by dressing up as the super heroes they portray in popular Marvel films. For the past couple of months these on-screen heroes have become heroes in their own right by just showing up in character for these kids.

Earlier this month Marvel’s Iron Man, Robert Downey Jr. made headlines in news outlets by presenting seven-year-old Alex with a bionic arm. While presenting Alex with his new arm, Downey sported a bionic arm of his own from the Iron Man franchise. Alex, who was born with a partially developed limb, now proudly wears a 3D-printed bionic arm made by the non-profit charity, Limbitless Solutions. 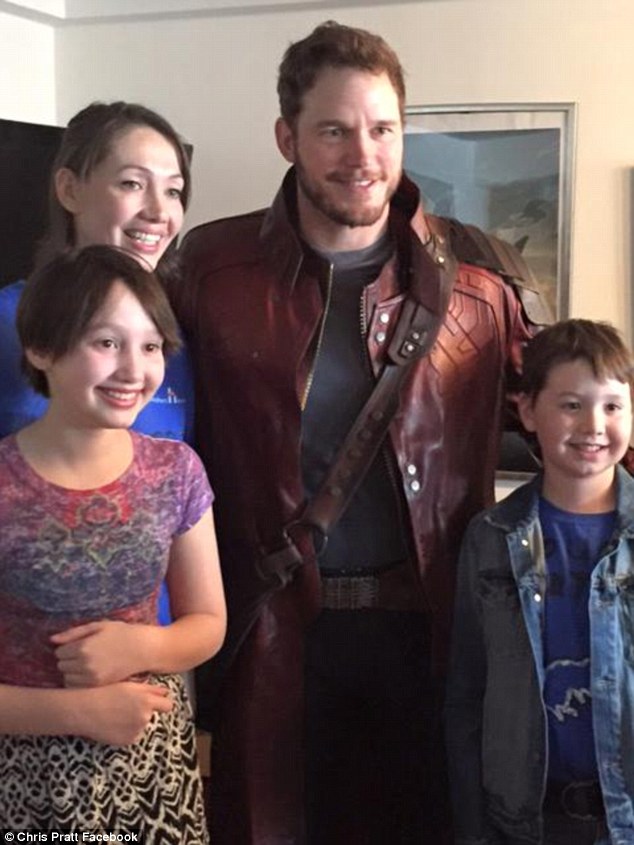 Guardians of the Galaxy’s Chris Pratt and Captain America’s Chris Evans made a Super Bowl bet with one another that if the Patriots won the Super Bowl, Pratt would go to Boston to visit Evans’ charity of choice dressed up as Star Lord, but if the Seahawks won, Evans would visit Seattle Children’s Hospital dressed up as Captain America. In the end, Star Lord met the children at Christopher’s Haven in Boston, MA. By showcasing this bet through Twitter both of the actors’ helped raise more than $27,000 for their charities. 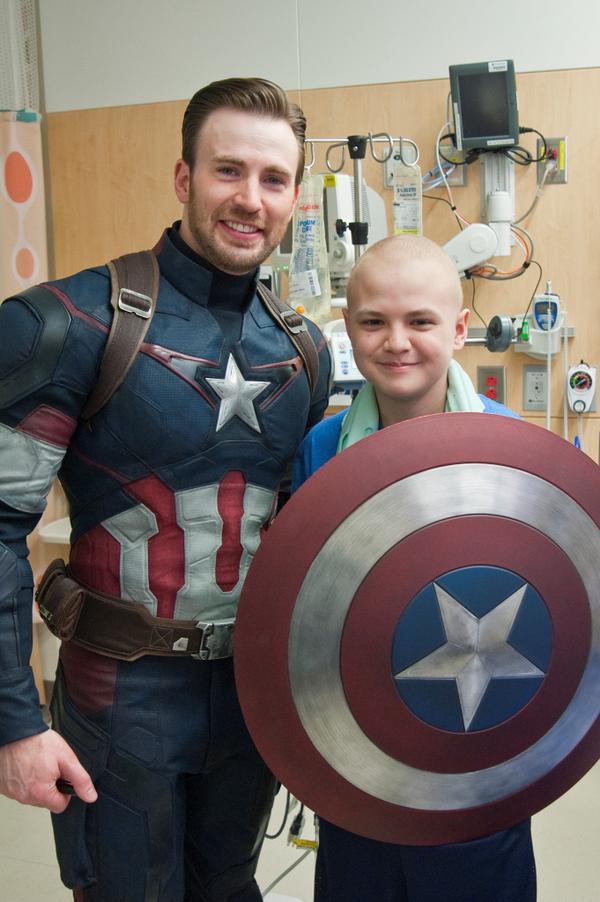 Although Evans won the Super Bowl bet against Pratt back in February, he still donned his Captain America costume and visited Seattle’s Children’s Hospital a couple of weeks ago. By giving these kids a couple of minutes of his time dressed up as their favorite super hero, taking pictures with them and giving out toys, Evans showed that the act of kindness goes a long way, especially for these children who face their own battles on an every day basis.

These actors are seen as super heroes through big blockbuster films. Aside from the characters that they portray on screen, however, these actors have shown just how powerful, incredible and selfless they are by visiting these children. They show us that being kind and showing up not only makes for being a great hero, but also for being a marvelous human being.