A little less than a year ago, Disney’s new flagship video game introduced Marvel super heroes in its next iteration. Today, Disney Infinity is ready to turn 3.0 with the help of some Jedi and the Force they carry.

Disney Infinity 3.0 will feature another set of characters from one of Disney’s other purchased franchises – Lucasfilm. Star Wars, to be exact! According to the announcement made today via Game Informer, the game will feature new starter packs, as well as in-game enhancements like new playable characters, worlds, and items right from the galaxy far, far away.

In keeping with the format of 2.0, all the playable things from the previous versions of the game will work with the new version and visa versa. 3.0 will also feature more characters, worlds, and items from other “galaxies” like the Hulkbuster from Avengers: Age of Ultron, Mulan, Sam Flynn from Tron, and even the emotional beings from Pixar’s upcoming film Inside Out.

Disney Interactive’s decision to include the Star Wars franchise in Disney Infinity was a highly rumored move by those who follow the game and expected the Marvel crossover. However, it is a strategy that is typical Disney who wants to spread their very valuable IP across all its entertainment offerings.

The crossover comes at a good time as more Star Wars-branded content, namely a new version of the popular video game Battlefront and the next feature film are due out later this year with Disney Infinity 3.0 to join that lineup of offerings as well. 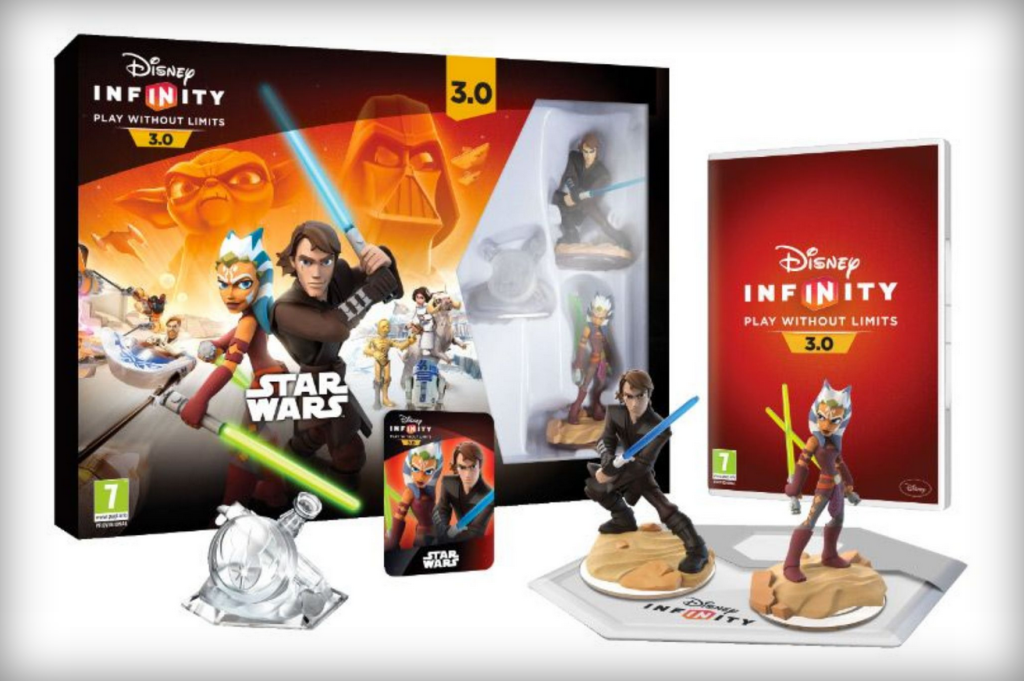 The 3.0 Starter Pack (above) will follow the pricing of those before it at $64.99. Pre-orders for the game will begin on shortly with availability to be announced.