After the guys watched Cinderella together and had a grand old time discussing different parts of the movie we decided it might be fun to send the girls to watch Avengers: Age of Ultron – and thus, the Avengettes were born. Some people might think superhero-themed movies aren’t for girls but as you’ll see below we had a lot of opinions on many parts of the film. Check out our conversation below and join us in the comments!

Spoiler warning: We do talk about many parts of the movie’s plot, so please don’t read ahead if you don’t want anything spoiled for you!

Veronica: So what did you all think of the movie?

Kathrina: I really liked the movie! I would totally hang out with The Avengers crew. #2legit2quit

Vannyda: I thought it was good, but I felt that there was so much stuff going on in the plot.

Kathrina: Well, I did an 11:15 PM showing so I was happy that there was so much action and stuff going on. It kept me awake!

Veronica: I thought it was good, too! There was a little bit of everything for everyone including comedy, romance and yes, definitely A LOT of action. I have to admit, I did doze off for a few minutes in the middle.

Vannyda: Tami, you there? Did you fall asleep?  ‘Cause I’d be right there with you.

Alyssa: The Avengers: Age of Ultron was awesome! Action, Romance, and Suspense—what more can you ask for in a movie?

Kathrina: What was your favorite part of the movie?

Veronica: Honestly, I loved all of Thor’s hammer jokes! I have a greater appreciation for him and his looks are a plus. 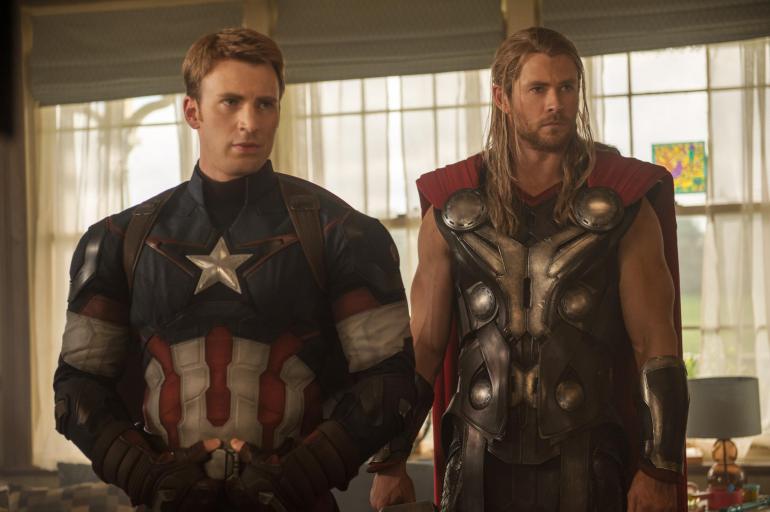 Alyssa: OMG, the look on Thor’s face when his hammer slightly makes a noise when Captain America tries to lift it…hilarious! He got peanut butter and jealous really fast.

Vannyda: Can we talk about Chris Evans, though?  How did you girls feel about The Hulk and Black Widow?

Kathrina: Not one, but TWO beautiful men named Chris.

Tami: I liked Brutasha! I know some people said it was unexpected, but I thought it was nice for them to acknowledge something that makes them happy.

Kathrina: I thought their chemistry was on point. Red and green, like Christmas!!! 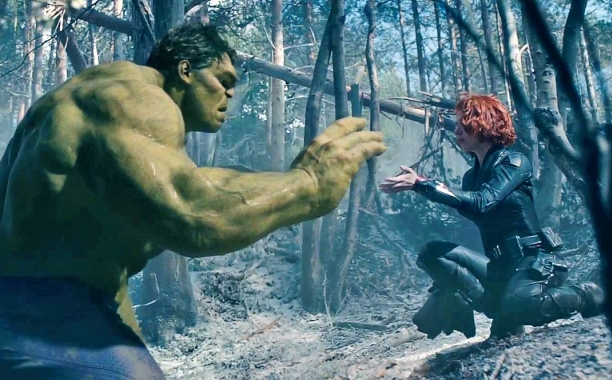 Veronica: I loved seeing the softer side of Bruce! It shows that he does have control and doesn’t necessarily destroy everything that comes his way.

Alyssa: How can anyone say no to Black Widow’s flirting? Flirting on point.

Veronica: I agree! He definitely got a lot of screen time compared to the first movie.

Tami: YES!! They showed different parts of his character.  I thought it was awesome.

Kathrina: I loved how he was a husband and father. Great curveball. It’s funny because it’s so normal seeing all these monsters and superheroes, but the fact that Hawkeye is a regular man who has a family makes it one of the biggest surprises in the film. 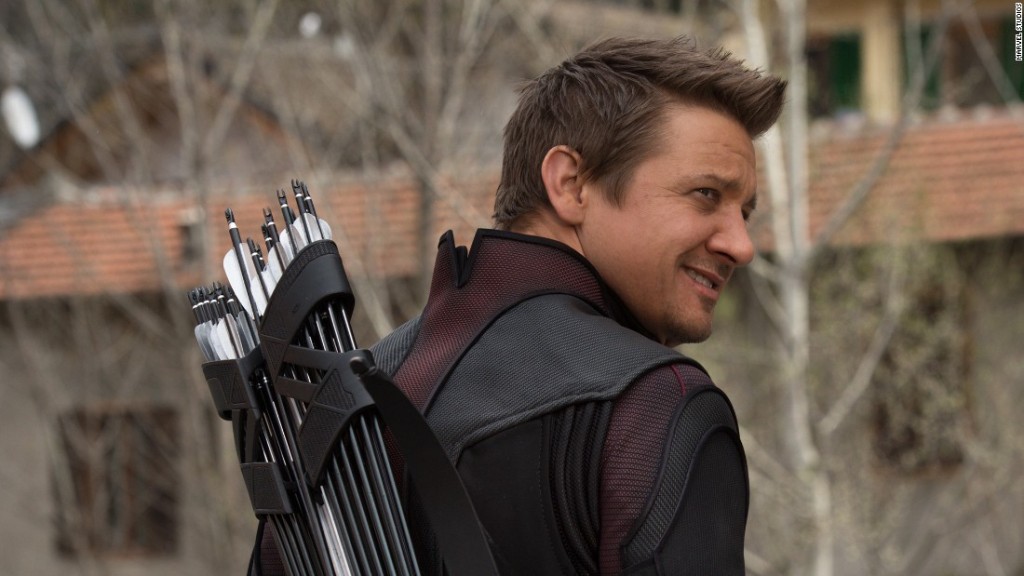 Vannyda: I thought so too. I loved seeing these superheroes show a soft side.

Tami: I know Stephen talked about it in his review, but yeah, I liked how the movie was all about the superheroes as normal people. All of the scenes with them just having dinner and hanging out at Hawkeye’s house was so nice.

Veronica: I feel that their dynamic in the movie is similar to how it is in real life (minus the super powers, of course). I’ve seen their interviews and their interactions with one another and honestly, they seem like one big loving and happy family. It’s nice that viewers like myself can relate to this “normalcy” that is portrayed in the movie.

Kathrina: Especially in storytelling and developing a character, it is great to see the emotional side/past of some of these heroes. It gives the audience a glimpse of them being something other than a superhero.  Okay, what villain did you like better? Loki from the first Avengers movie or this film’s villain, Ultron? 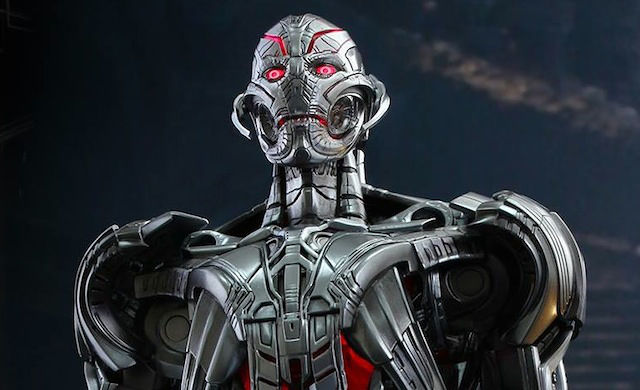 Vannyda: Who’s Loki?  I’ve never even seen any of the Marvel films.

Kathrina: You are such a newbie!!!

Tami: I liked Ultron! I thought he was really complex. Sometimes he’d say things that I’d find charming and I’d be like, “wait — am I agreeing with the villain?” I enjoyed that his motives were pure, but the way he went about attaining his goals were not.

Veronica: I agree. It was easier to hate on Ultron than Loki.

Kathrina: Ultron scared me so much! When he ripped HIMSELF apart I was like, “he is NOT joking around. I repeat. HE IS NOT JOKING AROUND!”

Alyssa: The only thing I didn’t like about Ultron was how the writers changed his original comic book creation. Tony Stark never made Ultron! Hank Pym, aka Ant Man, originally created Ultron so it was a little confusing. However, they made up for it by including The Vision. That was way cool to incorporate into the film!

Vannyda: Would you recommend this movie or watch it again?

Tami: Yes! In terms of all the marvel movies as a whole, it really moves the plot forward. As an individual movie, I thought it was a good mix of funny, exciting, and dramatic — I feel like it’ll appeal to a wide variety of people.

Veronica: I would! The movie had great effects, great character development, and it was an overall fun one to watch.

Kathrina: Y-E-S! I loved it! Whoever hasn’t watched the movie should go and see it. It is filled with so much action that you need to watch it on the big screen in theaters to get the full epic effect.

Alyssa: Would I watch Chris Evans chop wood with his bare hands and Chris Hemsworth’s abs again? Yes and yes! But really, it was a great action-packed film and definitely one I would go see again. 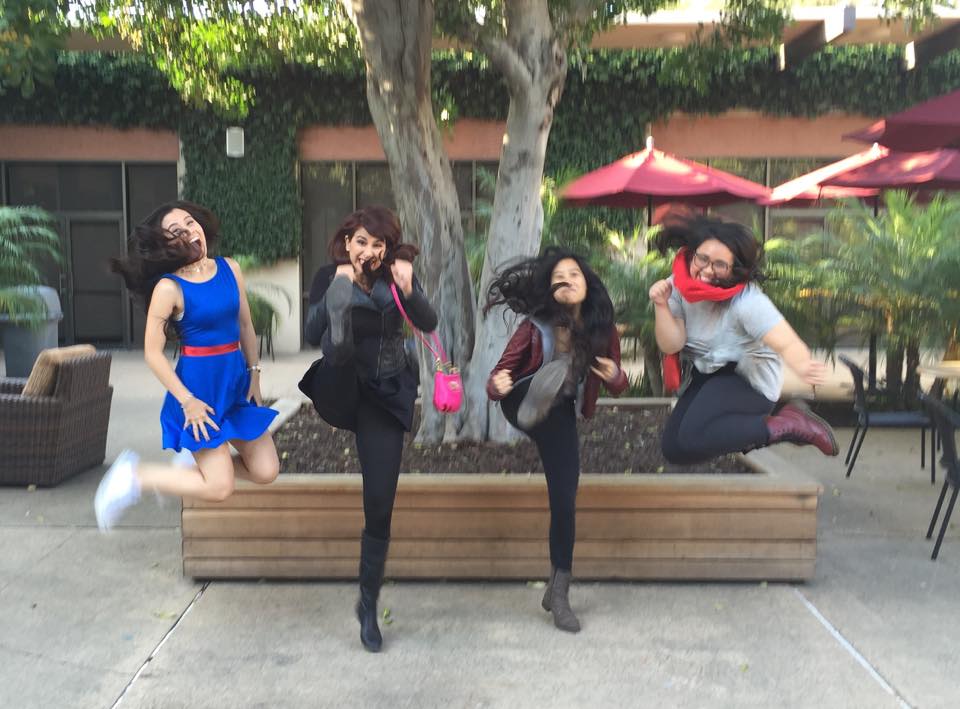