During my time at this year’s E3, I had the opportunity to be among the first people in the world to try on Oculus Rift, a device that some are calling the beginning to a new reality.

Oculus, founded in 2013, was the brainchild of Palmer Luckey, a Long Beach, Calif. native had dreams of creating an “artificial world” through the use of technology. Those dreams lead him to create the first virtual reality device via a successful Kickstarter project that ultimately made him and his associates $2 billion richer when Facebook bought their company in 2014.

People still wonder why the social media giant would purchase the virtual reality company and in “reality”, the strategy was in plain sight. Luckey’s vision of making virtual reality a mainstream experience was beginning to take shape and big companies always want to follow.

When I strapped on the Rift, my hesitations of being in a virtual world all ceased. I didn’t get motion sickness like people said I would and I wasn’t scared of losing myself in this “artificial world”. In fact, I enjoyed every moment of it; so much so that I started thinking of how it could be a part of my everyday.

My everyday consists of examining the every segment of The Walt Disney Company. I eventually put it all together and asked myself “What if Disney were to buy into this virtual reality craze?”

Obviously, it would be wise to have Disney utilize virtual reality (VR) in future video game releases. The Oculus Rift demo at E3 had us experience one of a few games that utilized VR to its fullest extent, really making you see yourself in that world – literally! What Kingdom Hearts fan out there wouldn’t want to battle with Sora and the Disney characters in the upcoming iteration of the game?

I certainly can see a future Walt Disney Parks and Resorts attraction using virtual reality. With rumors swirling about where Disney plans to expand their Star Wars presence in their theme parks, it might just be that we could be riding along with Han Solo in the Millennium Falcon very soon.

Over some conversations I had with a good tech journalist friend at E3, we mainly talked about how VR would shape the film industry. We both agreed that VR might not be the wisest choice to implement in movie theaters as the sole purpose we go to the movies is because we want to experience a film with others and see their reactions. On the other hand, personal movie watching either at home or while traveling on a plane or train might be better as that movie-watching experience is already a personal one for many. I’d be careful watching Inside Out with VR though – your tears might cloud the lenses.

With Disney Consumer Products’ recent announcement of their new Playmation system, it would be very cool to see VR assist in making playtime happen. Since Playmation relies on the user’s imagination and reactions, VR could immerse the user even more in what it means to “play-pretend” as Iron Man, Luke Skywalker, or Queen Elsa.

Bottom line if Disney were to experiment and accept the use of VR, it would be yet another way to enjoy the entertaining offerings that we’ve already loved for decades. As a result, Disney’s business would probably increase with the new product offerings that would deliver new revenue streams.

This is all still very hypothetical as VR has yet to become mainstream with Oculus would be releasing the Rift until Q1 of next year. If their vision (and price points) come together for consumers, those Disney dreams that I had with trying Oculus Rift might just become reality sooner than later.

It might also be interesting to note that Sheryl Sandberg, Facebook’s COO, is a member of Disney’s Board of Directors. 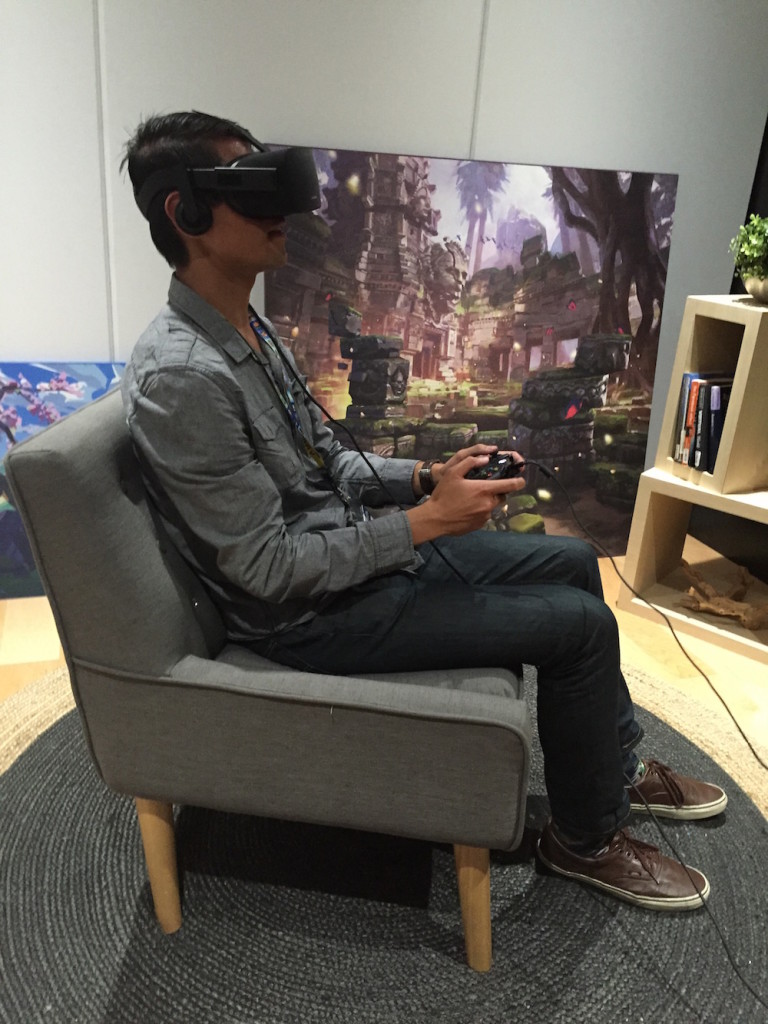