K-12 students can now learn how to write codes to create games by using “the Force.”

On Monday, Disney and Code.org revealed a Star Wars-themed coding tutorial to bring interest in computer science to children. The “Star Wars: Building a Galaxy with Code” tutorial includes Rey and BB-8 from Star Wars: The Force Awakens, as well as familiar faces like Princess Leia, C-3PO and R2-D2. It will prep students for the upcoming third annual global “Hour of Code,” which will occur during Computer Science Education Week, December 7-13.

The tutorial has two versions. One version- labelled for ages 11 and older- introduces students to the coding language known as “Javascript.” Participants will be able to build their own game with Javascript and drag-drop blocks on their internet browser. The other version- labelled for ages 6-10- will allow children to use the drag-drop boxes for coding. This second version will become available in the next few weeks and will be able to function on tablets and smart phones as well. 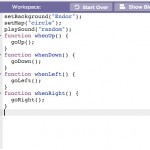 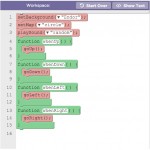 Code.org is a non-profit organization formed to help expand computer science education. It also aims to encourage more women and underrepresented students of color to delve into the field. Last year, Code.org teamed up with Disney to have an Hour of Code that involved Elsa and Anna from Frozen. President Barack Obama was one of the participants that assisted in completing the Hour of Code more than 14 million times.

In this year’s “Star Wars: Building a Galaxy with Code,” Princess Leia, C-3PO and R2-D2 will help students build their own Star Wars game, which they can then play on smartphones and share with friends once the game is completed. Rey will also need participants’ assistance in guiding BB-8 through a space mission. 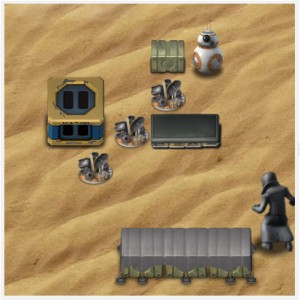 Schools can also receive prizes if they sign up to participate in the Hour of Code during Computer Science Education Week. Every classroom has to take part in the activity in order for the school to be eligible for prizes. Schools need to sign up before November 16. Winners will be notified by December 1 by email. Prizes for schools include:

To participate in “Star Wars: Building a Galaxy with Code,” head over HERE.