Beloved, timeless, and iconic, The Sleeping Beauty Castle has been emblematic of the Disneyland Resort ever since Uncle Walt opened its gates 60 years ago. Take a look at how the original castle, the focal point of the Disneyland Park, has evolved throughout the park’s rich history. 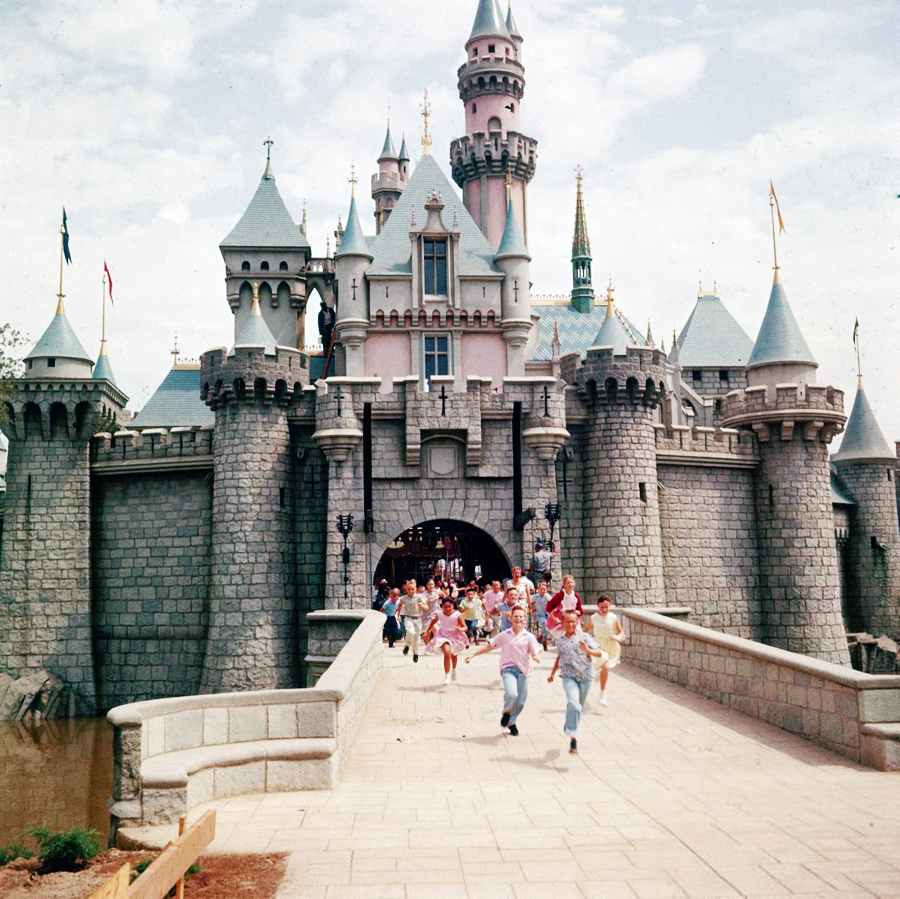 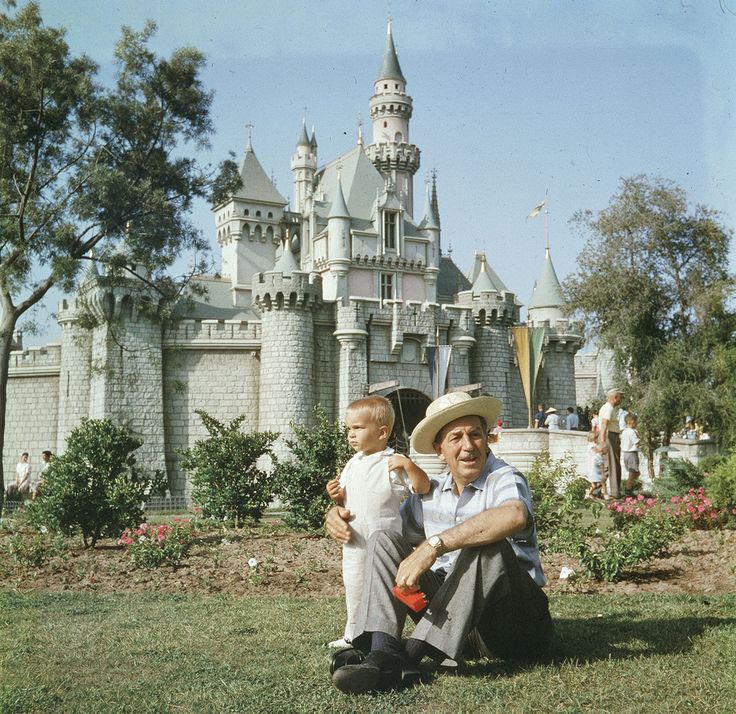 Walt Disney sits on a grassy lawn with his grandson at Disneyland in 1955. (c) Gene Lester

As you can see, the original color scheme for the Sleeping Beauty Castle was very pale blues and grays with only hints of pink. This more closely resembles the castle’s inspiration, Neuschwanstein Castle in Bavaria, Germany (pictured below). 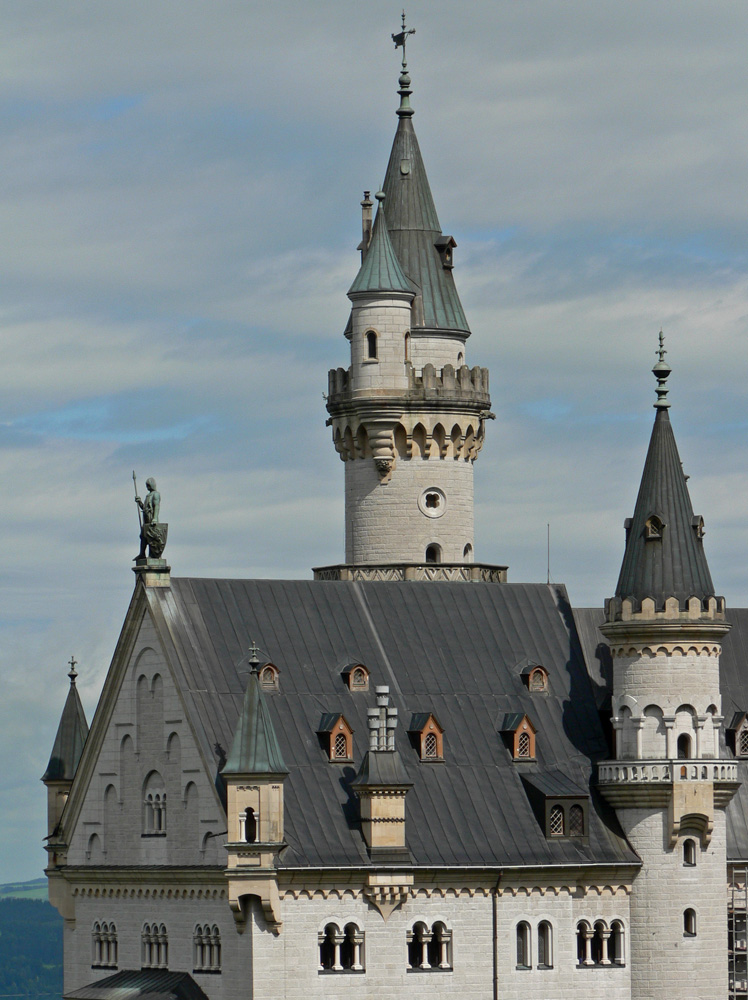 Details of the Neuschwanstein Castle 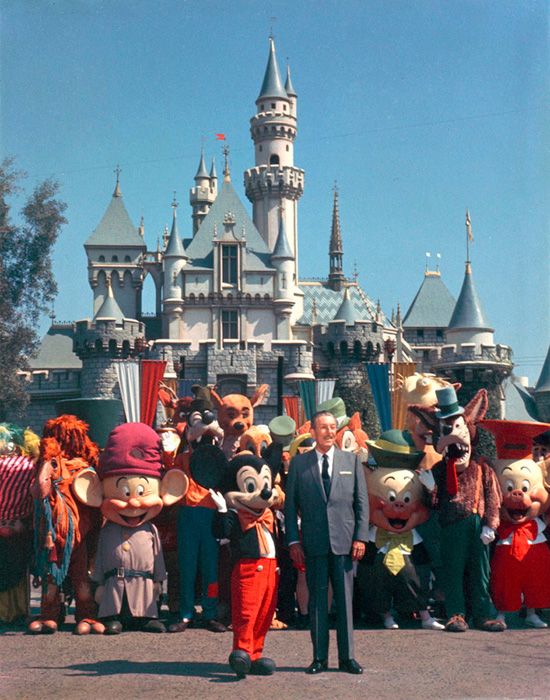 Walt with his partner Mickey Mouse and other characters in front of the Sleeping Beauty Castle during Disneyland’s 10th Anniversary. 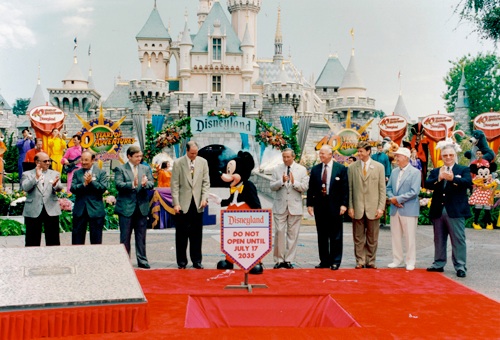 The ceremony for the 40th Anniversary Time “Castle” (Photo via Phactual)

By the 40th anniversary, the paint color scheme changed from light gray to a light pink. This gradual change over the years gave Sleeping Beauty Castle a more soft, fairy tale look rather than a realistic, Bavarian castle.

The 50th Celebration, the “Happiest Homecoming on Earth”, marked the first time the castle was especially decorated for a park anniversary. The castle was dressed in richly colored royal banners, bejeweled with precious gems, and trimmed with gold including a gold railing. Additionally, five turrets were decorated with crowns representing a decade of Disneyland’s history. This includes: mickey ears for the creation of Disneyland, rocket ships and planets for the “New Tomorrowland,” the blue fairy for the Main Street Electrical Parade, the evil eye of Mara from Indiana Jones, and fireworks and Tinkerbell for the 50th Anniversary. 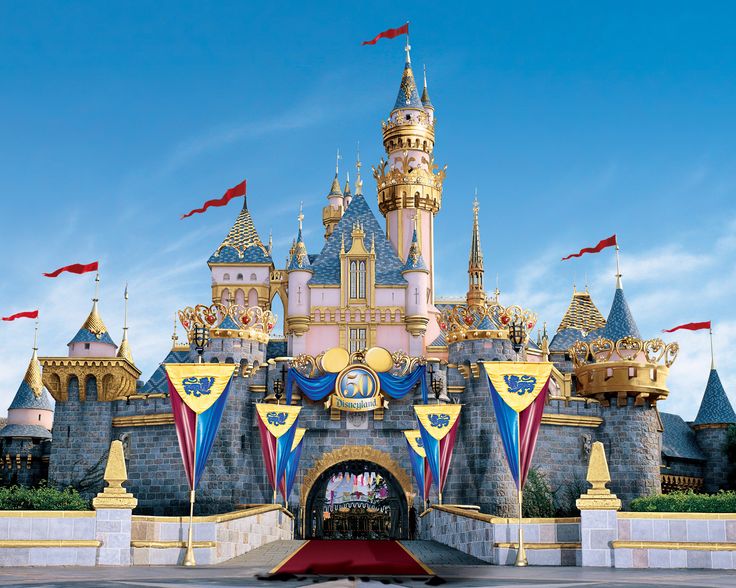 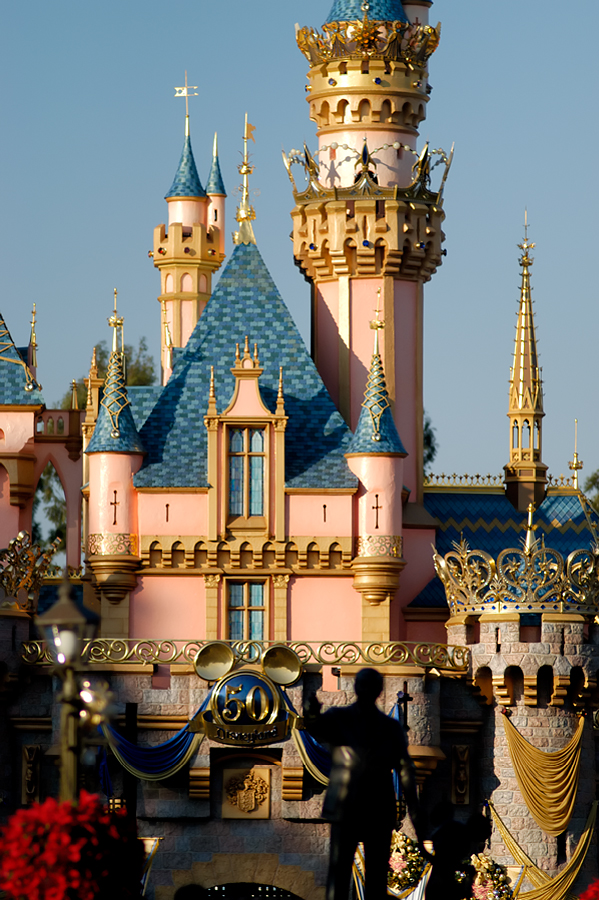 By this time, the shade of pink is even brighter and more vivid than before, creating a larger contrast and pop of color between the roof tiles and the faces of the building. 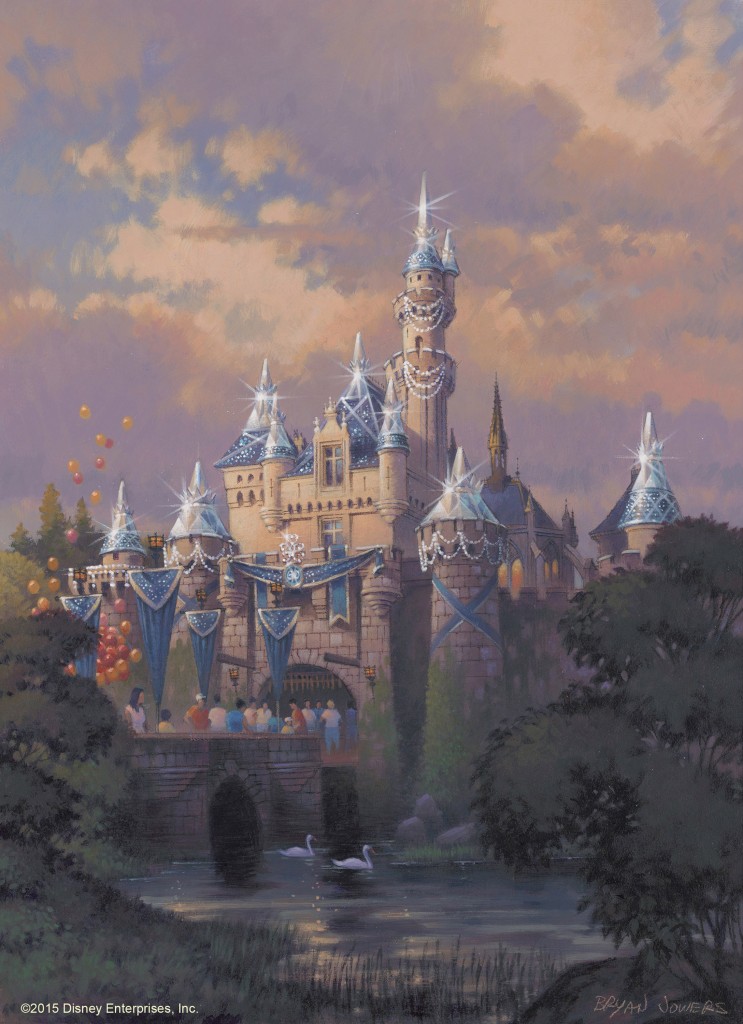 To celebrate “60 Dazzling Years,” Disney decided to make Sleeping Beauty Castle shine bright like a diamond. The castle is studded with diamonds and crystals from the roof tiles to the turrets and gowned with drapes in varying shades of “Disneyland blue” and a 60th logo crest. At night, the castle twinkles against an endless diamond sky with Richard Sherman’s “A Kiss Goodnight” playing softly in the background. 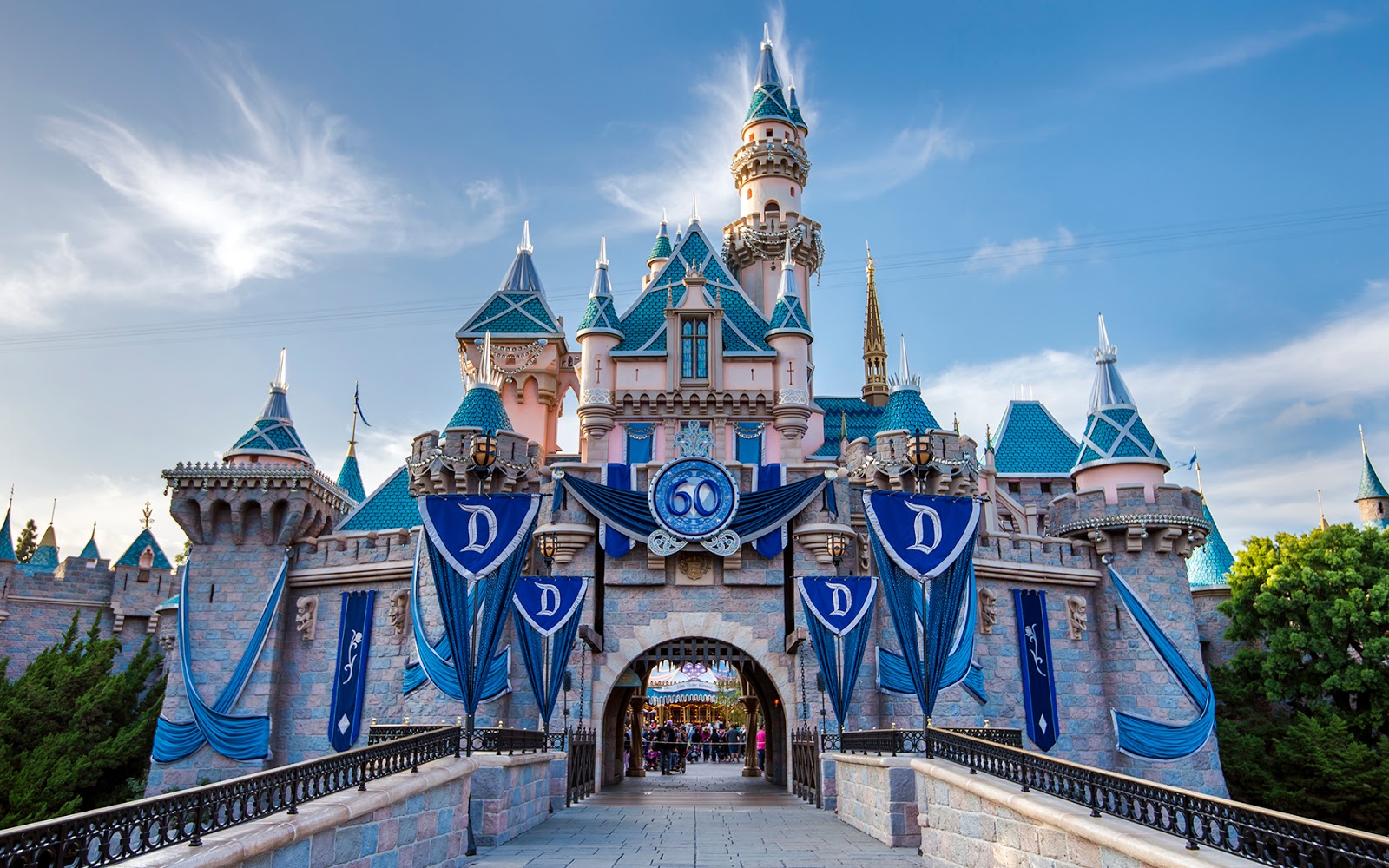 Sleeping Beauty Castle during the Diamond Celebration (Photo via DisneyPhotoblography) 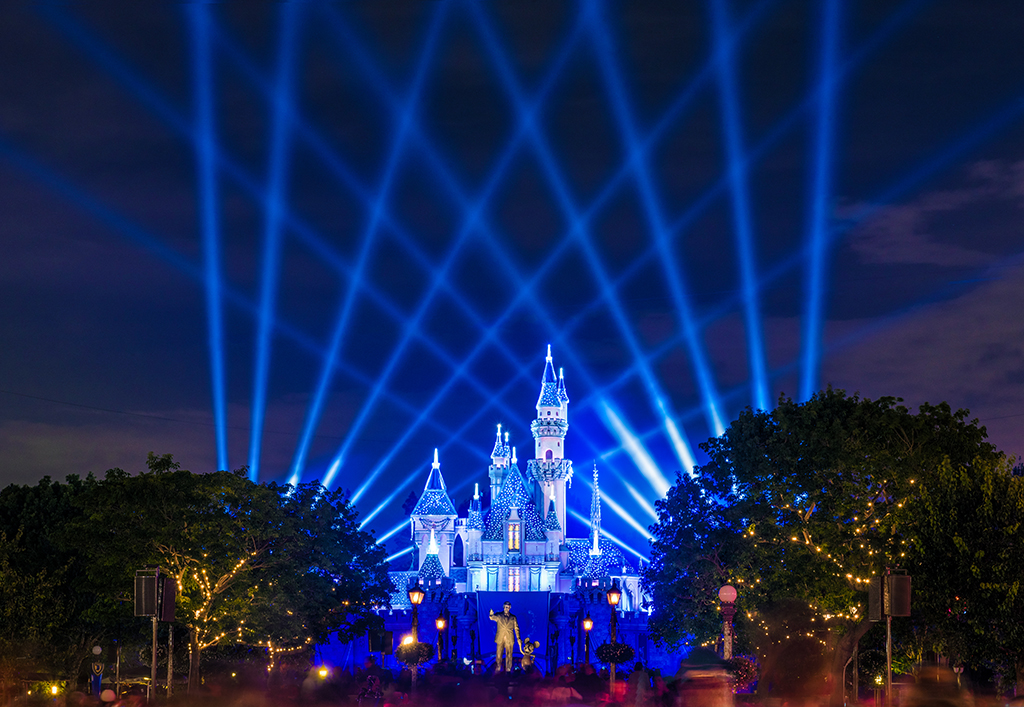 Other additions were added throughout the years for technical reasons including the squirrel drain spouts and the four statue pedestals placed around the moat. Rather than have menacing gargoyles, Imagineers used friendly squirrels instead in keeping with the castle’s fairy tale, dreamy aesthetic. This allowed for rainwater to be channeled away from the building. Whereas the statues of woodland creatures taken from “Sleeping Beauty” house projectors used for the fireworks show. 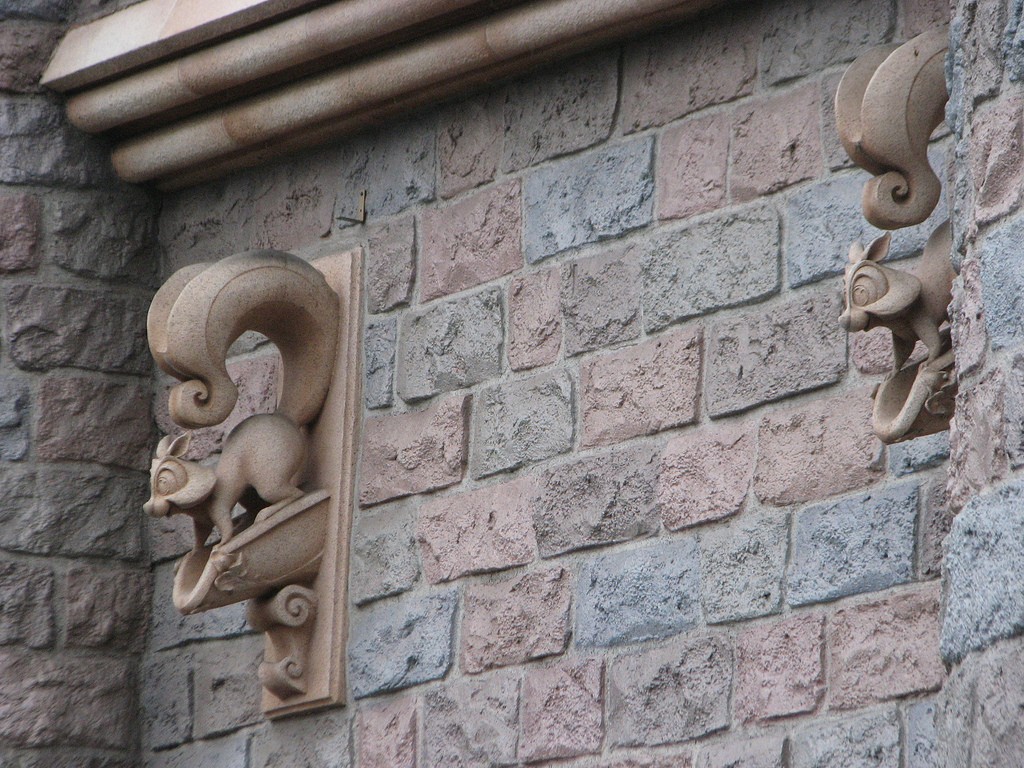 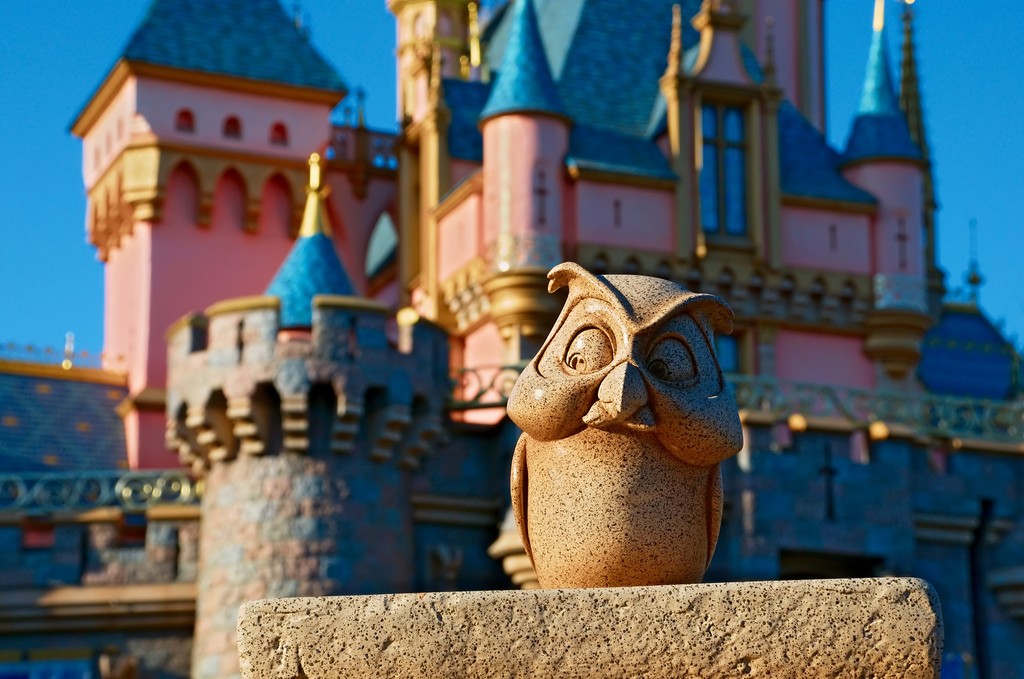 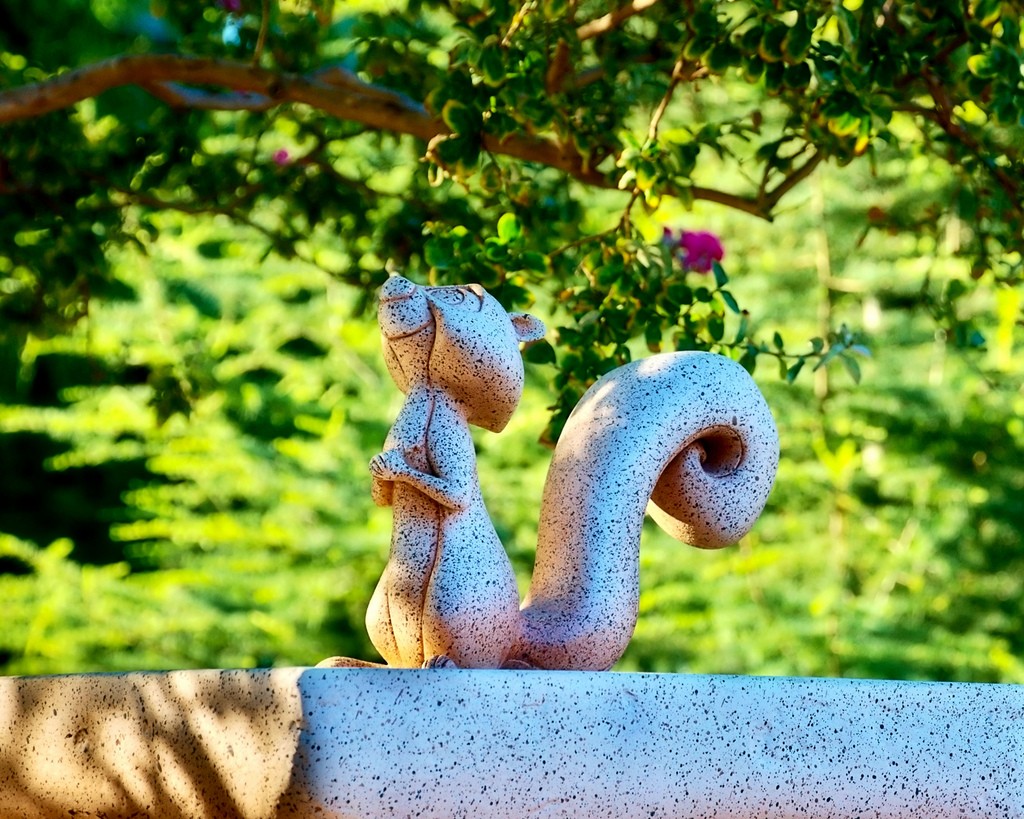 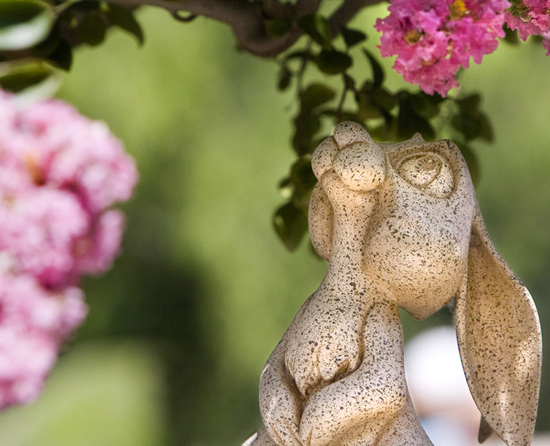 Since the castle is transformed for the 60th this Christmas season, let’s reminisce on the Winter Castle of years past. This enchanting overlay includes snow on the rooftops, icicles that light up at night, and multiple festive garlands. 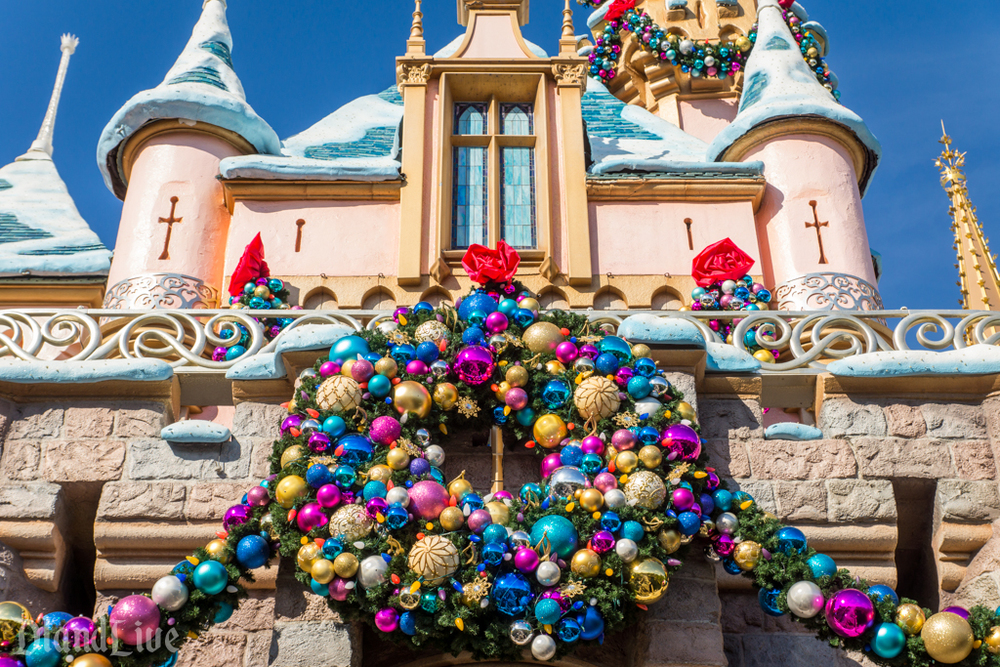 Although, this year’s castle hasn’t completely skipped out on Christmas cheer. A garland and a wreath in shades of “Disneyland Blue” were placed around the 60th crest logo. 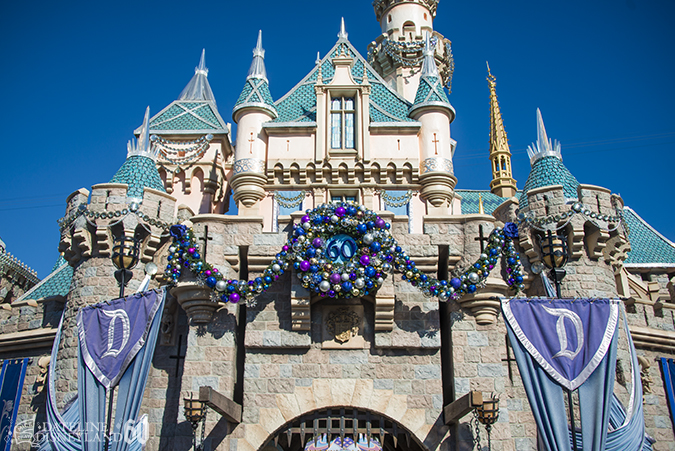 This is how Disneyland’s Sleeping Beauty Castle looks today. Which castle overlay or color scheme do you prefer? Let us know!