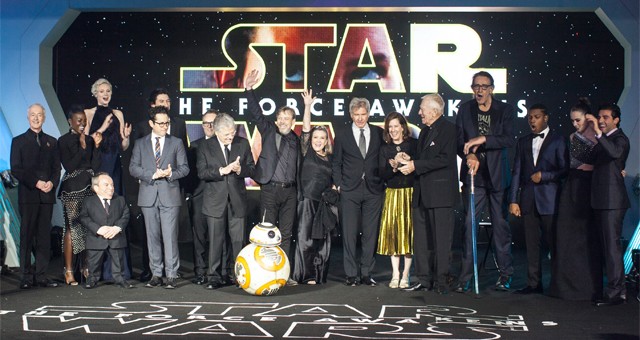 There goes the galaxy.

Our galaxy, actually, as Star Wars Episode 7 has become the highest grossing domestic film of all-time. Domestic means here in the United States only, but don’t worry. We’re expecting it’ll gain the same honor for international box office sales in the near future, too.

In the press release sent direct from Disney a few minutes ago, Star Wars: The Force Awakens has taken in $758.2M domestically and $799.1M for international, creating a global total of $1,557.3M since it’s release date on December 16. Disney was modest in reporting that last global total, but just in case you didn’t know, that’s $1.5 billion.

They weren’t so modest, however, with also revealing the records that were broken in making that worldwide goal, which we’ve listed below:

It remains #1 domestically and in many international territories after posting the biggest opening weekend in at least 18 major markets. It still hasn’t been released in China, which is the second biggest movie-going market in the world behind the U.S.

Beyond all the dollar signs, what’s important to remember is not how much money The Force Awakens has made or if the other movie studios can trump it, but remember the value that franchises are to any entertainment company.

With even more Star Wars films coming every year until 2019 (and each preceding film “funding” the next), who knows how many Star Wars movies, TV shows, products, and theme park attractions we’ll get.

“We are proud of these records, but know that they would not be possible without fans’ enthusiasm and continued support. We feel it here and it drives us every day, and it will continue to in the very bright future of Star Wars. There has indeed been an awakening — and it’s all thanks to you.”