While the Lunar New Year celebrations at the Disneyland Resort have already ended, there’s another theme park just about an hour’s drive from there that’s keeping the celebration going throughout the month. It’s Universal Studios Hollywood (USH).

There are some unique experiences that USH is having to celebrate including gourmet street-style hot dogs with asian flavors, as well as meet-and-greets with a Mandarin speaking Megatron and Curious George since it is the Year of the Monkey after all! And you don’t have to be Asian to experience these unique offerings and the rest of USH’s attractions and shows. 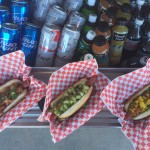 Some fantastic flavors in these Asian hot dogs 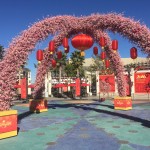 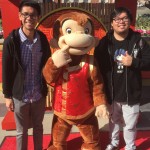 Year of the Curious George 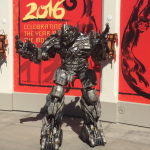 I’ll pause for a moment and have you think about what I wrote above. Does it all sound familiar to you?

If you’re a Disneyland-er, you probably picked up on a few buzz words and more that are very much in the Disney lingo: “meet-and-greets”, “unique”, “experiences”, “attractions”, “shows”.

In fact, there are a lot of similarities between Disney’s and Universal’s theme parks! They both have rides, shows, signature foods, iconic character meetings, celebrity sightings, and now even themed cultural events like the Lunar New Year celebrations.

All these offerings really do have its roots in the static themed entertainment business which began with Disney. Other theme parks like USH very much want to offer similar, but differentiated experiences, ones that aim to give people entertaining and those so-called “immersive” offerings that puts people in stories. Cars Land and now the upcoming opening of the Wizarding World of Harry Potter at USH in April are perfect examples.

So, that’s the reason why we’re going to begin covering other theme parks like USH. We’re still going to be very selective about what aspects of those other theme parks we’ll examine and share about. Our hope in doing so is that we can expand and open up, you, our reader to a wider worldview and how Disney plays in others ways in the world around us.

Oh, and because Disneyland Park will be affected by Star Wars Land construction and higher ticket prices, so it’s OK to look at alternatives!

The Lunar New Year celebrations at Universal Studios Hollywood will continue until February 14.