Between 1929 and 1939, the Silly Symphonies were created to experiment with music, animation, and color in cartoons. The concept, conceived by Walt Disney and Carl Stalling, his first musical director, was simple: complete a musical composition first, followed by a story and animation around that score. This series of shorts would combine music with action and using animation as the choreography. 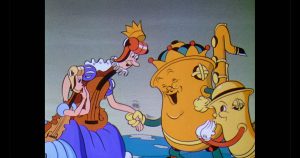 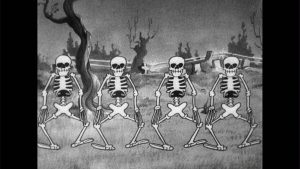 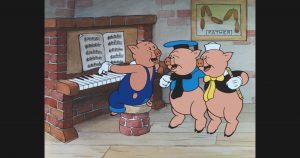 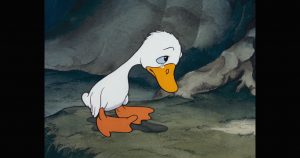 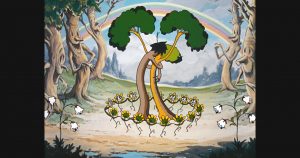 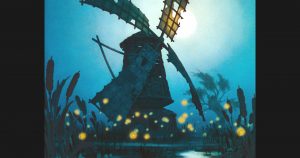 According to six-time Emmy award winning composer Mark Watters, the music became a more important part because of the way that the animation served the music. The musical score and the animated action were planned, designed, and executed in unison.

“For Silly Symphonies, the composer was brought in before anything. Music was first and then came along the animation,” Watters said. “That’s a dream for any composer.” That’s what made these shorts so unique; the music wasn’t about creating a soundtrack, it was about creating a story to tell.

These animated shorts become the chance for Disney artists to experiment with new techniques. According to Disney veteran, Dave Bossert, “You can see the developments of the Animation Disney house style. You can see the progression, skill, and improvement throughout this decade.” Bossert currently serves as the Producer, Creative Director and Head of Classic Projects at Walt Disney Animation Studios, so he definitely knows how much work is taken into animation.

For instance, Flowers and Trees (1932) became the first short in technicolor, The Old Mill (1937) became the first in animation to utilize the multi-plane camera (giving flat, two-dimensional animation a three dimensional look), and The Goddess of Spring (1935) was the first attempt at animating realistic human figures. These techniques later became incorporated in Snow White and the Seven Dwarfs.

The Silly Symphonies demonstrated the ability to see what was possible in the world of animation with technology, characters, techniques and stories. The animation principles in the 1920’s and 1930’s continue to apply to today’s films. According to Bossert, “Animation is an evolutionary process that continues to grow in different techniques of storytelling.”

To celebrate these classic animated shorts, Mark Watters and the Los Angeles Chamber Orchestra return this coming Saturday for another dazzling evening of LACO @ the Movies showcasing seven of the 75 Silly Symphonies. The selected shorts are The Skeleton Dance (1929), Flowers and Trees (1932), Three Little Pigs (1933), Music Land (1935), The Country Cousin (1936), The Old Mill (1937), and The Ugly Duckling (1939). To add on to the special evening, The Country Cousin (1936) will debut for the first time in 80 years since it was produced.

Fans will be in for a special treat watching the selected Silly Symphony shorts while the music is performed live in synchronization with the picture, presented using high-quality, newly restored digital film masters. The music will be performed as it would have been recorded when first creating these shorts. Anytime you hear live music with a film is special because you’re hearing the music from talented musicians,” says Watters.

An event like this demonstrates the great amount of talent that went into these shorts for both the animators and composers.“It’s a great experience for people to see and can show a greater appreciation for music and animation,” says Bossert.

If you’re not familiar with these shorts or have been a long-time fan, you will be swept away at the depth and quality that went into the Silly Symphonies.

Bring the whole family for a fun and engaging evening of music and film!

For tickets and more information about the concert, visit the Los Angeles Chamber Orchestra’s website.

Our special thanks to Dave Bossert and Mark Watters for contributing to this piece.