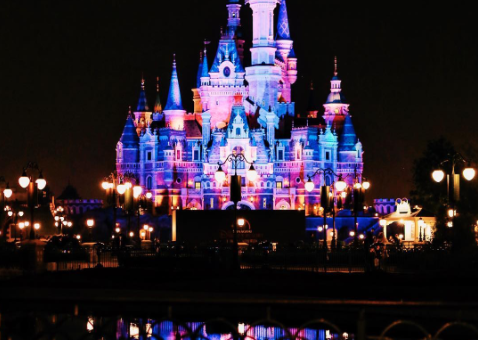 Today’s exclusive guest article takes you deep into the heart of Shanghai Disney Resort! Guest writer Dakota McKinnon will be visiting the park in July. Until then, you might have seen his exhaustive coverage of curating some fantastic images and videos of the new resort on Twitter, especially the theme park.

Head on over to Dakota’s Twitter page or email him for more leading up to the grand opening in a few weeks. A big thank you to Dakota for giving us a glimpse of the newest Disney park!

Mark your calendars! Shanghai Disneyland Park is set to open its gates in less than 15 days! And with its opening, the world will finally understand what The Walt Disney Company chairman and CEO Robert Iger meant by it being “authentically Disney, distinctly Chinese.”

Before the world gets its official first looks into the $8 billion park, cast members and special invitees have been granted access for a six-week practice run known as trial operations. As a result, massive amounts of picture and video content have flooded social media giving outside eyes a sneak peak.

I have been collecting, sharing, overhyping, and analyzing all the thousands of shared media. At first, I was unsure of what to think about Shanghai Disneyland Park. (I mean, it is MASSIVE! Just look to its 196-foot tall castle!) However, after much thought and pondering, I have simmered down what I believe are the park’s five best features. 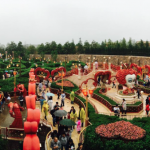 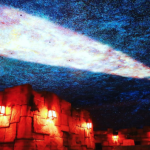 Let me get this out of the way – Shanghai Disneyland Park is the mouse house with the mostest. With Disney’s first ever TRON-themed roller coaster, a Tim Burton-based Alice in Wonderland maze, and a Soarin’-style flight over global landmarks, Shanghai packs an incredible roster. Its Pirates of the Caribbean: Battle for the Sunken Treasure is an intense feud between Davy Jones and “Captain” Jack Sparrow that puts sailors in twistedly moving boats and face-to-face with the Kraken. Even the park’s Peter Pan’s Flight uses projection-mapping and animatronics to take the classic pirate-ship flight across London’s skies to new heights.

4. DETAILS, DETAILS, AND EVEN MORE DETAILS 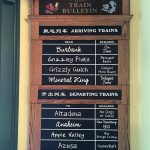 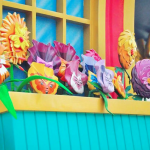 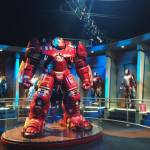 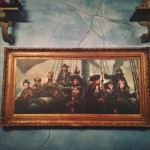 No major spoilers here! Like any other Disney park, the magic lies within the details. These are the things that keep guests coming back because these are what inevitably become our favorite facets. Shanghai Disneyland is no exception. A not so obvious nod to the flowers of 1951’s Alice in Wonderland can be found on the Mickey’s Storybook Express caboose. Iron Man’s Hulkbuster suit dominates the displays of Marvel Universe over in Gardens of Imaginations, Mickey Avenue’s Train Bulletin nods Walt Disney’s long lost “Mineral King” resort project, and the Brethren Court of the Pirates of the Caribbean movies hang framed in Treasure Cove. There is a new detail for everyone waiting to be found with each future visit!

3. INTERACTIVITY OF THE PARK 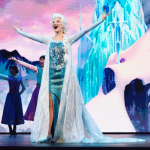 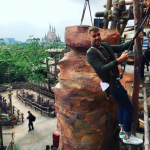 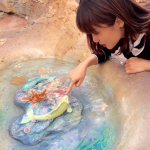 Shanghai Disneyland Park cannot be the experience it is without getting the guests involved. Treasure Cove has a exploratory shore of shipwrecks and sea creatures, and Adventure Isle is home to Camp Discovery (which is a beast of its own). Brave explorers can explore the lore of the camp’s caves at their leisure or harness up and literally scale across single rope bridges. The “Once Upon a Time” Adventure castle walkthrough, based on the 1937 animated classic Snow White and the Seven Dwarves, has guests call upon the Evil Queen’s mirror and assist her in concocting a poison apple. Guests can talk to Stitch in Tomorrowland, sing along with Frozen’s Anna and Elsa in Fantasyland, and disturb the Red Queen’s Bandersnatch in the Alice in Wonderland Maze. Each themed land has something for guests to get their hands on and be part of the story! 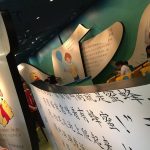 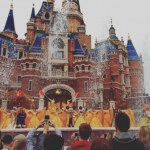 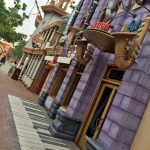 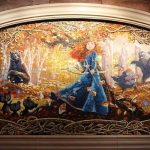 Opening Shanghai Disneyland Park means retelling the story of Walt Disney’s countless characters. The Chinese audience is familiar with Mickey Mouse, but I cannot say the tie to everything else is as apparent. Thus, Walt Disney Imagineers had the task of telling the stories of stories such as Snow White, Frozen, TRON, and even the Fab Five (Mickey, Donald, Goofy, Minnie, and Pluto) through new vehicles to draw this connection for them. This would explain the streets of Mickey Avenue and some of its whimsical Silly Symphony subtleties. This would explain the Enchanted Storybook Castle encompassing every Disney princess. This would explain why Broadway’s The Lion King is being staged with an all-Mandarin Chinese script.

The newest Magic Kingdom relies so much on telling stories that it has incorporated the theme into the names of the parade (Mickey’s STORYBOOK Express) and the daytime castle show (Golden FAIRYTALE Fanfare). Even the queue of The Many Adventures of Winnie the Pooh dark ride is built from large-scale pages and illustrations! Walking into Shanghai Disneyland is like cracking open the pages of one’s favorite Disney story (whether it is for the first time or for the millionth).

1. THE REFLECTION OF MAINLAND CHINA 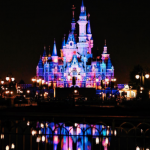 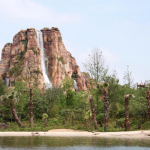 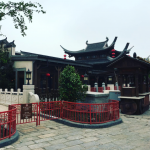 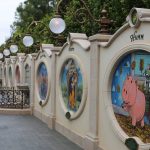 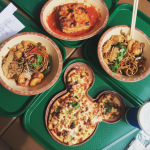 There is much to Shanghai Disneyland Park that is respectfully Disney and even more that is respectfully Chinese. The most impressive feature of this park is just how courteous Disney is to the culture of mainland China. Much of China’s past has been lost to revolution and political reformation; it now lies within the heart of the people and in the hills of the land.

Shanghai Disneyland plays to both notes. The Wandering Moon Teahouse salutes the traditional architecture and oratory storytelling of China’s past. The Enchanted Storybook Castle and TRON Lightcycle Power Run superstructures acknowledge the hyperrealistic skyline of Shanghai and China’s goal to be a landmark for modernity. Roaring Mountain mirrors Huashan Mountain, one of the Five Great Mountains of China. The Chinese zodiac has been reimagined with characters from familiar Disney and Disney•Pixar faces. Donald Duck and Chip & Dale don aesthetically cultural costumes for daily tai chi lessons. Mickey Mouse and Snow White are main staples in the park because these are the characters Walt Disney introduced to Chinese audiences first. Mickey Mouse has even cooked up traditional style Chinese cuisine to go alongside American favorites. Shanghai Disneyland Park, I would argue, relies on this balance of being “authentically Disney and distinctly Chinese” to foster the magic guests expect from Disney and the heritage guests bring to the park.

There is obviously much more magic than this to Shanghai Disneyland. Outside the park gates lies two luxurious resorts, a shopping district, and a natural beauty of a park that have already allowed guests’ heavy exploration. What we have not seen thus far lies within the walls of Disneyland Park.

On June 16, Shanghai Disneyland’s Grand Opening Day, I can only expect the best Disney magic to come flooding in from the Far East. This only musters my excitement for my trip to Shanghai, China, in July!