The historic El Capitan Theatre is celebrating 90 years of being “Hollywood’s Classic Movie Palace” this year. That’s over nine decades of movie magic shown on its screens.

From outside, the El Capitan’s marquee lights glimmer on Hollywood Boulevard and hearken back to Hollywood’s golden era. Although the El Capitan is an architectural sight to behold, there is so much more to the theatre than meets the eye. 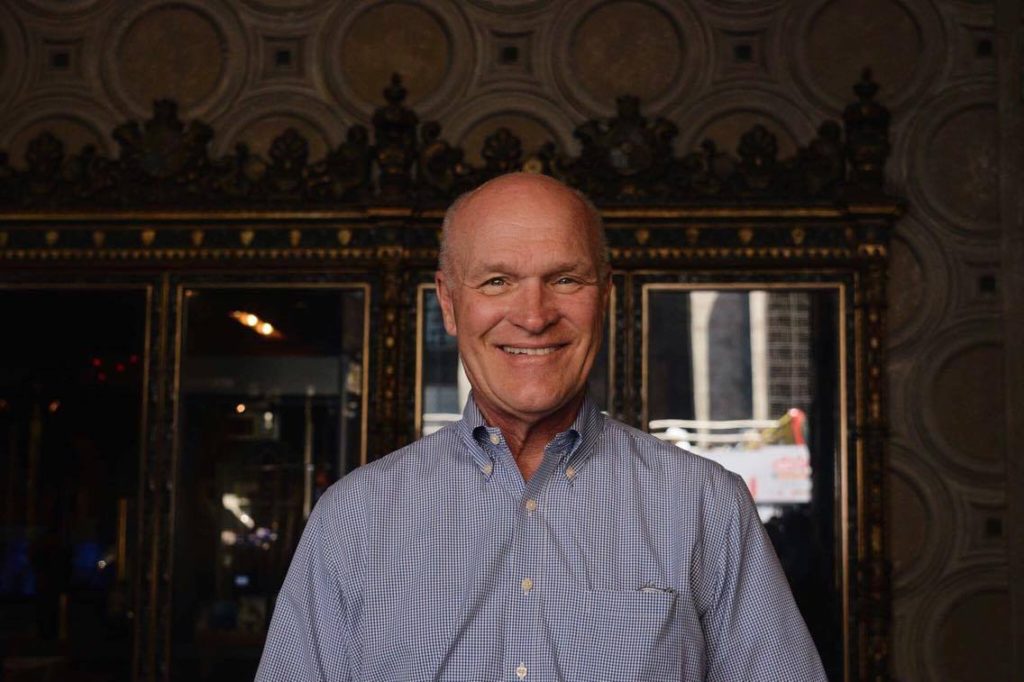 Ed Collins, General Manager of the El Capitan Theatre, says his favorite seat in the house is in the front row of the second tier in the upper balcony.

We had the opportunity to talk to Ed Collins, General Manager of the El Capitan Theare, about the theatre’s rich history as well as investments for the future.

Here are 9 fun facts about this Hollywood gem! 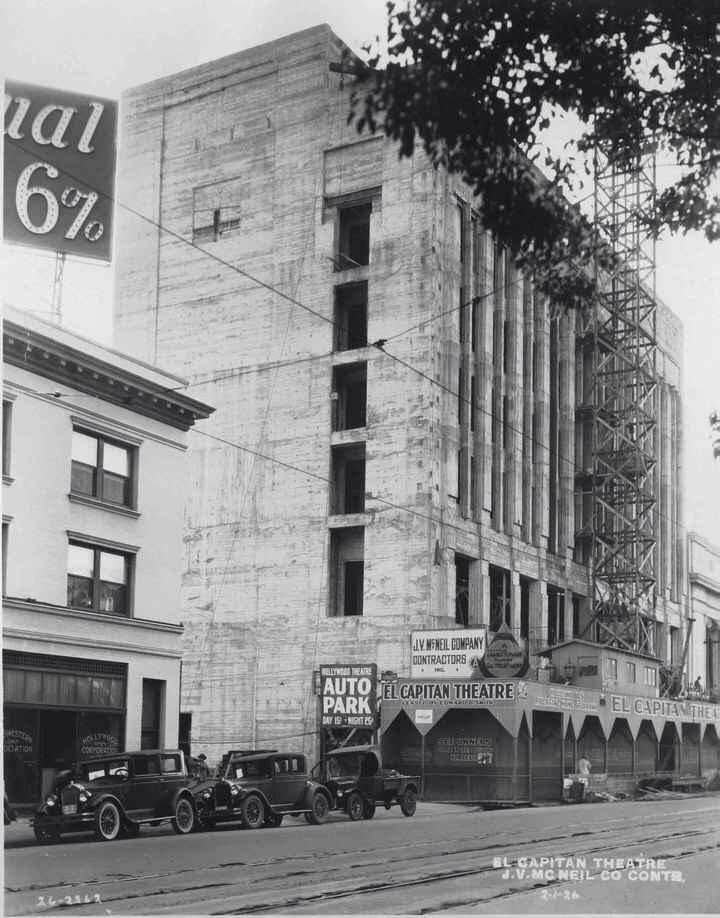 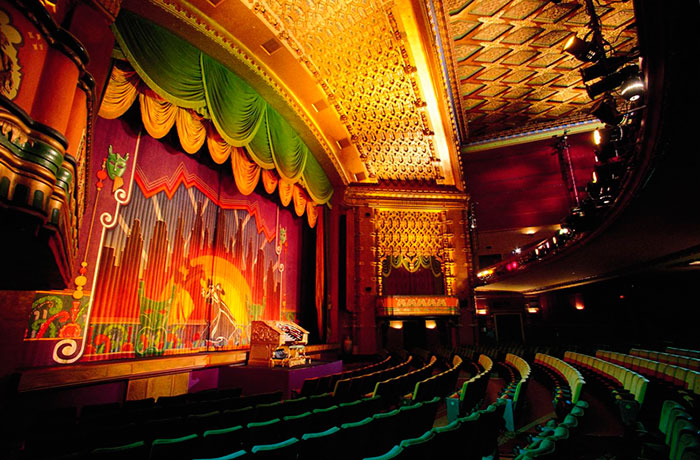 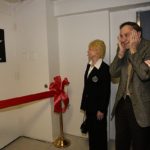 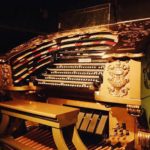 One of the 20-30 dressing rooms inside the El Capitan Theatre, The Sherman Brothers’ Star Dressing Room is the hosting area for the most high-profile celebrities that visit the theatre’s hallowed halls.

The organ that sits on stage today was the last built of its kind in the 1920s. It was originally installed at the Fox Theatre in San Francisco. The organ’s over 2500 pipes are installed inside the theatre’s two towers, which flank the main auditorium. A large Spencer Turbine organ blower powers the organ’s performances. 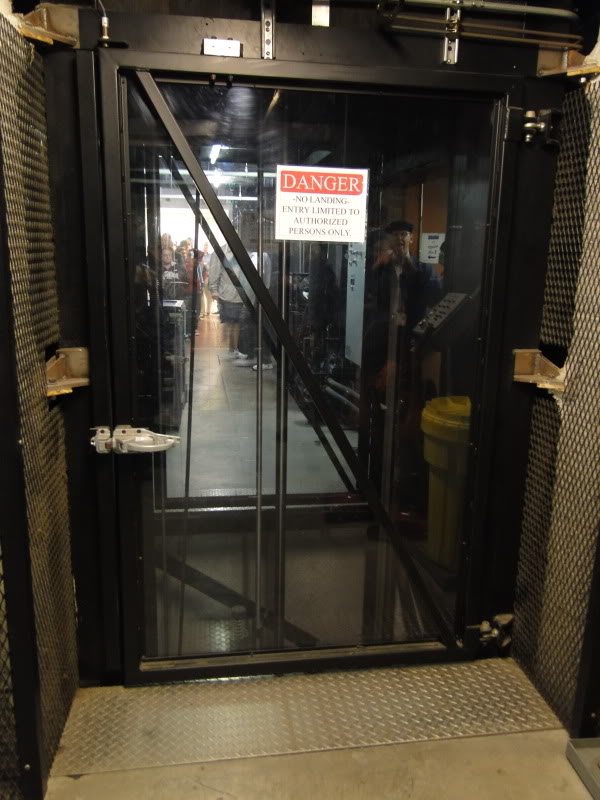 The Mickey Lift is the glass elevator that quickly transports performers on stage from below. 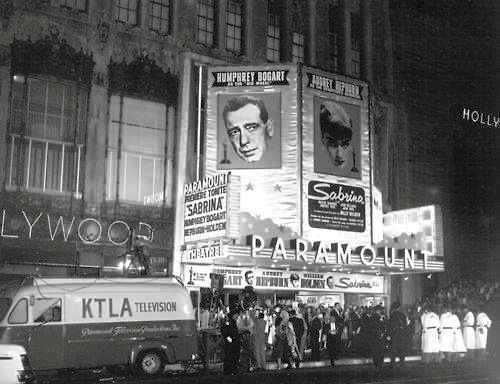 The El Capitan as the Paramount Theatre opened in 1942. It was regarded as a sleek, modern theatre showing and premiering the latest feature films such as War and Peace. Since the theatre wanted to appeal to a “modern crowd” of movie-goers, any semblance of the theatre’s old East Indian and Spanish colonial architecture was covered or removed in favor of clean lines. 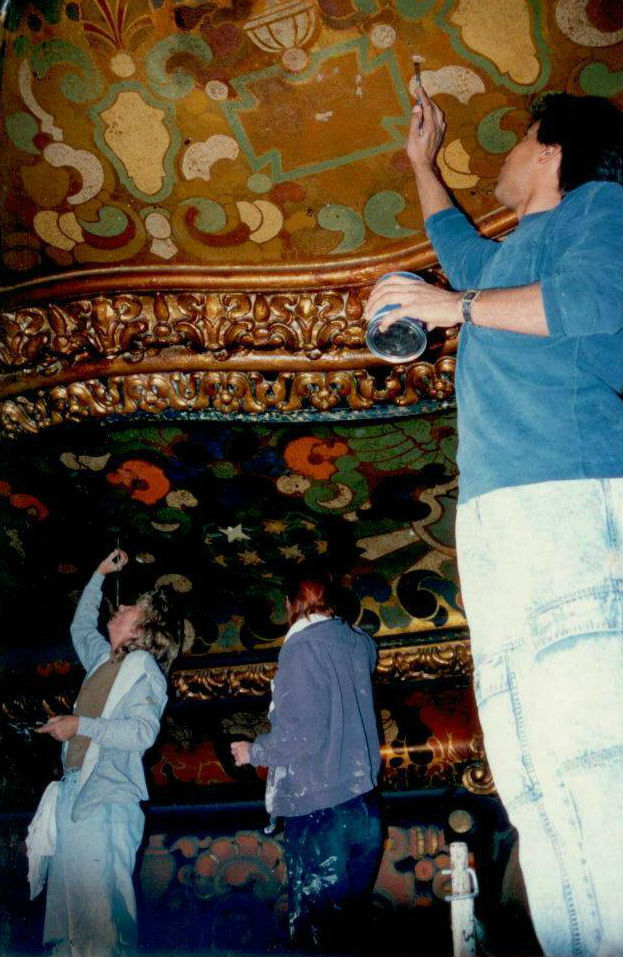 According to Collins, The Walt Disney Studios sought a theatre where the experience of watching their movies would match the quality and work put into them. For Disney, that theatre was the El Capitan Theatre.

They invested in a two-year renovation and restoration ending in 1991 to revert the existing Hollywood Paramount Theatre to its original state. The restoration team members analyzed paint scraping samples to duplicate the theatre’s original colors, illustrating the team’s painstaking attention to detail. 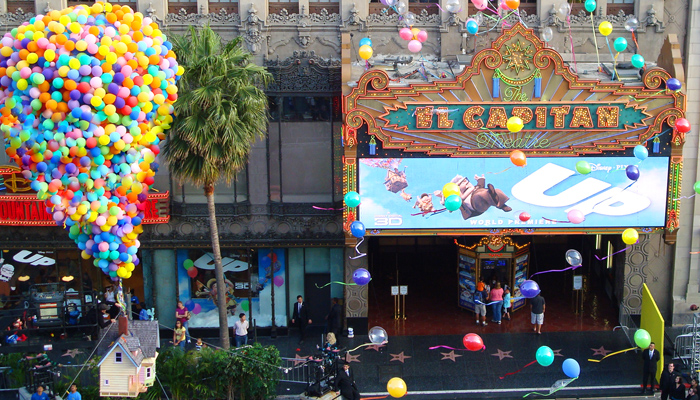 It was renowned as “Hollywood’s New Temple of Spoken Drama” at its opening. For over a decade, the theatre ran almost 120 live stage productions.

Don’t let the old-fashioned vibe fool you; this theatre features the most advanced technology. Guests at the El Capitan Theatre can experience Dolby Vision, the most advanced projection technology in the world, and Dolby Atmos, Dolby’s groundbreaking surround sound technology. The El Capitan is one of a handful of theatres that have married Dolby Vision’s “rich colors and distinctively brighter images” with Dolby Atmos’s “moving audio that surrounds you in three-dimensional space”. 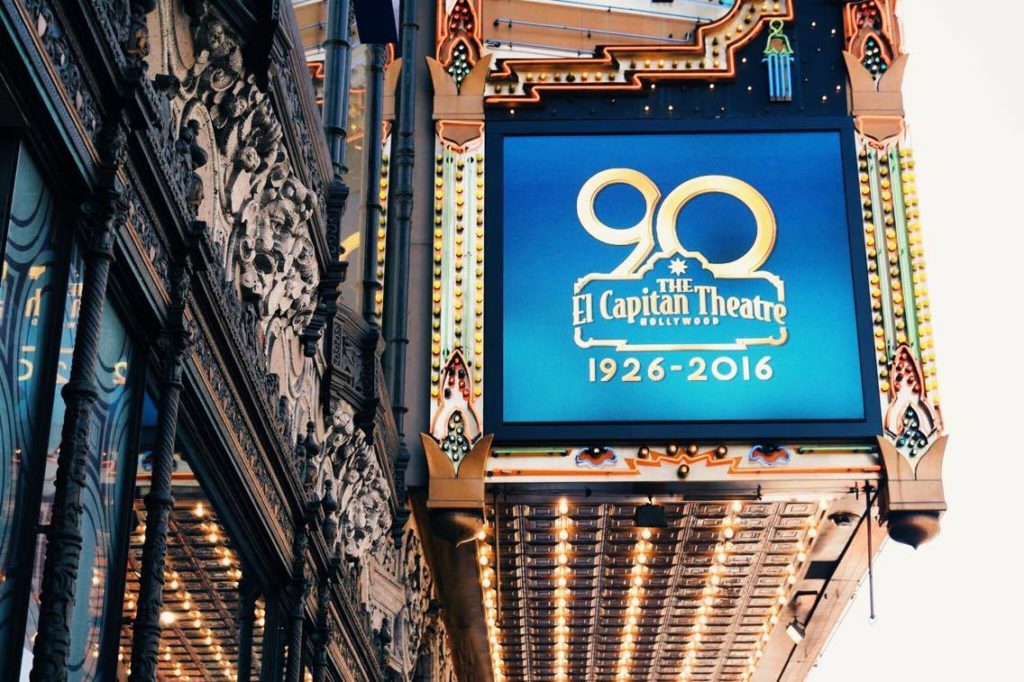 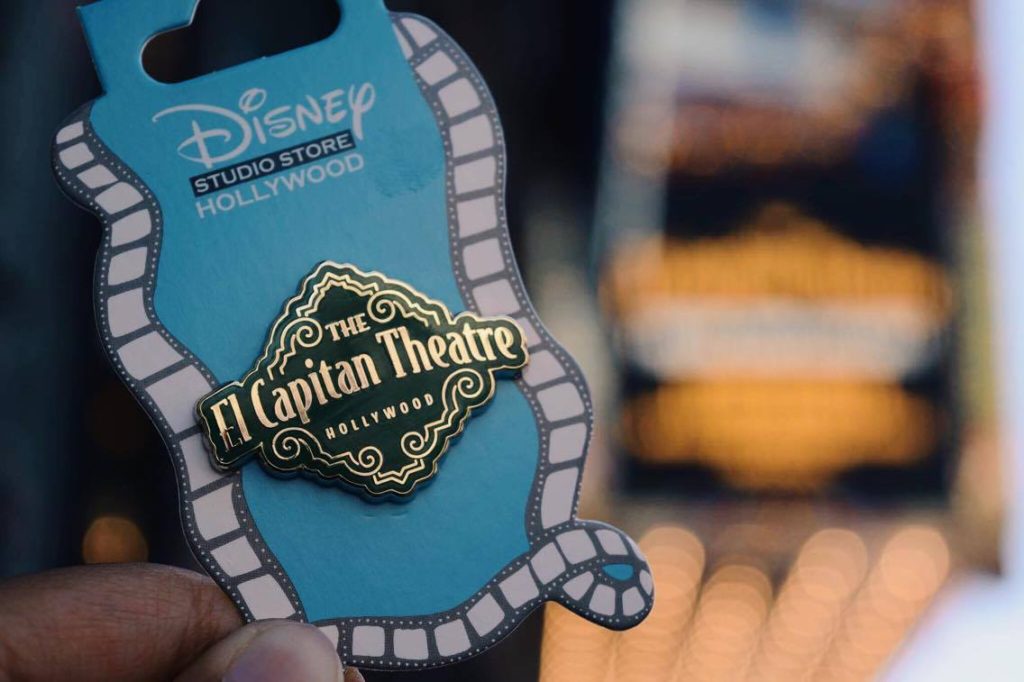 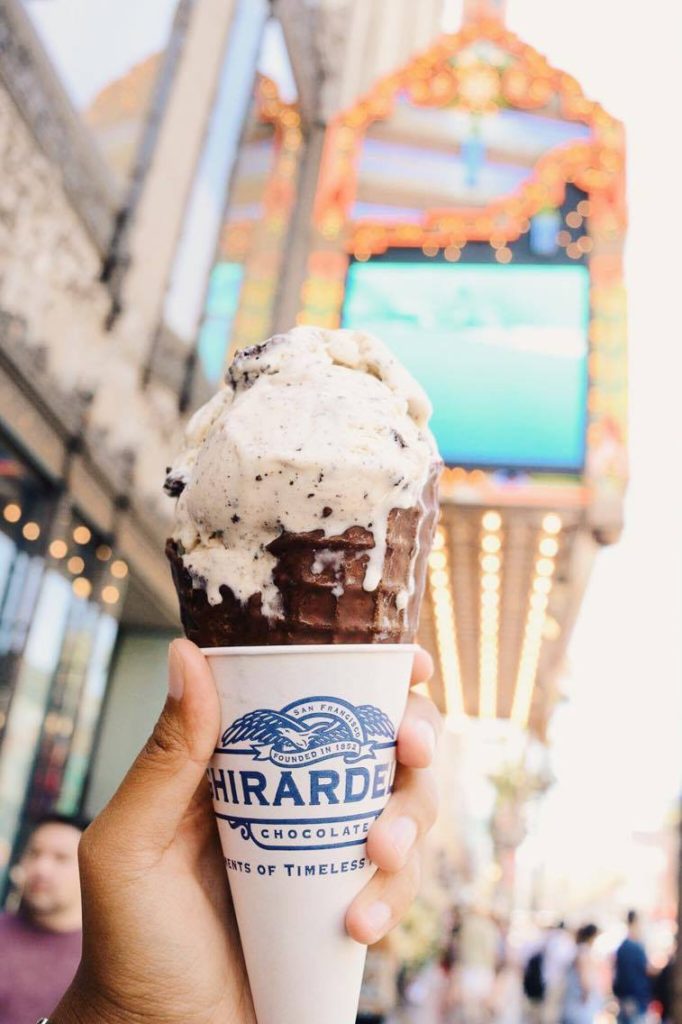 Indeed, the El Capitan’s state-of-the-art sound and projection system speak volumes about the theatre’s investment towards the future of cinema. According to Collins, El Capitan’s technical systems are always being updated to match the advancement of technology.

During our visit to the El Capitan Theare, summer camps were getting ready to watch Finding Dory and enjoy The Bubble Guy, Steve Langley, fill the the El Capitan Theatre with jelly-fish like bubbles. This is just one example of the many programs and special events the El Capitan hosts to make going to the movies an unforgettable, red carpet experience.

The El Capitan’s upcoming events include Pete’s Dragon and a special exhibit on Disney’s Dragons, Throwback Thursday featuring Lilo and Stitch, and Beauty and the Beast with Princess Belle, herself, live on stage.