You’re probably super excited for “Beauty and the Beast.” Many people are, and many of these people call this movie their “favorite” and have been following production for months – I know because I’m one of those people. It’s likely you’ve already made plans to see it regardless of what I say in this review. And hey, that’s cool with me – I’m going to come right out and say it now: you should definitely watch “Beauty and the Beast,” even if only because it’s based on a great, wonderful, awesome cartoon, a film that’s considered a major milestone in animation history.

I’ll also go ahead and tell you what I’m rating this live-action movie: 4/5

Before you ask why this movie isn’t perfect, be assured that “Beauty and the Beast” has a lot of good points. In many ways this film succeeds as both an adaptation and as a standalone film, but I know there are two points of interest that add tension to the way I’m rating this movie: design and plot.

Visuals in “Beauty and the Beast.” 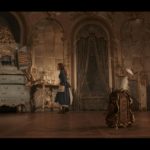 The design of the realistic aspects, for example – the costumes and the backgrounds specifically – all look like great, real-life interpretations of their animated counterparts. I was worried about how Belle’s yellow gown might look, but all of her outfits (and the wardrobes of the other characters) came together beautifully. If you’re a fan of architecture, this movie has a great range of artistic styles, from Belle’s rustic country village to Beast’s extravagant castle. As a whole, the movie is fun to look at.

I wouldn’t skip this movie just because of the flaws in its design. I admire Disney for taking on such an ambitious project, and at the end of the day the movie is still beautiful despite its weaker moments.

It’s in the film’s plot that gets a little controversial. 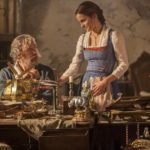 I applaud this live-action repeatedly for the depth it gives even the most minor characters. This two hour-long movie takes extra time to add emotional backstory and strengthen bonds between characters: from villagers, to castle servants, to even Belle and the Beast themselves. Additionally, rather than create brand new stories (as in “Maleficent”), the explorations of character in “Beauty and the Beast” add to, rather than subtract from, the core of the original story. Again, it’s reality that this movie is able to capture well: major themes of the story are built upon relationships between the characters, and the live-action movie shows us these conflicts and resolutions well.

“Beauty and the Beast,” however, seems to find fantasy a little less easy to depict on screen. The movie seemed to place more importance on relationships rather than magic, and that isn’t necessarily bad, but in a film like “Beauty and the Beast” magic – and the rules that come with it – is an essential theme. As such, my final impression of the film was that it fell short in capturing a major element of the cartoon film, which brought my review score lower.

After all this, I still liked “Beauty and the Beast.” 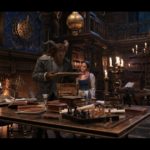 This movie was very hard for me to rate because of how special the animated film is to me. I was torn between loving it and hating it just because it’s based on a film I already love, and I’m sure fans will be divided between praising and criticizing details. Regardless of what I thought about the film overall, I still think it’s worth watching – it’s an adaptation of a great movie and brings up a lot of issues about storytelling. Love it or hate it, it’s a Disney film based on an already great Disney film: a good formula for instant popularity and instant criticism, meaning that this movie will definitely be talked about in the coming weeks.

Be sure to catch “Beauty and the Beast,” out March 17th to be part of the conversation.