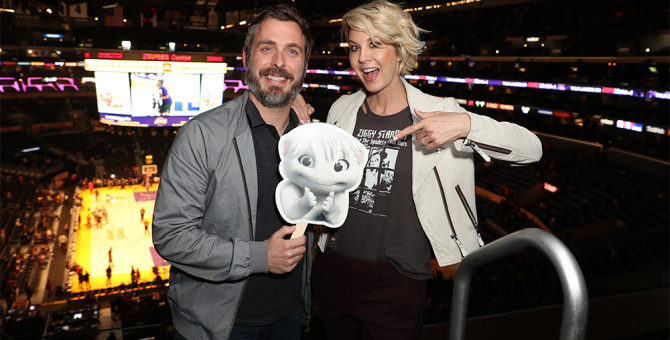 For many, the idea of working for Disney is a dream come true. The reality, especially for those who are tasked with creating Disney’s films and TV shows, is that there aren’t that many opportunities to get people’s personal dreams made.

“It’s all about making things,” said Patrick Osborne to us in a recent phone interview. “That’s what we creatives do and there are just too many talented people at Disney who all want to make things. The reality is that it’s not going to happen for a lot of those people.”

While somewhat sad to leave, Osborne left Disney after serving as head of animation for “Big Hero 6” and the director of the Oscar-winning animated short “Feast,” to name a few stints he had at the studio. With his Oscar in tow and the creative tools from his time at Disney, he knew he had some leverage and a foundation to start making more of the things he wanted to make as a visual artist.

It’s a process started like any other, meeting producers who could help him get his creative visions off the ground. “They are like awkward first dates,” he said. “But just like those dates, it’ll eventually lead to the one meeting that will make all the awkwardness worth it.”

Osborne’s creative pitch for a new TV show was not awkward at all, however. “It was about a show where this imaginary friend followed this person in his/her adult life.” He assured me that he wasn’t inspired by another imaginary friend in a recent Pixar film.

Robinson provided Goldberg, Goldberg helped with the funny, and Guarascio add a family element to the story which was going to be anything but family with a “crass” imaginary friend. It was a more emotional story with family at its center, which ultimately found its way to ABC and was greenlit to produce a 9-episode first season. “Each one of these people added an element to concept that ultimately studios liked.” 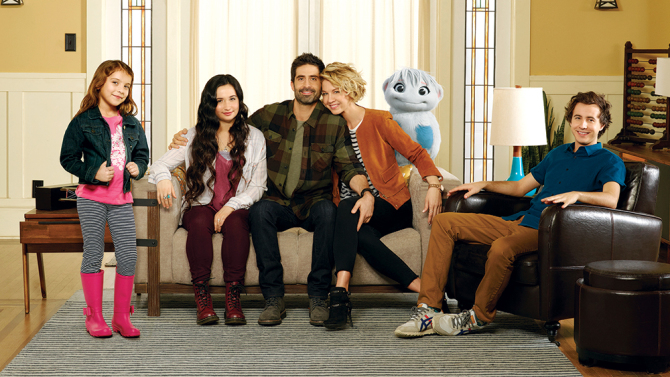 As for Osborne’s contribution, it came from his roots. “While I didn’t do the animation myself, I was close with the studio that created Mary.” Mary, the imaginary friend of Alice played by Jenna Elfman, is the only piece of animation in the TV series, but had to be the most complex piece of animation done for a TV show, according to Osborne.

Beyond contributing his animation skills, Osborne thought of the project much more than just a traditional animation project. He saw it more of an opportunity to learn another aspect of entertainment with animation as the line between it all. Before “Imaginary Mary” and post-Disney, Osborne led another Oscar-nominated animation project – this one entirely done in virtual reality. He’s now working on directing an animated feature with Fox.

The series premiere of “Imaginary Mary” was met with many people somewhat enjoying the show, as well as many who did not. Like any other new TV series, ABC has yet to make the verdict on if more episodes should be made (which will happen when more viewer data comes in), but Osborne isn’t worried. It’s on to doing and learning more.

“I’ve learned a lot working on “Imaginary Mary” and enjoyed it immensely,” Osborne continued. “If I don’t get to do more episodes, I’ll take what I learned and run. There’s an animated feature that has my name on it.”

Our special thanks to Patrick Osborne for taking the time to chat with us for this piece!