When celebrated screenwriter Lawrence Kasdan first got involved in the Star Wars films, he immediately held a connection with one character in particular on set. “There’s something about seeing Han for the first time in the Cantina that captured me,” he said to a gathering of media at the film’s global press conference in Los Angeles.

Kasdan continued, “I already had a story bubbling and now to be able to do a movie just on him is amazing.” Nearly 40 years later, Kasdan and his son Jon were tapped to write the screenplay for “Solo: A Star Wars Story.” And the story they wanted to tell was a familiar one, but didn’t want to just create a film for those familiar.

To do that, the Kasdans worked together with director Ron Howard to craft a Star Wars story that would service the fans, but would also introduce Han to new ones as well. “I’m a Star Wars fan, but I’m not encyclopedic of it,” said Howard. “So I was very happy that Jon and Lawrence, who are very familiar with Han and the universe, were there every step of the way.”

Even the stars of the film wanted to strike a balance between fandom and first impressions. “I had lunch with Harrison Ford before film to make sure that I understood as much as I could about the character,” said Alden Ehrenreic (Han Solo).

Donald Glover (Lando Calrissian), on the other hand, was incredibly surprised to have even been considered to play the role. “My dad was a huge fan of Lando. I’m a newbie to all this and it’s amazing to have just been included,” Glover said. 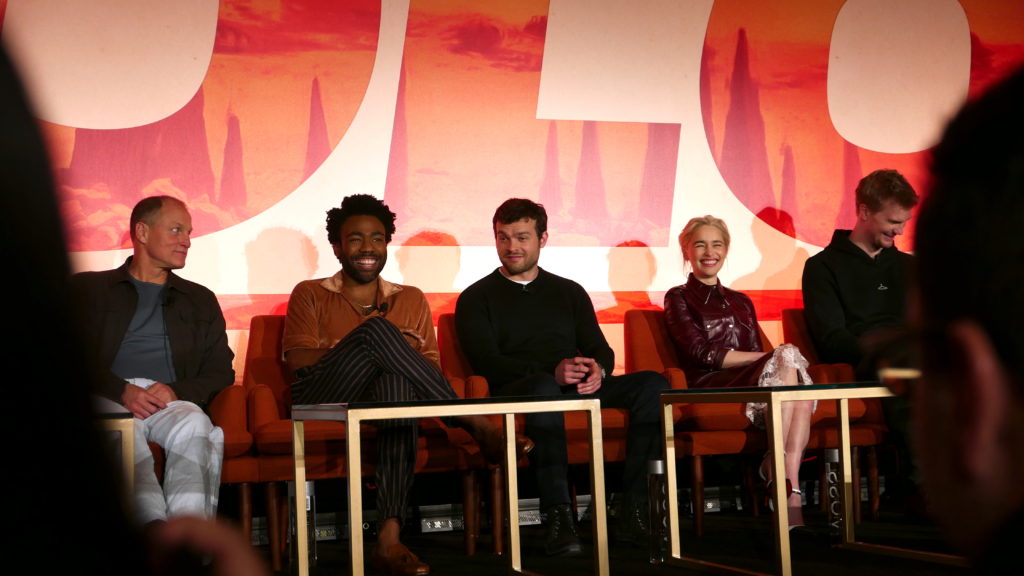 The film reportedly takes place in the era of “Star Wars Ep. 1: The Phantom Menace,” which would make it the perfect precursor to the entire Skywalker Saga for new viewers. At the same time, longtime fans of the film saga can look forward to many “loose ends” being tied up when it comes to origins of many things, according to Howard.