It has been a busy season for Walt Disney Imagineering. The team that is responsible for turning Disney’s movies into real-life experiences had debuted new projects at the major U.S. Disney resorts that had one thing in common – they had Pixar all over it.

Disney has benefitted heavily from its purchase of the small animation studio once led by the late Apple CEO Steve Jobs. While much of the studio’s attention have been about its films, not much attention has been given to the physical manifestations of its films into its theme parks.

With the exception of Cars Land at Disney California Adventure debuted in 2012, Disney’s theme parks have had a small presence of Pixar-themed attractions. This summer, that all changed with the debut of an entire Toy Story Land at Walt Disney World and Pixar Pier at Disneyland Resort.

Like most projects that are inspired by Disney films, Disney’s Imagineers often work directly with the animators, writers, and others who worked on those films to create new assets for the theme parks. As one might imagine, that work in just asking Pixar’s team questions alone, can be quite difficult when it comes to scale and scope to ensure that everything that’s built is authentic to the films.

It was that need for authenticity and collaboration that Pixar decided to create an in-house team that would be dedicated to handling all theme park projects. The so-call Pixar Theme Parks team began as a very small operation formed by Liz Gazzano and Roger Gould, people who worked for the shorts department at the studio, back in 2007 around the time that Imagineers were building Finding Nemo Submarine Voyage at Disneyland Park.

Today, the team consists of about 20 people, including Tasha Sounart.

Sounart has been with Pixar for a collective 16 years in various roles, including animator. She has been on the Theme Parks team for 3 years and shares responsibility of the entire team to direct and consult with Imgineering and outside teams to make sure Pixar’s stories and shared the right way. 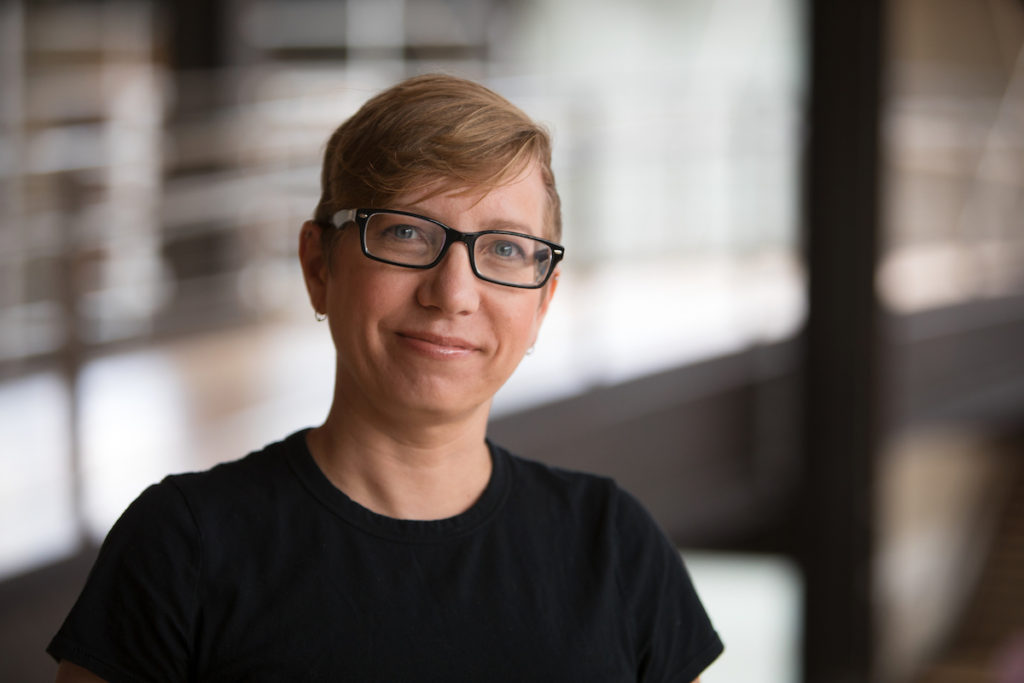 “We took it upon ourselves to make sure that everything they were doing on the parks were matching what we were doing on our films,” she said to us in a recent phone interview. “Today, we really still serve as consultants to anything that includes our characters, from shows, marketing, merchandise, and attractions.”

One of those recent attractions that the team worked on was Pixar Pier at Disney California Adventure park. It was a unique project, according to Sounart, for a variety of different reasons. “The schedule was a large challenge since there was a limited amount of time for the teams to build in things like the Incredicoaster when it was scheduled to go down for refurbishment.”

Another challenge that the team had to brainstorm on for a while was the idea of creating the Pixar character neighborhoods that would make up the re-imagined Paradise Pier. “The space already had Toy Story Mania! and what would be the Incredicoaster, so we figured out how to celebrate many Pixar characters in a fixed area.” Sounart went on to say that identifying the concept went through other iterations to make sure that the implementation of the stories of each of these characters from their movies wouldn’t be ‘questioned.’

Sounart herself worked primarily on Lamplight Lounge, which presented its own challenges. “It’s the first ever space that we’ve worked on that was meant to celebrate Pixar, the company,” she said. “We didn’t want to make it look cheap or fake because it’s meant to be reflection of quality of work we do at the studio.”

While many locals and visitors who have visited Pixar Pier since its opening this summer have enjoyed the ‘new’ area, a lot of uncertainty still remains. With the re-imagining of an existing area, the levels of enjoyment over time might come into question. For instance, a roller coaster that is loosely based off a sequel to a movie and carnival games that highlight long-gone Pixar animated shorts might not be as enjoyable as it is today.

When asked if Pixar Pier would change with the times and more revenant Pixar movies that come out, Sounart seemed to agree. “When we were making this (Pixar Pier), we were always thinking of ways of how we could refresh it.”

However, she did mention that they are only part of the process when it comes to what Pixar experiences end up in Disney’s theme parks. “We have these brainstorming sessions when new films come out. At the end of the day, we bring the ideas, but they are paying for it and in control of the budgets.”

But that creative and business tension is nothing new to her and the rest of the Pixar Theme Parks team. In fact, they are excited to explore new opportunities with Imagineering that include how they could refresh Pixar Pier.

“We already have some really fun ideas, so I’m hoping they could happen,” Sounart said. “Our next film will be Toy Story 4, so hopefully we get to refresh the area with something from that. We have ideas!”

Our special thanks to Tasha Sounart and Pixar for the interview opportunity for this story.