A lot of what people loved about the original “Mary Poppins” film and last year’s sequel, “Mary Poppins Returns,” was just how ‘magical’ the films are.

What is magical, you ask? Well, apart from the film not having anything too negative like explosions and violence, they are films that are fanciful, imaginative, lifting, and filled with real magic! Like, practical, visual magic that you have to see with your own eyes.

We chatted with Matt Johnson, the VFX supervisor for “Mary Poppins Returns,” to learn more about what he and his teams had to do to pull off all the screen magic.

DE: What was the most “magical” scene you and your teams had to create for the film?
MJ: It was probably the blended live-action/animation sequence where the cast heads off to play in the Royal Doulton Bowl. Our director Rob (Marshall) wanted to honor the original film sequence when Mary, Bert, and kids went to play in the park. It blended hand-drawn, 2D animation with 3D, real-life actors. Our sequence was only made more complex because we needed to update our tech to match the believability that comes with new technology. 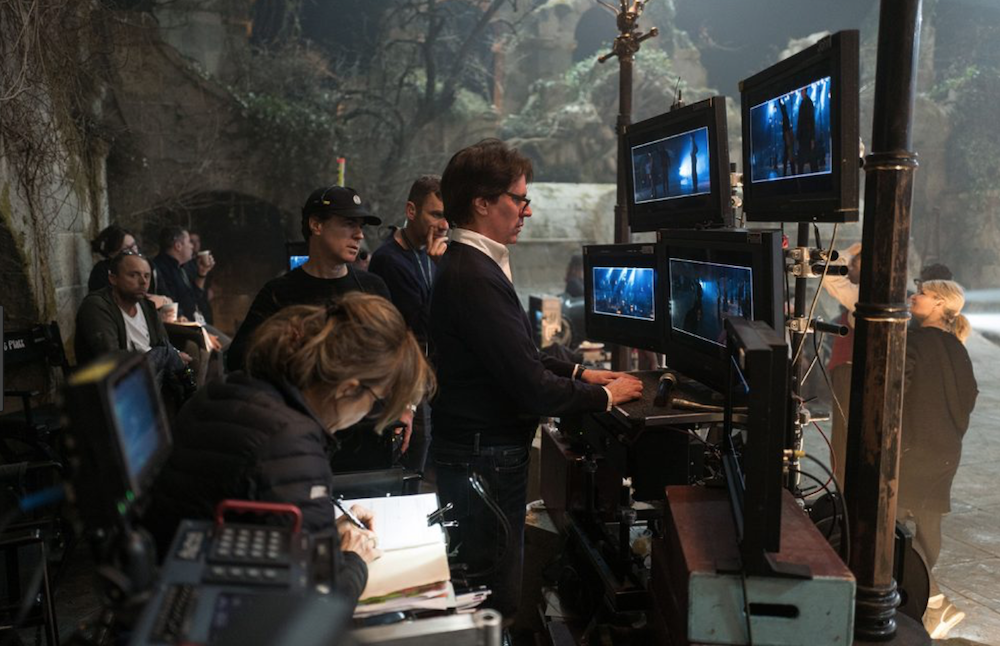 DE: Rob Marshall is a big fan of practical visual effects. How difficult was it to balance digital effects with practical effects to create that magic?
MJ: It wasn’t difficult at all, actually! The team and I also side with Rob about trying practical effects before we have to even think about using digital. That all depends on what’s needed for the scene. For example in the bathtub sequence, Mary and the kids end up playing in the deep sea of the tub water. That situation called for digital because of our human dependency on air and being able to act and explore underwater. However, we did up using a water slide underneath the tub for the scene when the kids and Mary enter that water dreamland. So, all our efforts really went hand-in-hand pretty seamlessly.

DE: What were some of the other examples of practical effects that you think people missed?
MJ: Just like real magic, we don’t divulge too much. But one was Mary’s talking umbrella. That bird beak was actually a mechanical contraption in an umbrella stem that acted like a puppet. All of that aside, if you were to hold the umbrella upside down, it was pure magic to see it talk!

DE: You seem to be fascinated fully with the magic in making this film!
MJ: Yes, and I suppose it stems from the fact that it’s the most magical film I’ve ever got the chance to work on. Typically the films that I’ve done include violence, explosions, and catastrophe (“World War Z” as an example). This film was nothing like that and It’s always refreshing to create something that isn’t dark and gloomy.

DE: Were there any magical moments for you during the production of the film that you’ll remember for the rest of your life?
MJ: I think talking with Dick Van Dyke on set was pretty darn magical! He ended up telling me that he did digital visual effects on his own computer around the time the first “Mary Poppins” debuted. We nerd-ed out on it!

You can find more visual effects magic and more behind-the-scenes information on the Blu-ray version of “Mary Poppins Returns” on March 19. We’re giving away a copy to one lucky DisneyExaminer, so be sure to head to our Giveaways page now to enter.

Our special thanks to Matt Johnson and the Walt Disney Studios for contributing to this story!