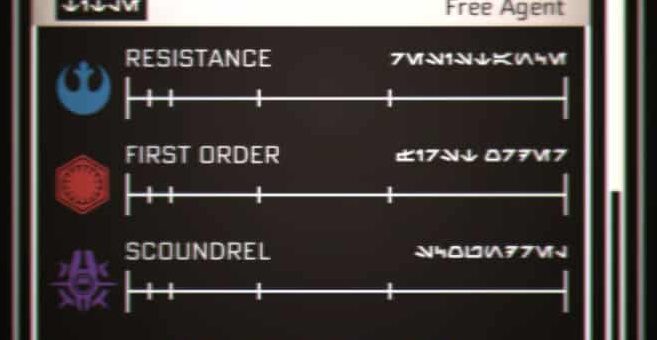 Star Wars: Galaxy’s Edge is now open to the public without reservations* as of today.

And while a lot of people who haven’t seen the land will be heading straight for the Cantina and Savi’s to get their reservations, returning visitors have the chance to experience something they may have not really tried.

The Play Disney Parks app is home to the Datapad. It was teased quite a bit before the May 31st reservations opening period, but went under the radar pretty quickly. It was rare to see anyone with their phones using the app and the built-in Datapad that allowed visitors to Black Spire Outpost to translate Aurebesh signs, “hack” doors keypads for the Resistance or First Order, or listen in on some galactic radio chatter, or go on missions to gain credits aka Batuu currency.

While all those features make for a very robust app when used on Batuu, it clearly wasn’t a priority to do with so many people taking pictures and video of their first moments entering the new land.

Disneyland internally is hoping all that will change with this next phase of the Galaxy’s Edge opening. Tech-savvy users have taken a deep look into the code (or APK) of the Datapad and have found a few interesting things. They include premium paid missions and in-land interactivity. 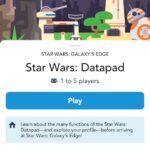 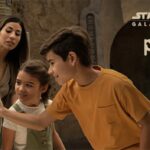 For the premium paid missions, users will have the option of buying (with real USD) in-app missions that are on top of the free ones you can currently do within the Datapad. The paid missions will differ, however, because they will add to the variety of things you can do within the land. For instance, your credit exchanges might take you to meet a fellow galactic traveler to Batuu who’ll send you on a mission that triggers even more in-park interactions with people.

Similarly, there might be missions that trigger an interactive element in the land. Think of the things that happen when you wave a wand in the Wizarding World of Harry Potter or the past interactive role-playing games that Disney did in Disneyland like The Optimist (a “secret” RPG tied to a movie they released called “Tomorrowland“). Things may ‘magically’ happen if you complete missions or fail them…

In any case, there’s a lot planned for the Play Disney Parks app through the Star Wars: Galaxy’s Edge Datapad function. And that’s key to understand. The app was created to entertain people while waiting in line. Thanks to Datapad and its future functionality, it has the possibility to be the thing you use when when you’re out of one.