I had the privilege (thanks to our media partners across Disney) to attend both the Walt Disney Studios and Disney+ presentations at the D23 Expo this past weekend.

At both keynotes, Disney presented its cases to fans: one shared part of its upcoming 2019 – 2022 movie slate and the other, a part of its entertainment offerings coming when it launches in a few months.

While both had different time slots to present, it was clear that both were appealing to the same crowd. And not just Disney fans.

At The Walt Disney Studios presentation, Disney’s filmmakers from its upcoming films each made their way on to the stage and shared everything from live-action remakes like “Mulan” (releasing March 2020), sequels including “Frozen 2” (out in November 2019), and even fresh originals like Pixar’s “Soul” (coming June 2020).

For Disney+, Disney execs shared more of the same: a live-action remake with “Lady and the Tramp,” a sequel series with “High School Music: The Musical: The Series,” and you guessed it, fresh originals like the Anthony Bourdain-esque series called The World According to Jeff Goldblum. 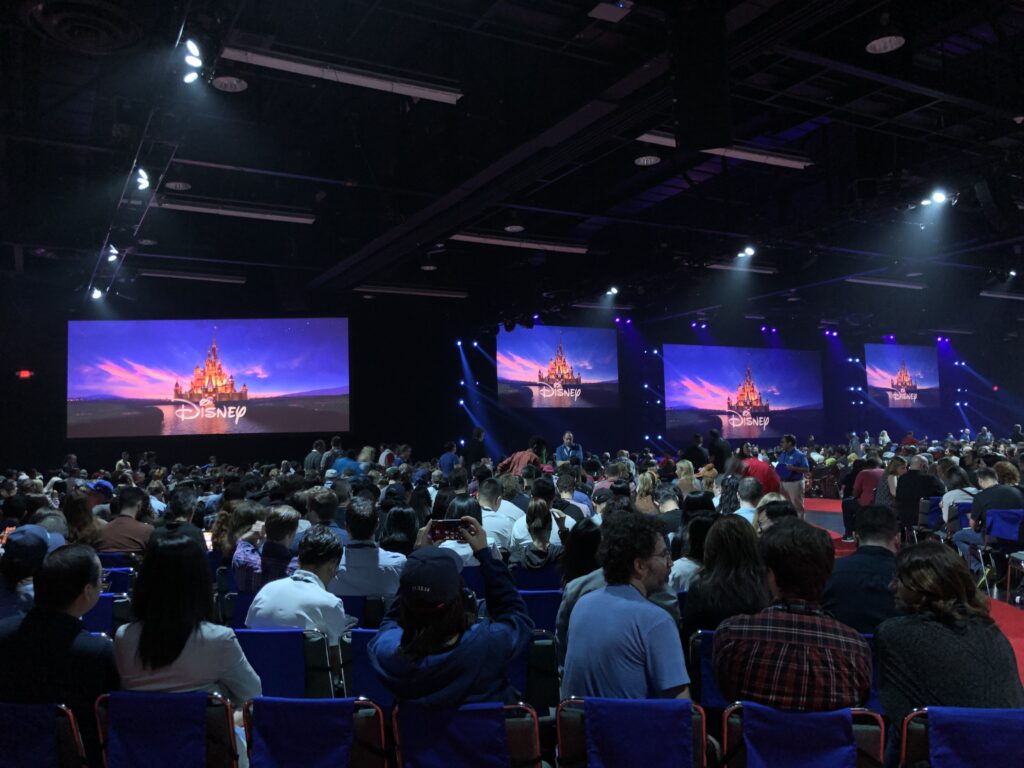 Both presentations were inside the “Hall H” for the D23 Expo called Hall D23.

The parallels weren’t immediately apparent to me, but they are now. And those are just a few examples of what we can believe to be Disney doing what they do best: synergies.

Let’s think about this: with so much Disney content calling out to us already, think about how you’ll feel when Disney+ launches on November 12 and when these new movies hit theaters around that date.

If it doesn’t get your Disney head spinning, I don’t know what else will. One thing’s for certain: you’ll have choice to buy into Disney+ and these movies.

But you’ll probably subscribe to Disney+ and buy those movie tickets in a heartbeat because Disney planned your choice already with their variety of content that will want you begging for more.

Welcome to the new, ever-tempting and delightful Disney!