We’ve had the privilege of being able to go to The Walt Disney Company headquarters (aka The Walt Disney Studios) in Burbank many times already and let us be the first ones to tell you that any Disney fan would really appreciate the opportunity to even step foot on the cement there. The Disney history that surrounds that place is immense and immersive. From the place where Walt Disney’s office still is today to the historic soundstages where great Disney productions are still made today, it really is something to be enjoyed for a full day.

But even with the many things that we’ve seen on multiple visits to the Lot, there are still a lot of things that not even we can see. There are even things that people who work on the Lot and for the Disney Company can’t even see. One of those things that we’ve always wanted to see is The Rotunda. 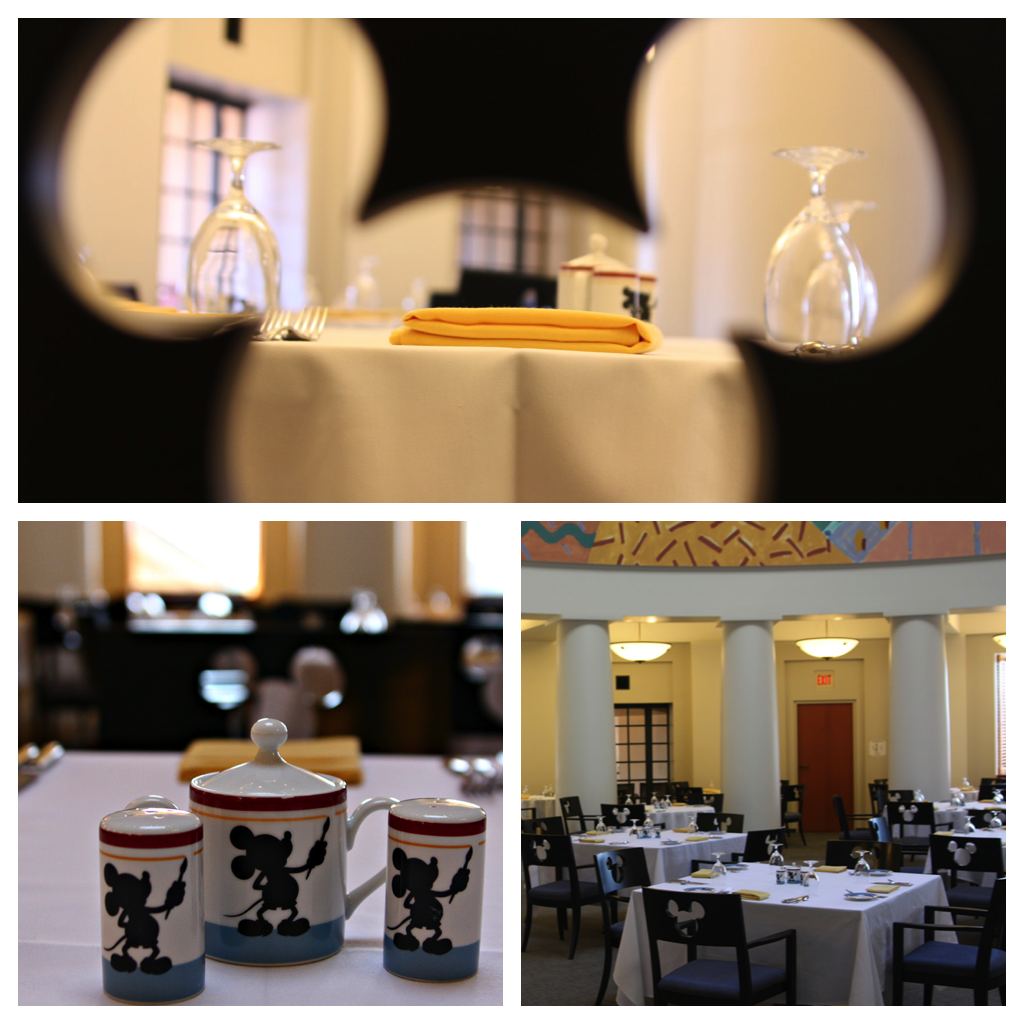 The Rotunda is the Disney Company’s Executive Dining Room located on the top floor of the building whose roof is held up by the Seven Dwarfs. It’s a place where Disney executives and their guests can sit down and discuss the newest movie, theme park attraction, etc. – it’s another place where the Disney magic gets done…with the help of some delicious food.

It’s certainly a place that we still hope of being invited to dine there one day, but until then, we’re grateful that Disney has given us some pictures of the restaurant and a recipe and from the Rotunda’s Chef Ed Arai to keep us wanting more.

Even Chef Arai is stunned to be able to work in such a place saying “We often get legends dining in here — really accomplished people. Sometimes people I grew up admiring will come into the kitchen to thank me for their lunch, and that blows me away a little bit.”

Still don’t think this place is special? Chew on that.

Puree until you get a fine blend.

Add ¼ cup of water while blending to loosen marinade.

Take the marinade and separate ¼ cup and sit to the side. Preheat the oven to 375 degrees.

Heat pan with olive oil and wait for a light smoke to appear off the surface of the pan. Gently place the salmon on the pan for a light sear (aprox. 1-2 minutes).

Flip fish to the other side and place in the oven for approx. 8-10 minutes.

Would you like to dine in the Rotunda one day too? What would you order or request the chef to make? Think about it and tell us in the comments.