It has been a few months since the last Disney Dream Portrait from famed photographer Annie Leibovitz. Sure, these photos act as awesome marketing materials for Disney (specifically Disney Parks), but they also make the people in the photos’ dreams come true as well. Just a few days ago, American Idol finalist Jennifer Hudson was revealed to be the newest celebrity featured as a Disney character in the series. 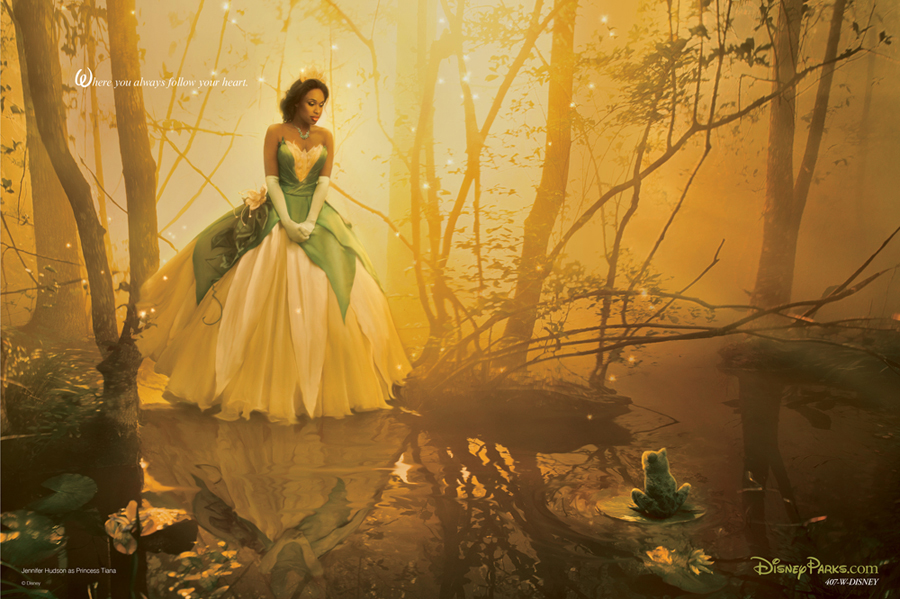 Hudson slipped on an elaborate green dress and into a very green “Great Swamp” to portray Princess Tiana from Disney’s “The Princess and the Frog.” As honorable as taking the form of a Disney princess, Hudson takes so much more pride in being a part of the Disney dream that span her lifetime. Take a look at the video below and hear it from her on location during the shoot!

Be sure to check out the rest of the Disney Dream Portraits by visiting our Facebook Page! Would you ever want to be a part of a photo shoot like this? What Disney character do you think would best fit you – realistically? Let us know in the comments.