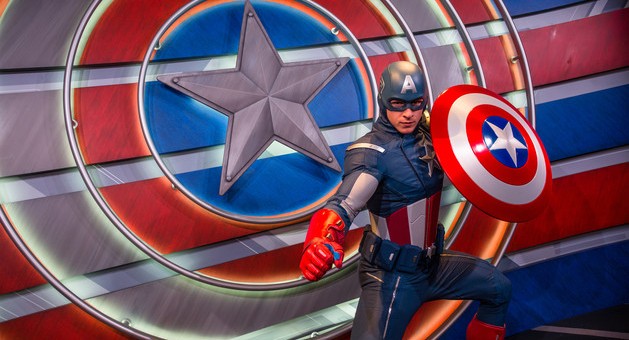 When they aren’t shooting a movie, Marvel’s Avengers seem to have chosen Disneyland Park to assemble. Disneyland has just confirmed that Captain Steve Rogers aka Captain America will be at Innoventions in Tomorrowland this Spring, in conjunction with when “Captain America 2: The Winter Solder” releases in theaters.

Captain America will join his fellow Avengers Iron Man and Thor inside the Tomorrowland attraction for a meet and greet. Details have been sparse, but we’ll update this post when we get more information in early February.

UPDATE 2/10: Disneyland has announced that the experience called “Captain America: The Living Legend and Symbol of Courage” will open at Innoventions on Friday, March 7!

Annual Passholder previews have also been announced and will require online registration which is available now by clicking HERE.