Let’s face it – we all love the world of Marvel. The action, adventure, romance perhaps – it all makes for a great addition to The Walt Disney Company’s portfolio of entertainment offerings. What’s interesting to see though is that Disney (err Bob Iger) didn’t want to buy Marvel just for its comics (which also owns publishing rights to future “Star Wars” comics), but to turn them into a plethora of different entertainment offerings that can be spread everywhere…and we mean everywhere.

Late last year, Marvel announced that they’d be creating a moving theme park-like attraction where guests can be thrown into the world of Marvel’s characters and fantasy worlds. “The Marvel Experience” will include original 3D animations, holograph simulations, and the E-ticket itself – a 4D motion simulator ride.

All this will take place in a traveling roadshow that’ll all be contained under a giant 6-story dome as you see in the concept art above. It’ll stop at locations in the United States and Canada throughout 2014. All in all, this traveling dome and its experience will indeed be just another example of how Disney is using its franchises to spread the magic all over the world.

UPDATE 10/10/14: The first set of tour dates have been announced at yesterday’s New York Comic-Con! A preview will be held in Pheonix, Arizona starting December 12, 2014 and then a red carpet premiere event in Dallas, Texas on January 9, 2015.

Tickets to all the announced stops begins today exclusively on Ticketmaster. More tour dates and locations (which will include the East Coast) will be announced soon on a rolling basis.

In addition to the tour dates, event organizers also showed off a model of the attraction itself! 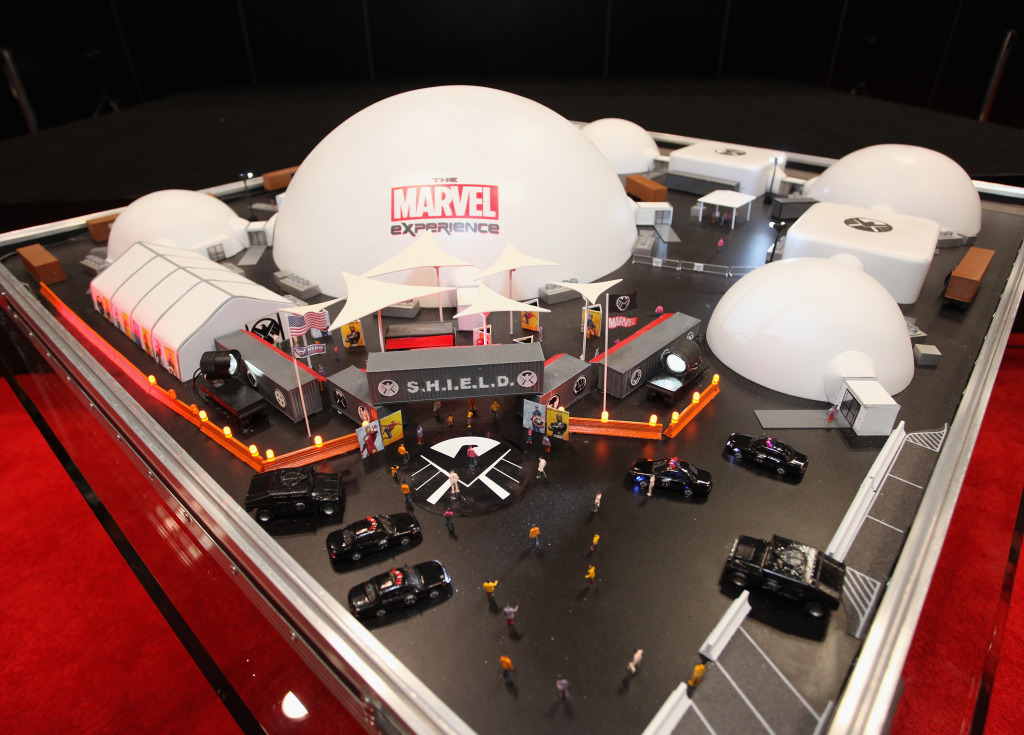 UPDATE: 7/15/14: Hero Ventures, the company putting on “The Marvel Experience”, has announced that industry veteran Jerry Rees will be leading the creative team as it comes closer to its fall 2014 opening in the United States.

Rees is most likely known for his work on award-winning Disney Parks attractions including the most recently open Mystic Manor at Hong Kong Disneyland. Rees and his team will now take on creating this first-of-its-kind experience that was also detailed in the announcement which will:

…fully immerse visitors in an entertainment experience like no other. With one original narrative tying everything together from start to finish, the story will unfold via a series of state-of-the-art multimedia technologies and interactive elements, including a 4-D motion ride, original 3-D animated features and the only commercially available Stereoscopic 360-degree full dome projection extravaganza.

. We’ll be sure to update you with dates and specific locations once they are released.

Will you be stopping by the dome? Are you expecting much? Let us know your thoughts in the comments.