By now, you should all know that we’re in awards season. From the recent Grammy Awards to the upcoming Academy Awards, the entertainment industry is in the mode of recognizing their own industry’s finest talents. Although you may know of the bigger awards like the Oscars and Golden Globes, you might not be aware of another award that is coveted – the Annie Awards.

If you were like us a few years back, we wouldn’t have been able to give you an answer because these awards never hit our radar. To say that they aren’t worth noting though would be a huge dishonor especially to those whose work we (and you!) have had the pleasure of enjoying for years. We’re talking about animators and animators are great storytellers and filmmakers just as those who work on live action films. It’s only fitting that they have their own awards show to recognize such talent!

Started back in 1972 by animation voice talent June Foray, the Annies were a means of not only honoring but celebrating the people behind the characters and worlds that we’ve come to know and love. “Everyone else has awards, but animation doesn’t,” Foray said in an interview. Foray went on to say that she was worried that the Awards weren’t going to be a success due to its niche, but after having 400 people show up and leave delighted in their very own industry, she and everyone else knew that these awards would stay. 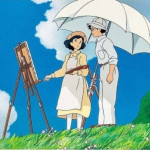 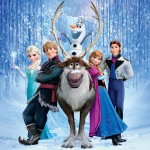 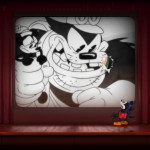 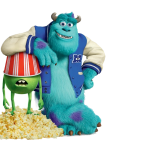 And they have! For the 41st time, the golden zoetrope trophies will be given out to the animation world’s finest from the past year. Our good friends at The Walt Disney Studios  have been nominated for multiple awards recognizing their films including “Monsters University“, “Toy Story of TERROR” (Pixar), “The Wind Rises” (which we’ll have more on soon – Studio Ghibli), “Get A Horse!” and of course “Frozen” (Walt Disney Animation Studios)!

We have the privilege of covering the festivities this Saturday night from Royce Hall at UCLA, so be sure to follow our Instagram, Twitter, and Facebook accounts (@DisneyExaminer) for live updates! You can even join us for the awards ceremony itself by watching the live stream on our DE LIVE page.

It’s known that the film that takes home the Annie for Best Animated Feature Film will also most likely take home the Academy Awards aka the Oscar for the same category. Do you want any of last year’s Disney animated films to take home both? Let us know which one and why in the comments!