This past weekend, our friends at Disneyland Paris gave a special preview and dedication of a new land that finally gives a real and permanent home to their (and our) favorite French rat Rémy. The new area at the France Disney Park called La Place de Rémy did for the French what Cars Land did for Americans – bring an animated world into reality. 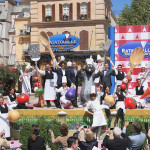 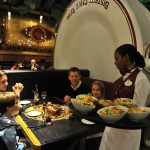 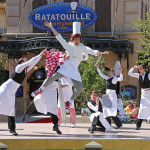 The Paris of Disney*Pixar’s “Ratatouille” film was recreated with an incredible attention to detail that would make even Anton Ego happy! You’ll see the cobblestone streets, the trickling fountains, and of course Chez Guesteau, home to the best cuisine in all of Paris thanks to a famous ratatouille dish created by a “little chef”. Although they were built like massive movie sets like in any other Disney Park, the buildings and architecture are real holding some very real surprises!

Some of those surprises include a new table-service restaurant called “Bistrot Chez Rémy” that was modeled exactly after the restaurant that Rémy created for his family and friends at the end of the film (but serving human food, of course). The biggest surprise is the newest E-Ticket attraction to be added to the award-winning Disney attraction family. In “Ratatouille, l’Aventure Totalement Toquee de Remy”, guests will be shrunk down to the size of Rémy and will “whisk” guests around Guesteau’s restaurant for a crazy culinary adventure that’ll make you hungry for seconds! 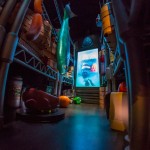 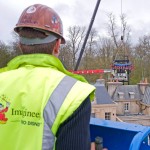 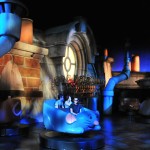 Put together, all the things that were put into La Place de Rémy seem to be the recipe of success that Disney Parks is going to continue to recreate in all their Parks and Resorts around the world moving into the future. “When we turn amazing worlds that may only exist in our imaginations or on film into multi-dimensional theme park experiences, we give our guests the opportunity to step into a story that they love.”

Has the new Ratatouille-inspired land make you want to visit Disneyland Paris even more? Are you excited to get that kitchen tour of Chez Guesteau in the new attraction and/or try a bite at the new bistro? Comment below and let us know!