If there’s anything Toy Story taught us, it’s that toys have the ability to open up a child’s imagination. Toys have done a lot for kids in developing their imaginations, even apart from their use during playtime. From inspiring kids to dream big or teaching “big kids” to do what’s right, toys (and the characters behind them) are so important. Sprinkle a little Disney movie magic in and you not only have the desire to see a movie, but want what’s in it as well! In the same way, movie merchandising serves our need to have a little piece of the movie. And there’s no exception for this summer’s hit blockbuster “Guardians of the Galaxy“.

Like anything Marvel, they have teamed up with the all-powerful Disney Consumer Products has created an action-packed assortment of products to promote their film. With thrilling action figures and vehicles to interactive gear, this new toy line from our friends at Hasbro will either make you a kid again or make you want to be a kid again (and be OK with it)!

We were given the opportunity to play around with Hasbro’s Guardians of the Galaxy toy line and have included a full breakdown of the products and their respective pricing below. 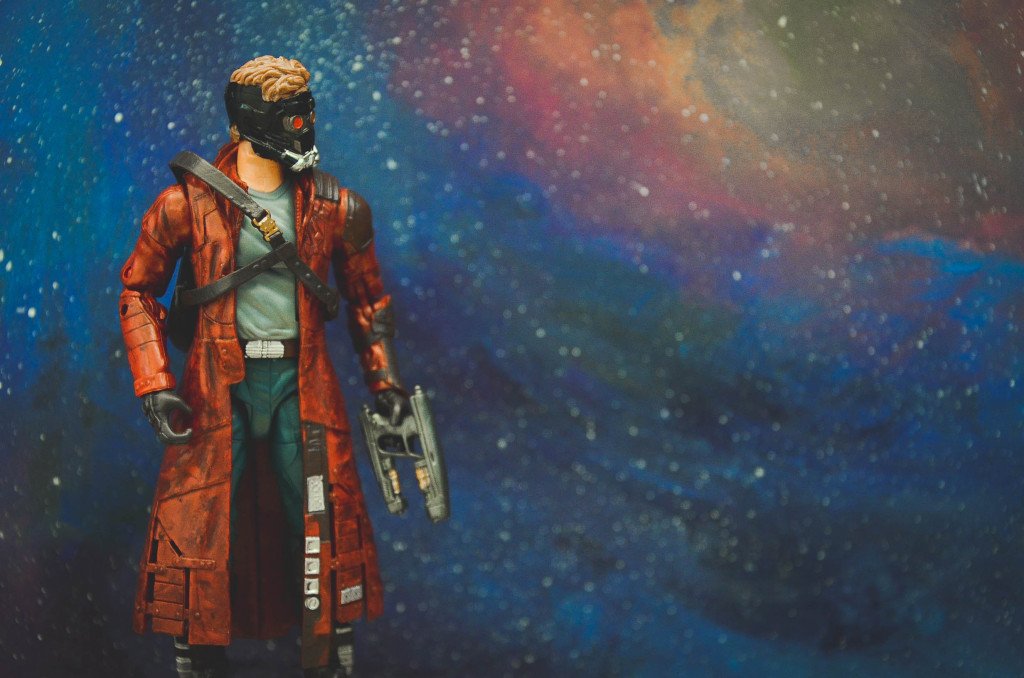 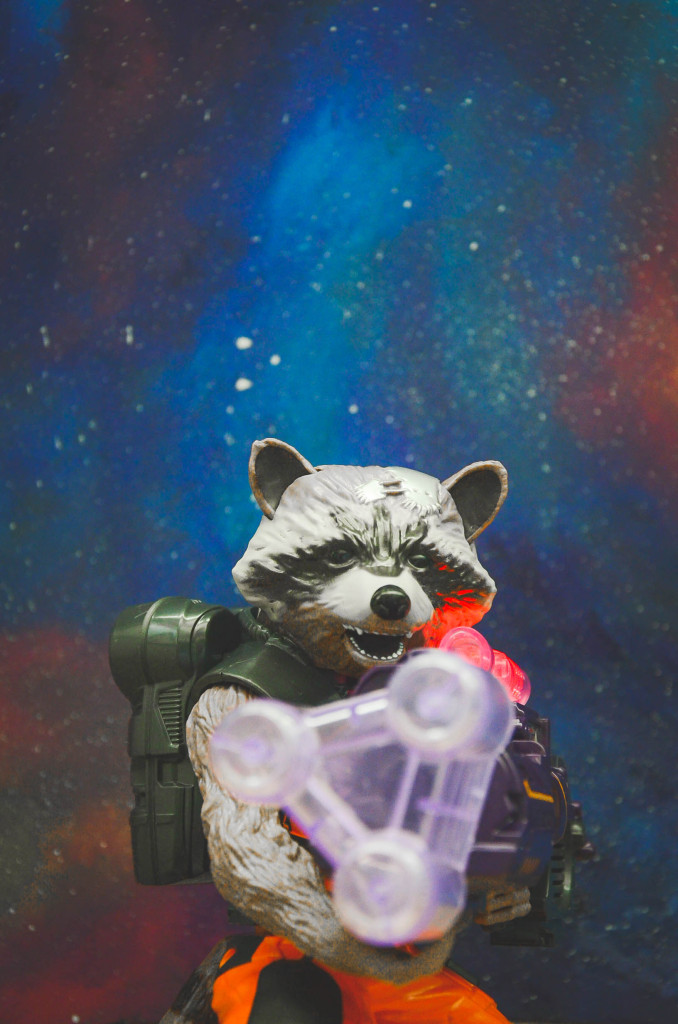 This action figure captures the nature of our favorite fast-talking, trigger-happy raccoon! Big Blastin’ Rocket Raccoon Action Figure is in his fighting stance with his blaster and he’s ready to go to war! His blaster is not to be taken lightly, however, it comes equipped with a spinning light-up barrel with recoil that definitely packs a punch. With different catchphrases and weapon fire sounds, this figurine breathes life into Rocket and is sure to be a favorite. 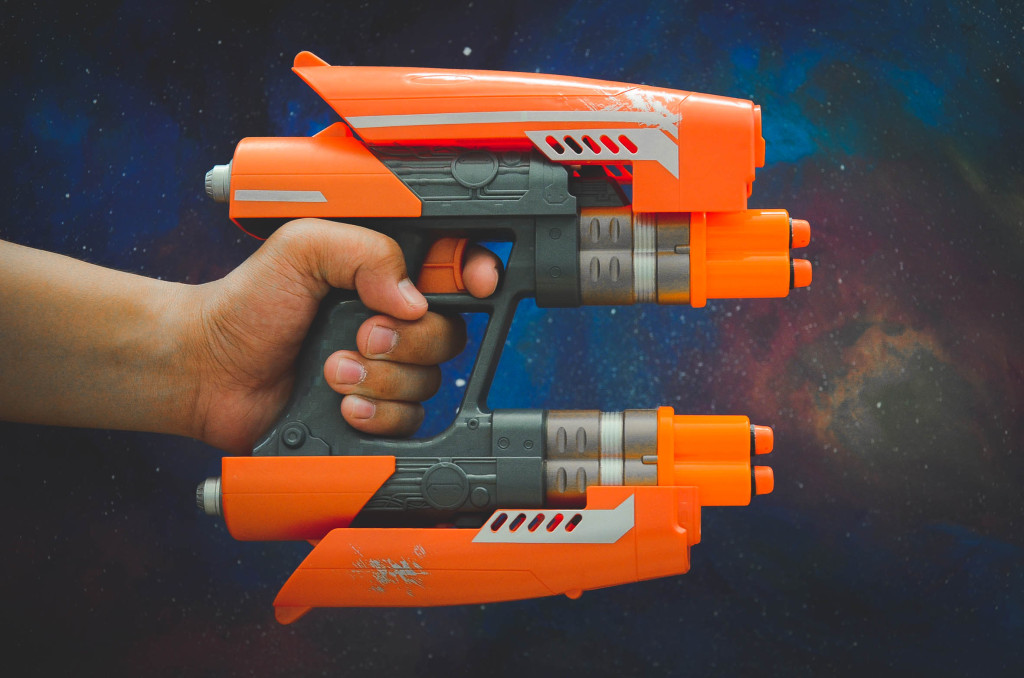 Marvel’s Guardians of the Galaxy Star-Lord Quad Blaster by Hasbro ($19.99)

Who DOESN’T want to be Star-Lord! Save the universe with Star-Lord’s signature weapon, The Quad Blaster. This NERF gun is out of this world and puts the fate of the galaxy right into your hands!  With double blasters that expand to reveal two more barrels, you’ll be ready to take on anything that comes your way!

Halloween came early with the Rocket Raccoon Action Mask! Once you don the mask, YOU ARE ROCKET! Impress your friends by controlling Rockets facial movements, and be the bounty hunter that the galaxy needs! 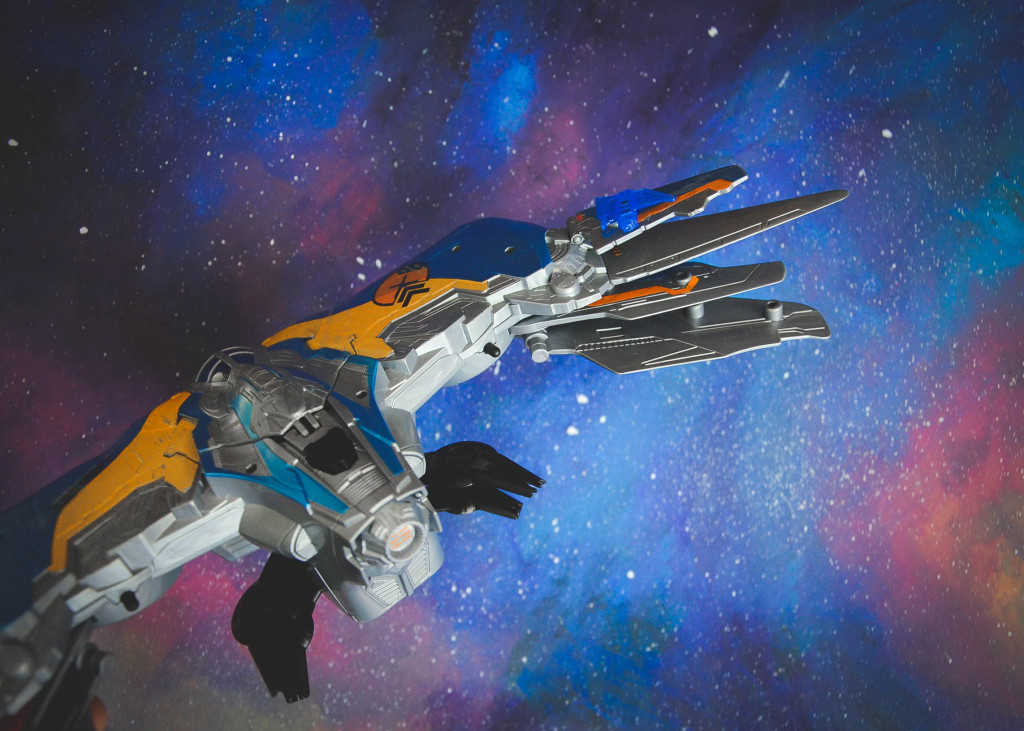 Marvel Guardians Of The Galaxy Milano Starship Vehicle by Hasbro ($14.99)

Star-Lord’s signature ship is now in your hands as you traverse the galaxy looking for people that need saving! Equipped with a miniature version of Peter Quill aka Star-Lord Himself, the ship is fully loaded with lights sounds and two launch action missiles. 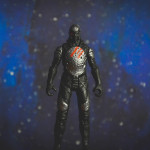 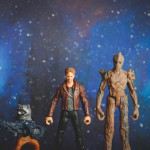 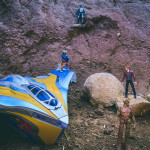 The perfect pairing with the Milano Spaceship are the miniature figures that come in packs of three! You can put Groot and Rocket Raccoon into the Milano and take out Sakaaran Troops!

Help Star-Lord fend off Ronan in the The Milano Spaceship, team up with Groot and Rocket Raccoon to plot an escape from Knowhere, or launch into battle against the Sakaaran’s Necrocraft in the Starblaster with these action-packed LEGO playsets.

Race the Rocket Raccoon-inspired character car down the mega drop and hit the lever to spin out and defeat Ronan and his two henchmen!

Marvel’s Guardians of the Galaxy Star-Lord Costume by Disney Store ($49.95)

The intergalactic action will be epic with the Star-Lord costume – complete with coat, mask, gloves and pants available exclusively at the Disney Store and at DisneyStore.com.

Additionally, there are lifestyle products for Guardians of the Galaxy as well that will make you the envy of all Xandar:

Toys come in all shapes and sizes. They have different functions and uses but each and every one of them is used to brighten up a kid’s day and open their imagination. The super teaming up of the classic toy maker Hasbro and Marvel’s new Guardians of the Galaxy is no different. Their product line is catered to children, but so long as there is imagination within them anybody can pick up a Rocket Raccoon Action Mask or Star-Lord Quad Blaster and become a Guardian of the Galaxy themselves! 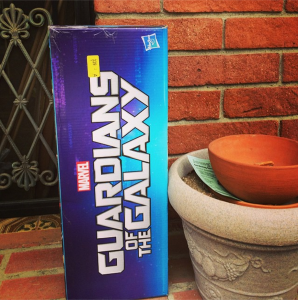 We know that we’ve already teased these toys enough by having you read this post, it is only fitting that we host another giveaway! Enter our Guardians of the Galaxy Prize Pack giveaway and enter to win the prize pack that includes a lot of the items we’ve pictured and listed above.

Simply enter by following us or tweeting. It’s that simple.*

Out of all of the toys in Hasbro’s Guardians of the Galaxy toy line, which one sparks your imagination? Will you buy that toy? Are there any more toys you’d like to see more of with inspiration from the movie? Let us know in the comments!