We live in a connected age and while Internet use might be central to how work gets done or we communicate, it is also a place that kids (and some parents) can get lost in for entertainment and leisure. This “unproductive” use of Internet has become the cause of some terrible family arguments. Who’s to save them from themselves, you say?

Disney, the great uniter of families, of course!

They certainly believe that they could accomplish such things with a new piece of technology that they launched just today called Circle with Disney.

Through a device that connects to your existing home WiFi network and an accompanying app, parents (or very mature kids) can control the Internet use. The system creates a profile for each user and device they use and gives very specific data to those who are given admin privileges.

Through the app, profiles are even able to show admins how their users are using the Internet on their devices. Now parents (or those mature kids) can see how much time they’ve spent on Snapchat. The system is able to create filters for content to make sure kids and parents don’t end up on those nasty sites. Just want to get the attention of those at home for a moment or two? You can even “pause the Internet” and disable access temporarily.

Of course, it wouldn’t be a Disney product unless it had something Disney in it. That’s why Circle with Disney also includes a content hub accessible to all user connected to the system, which includes a “curated selection of Disney content including videos, blogs, gifs, emojis, music, games, characters and lots more.” Clean content for all! 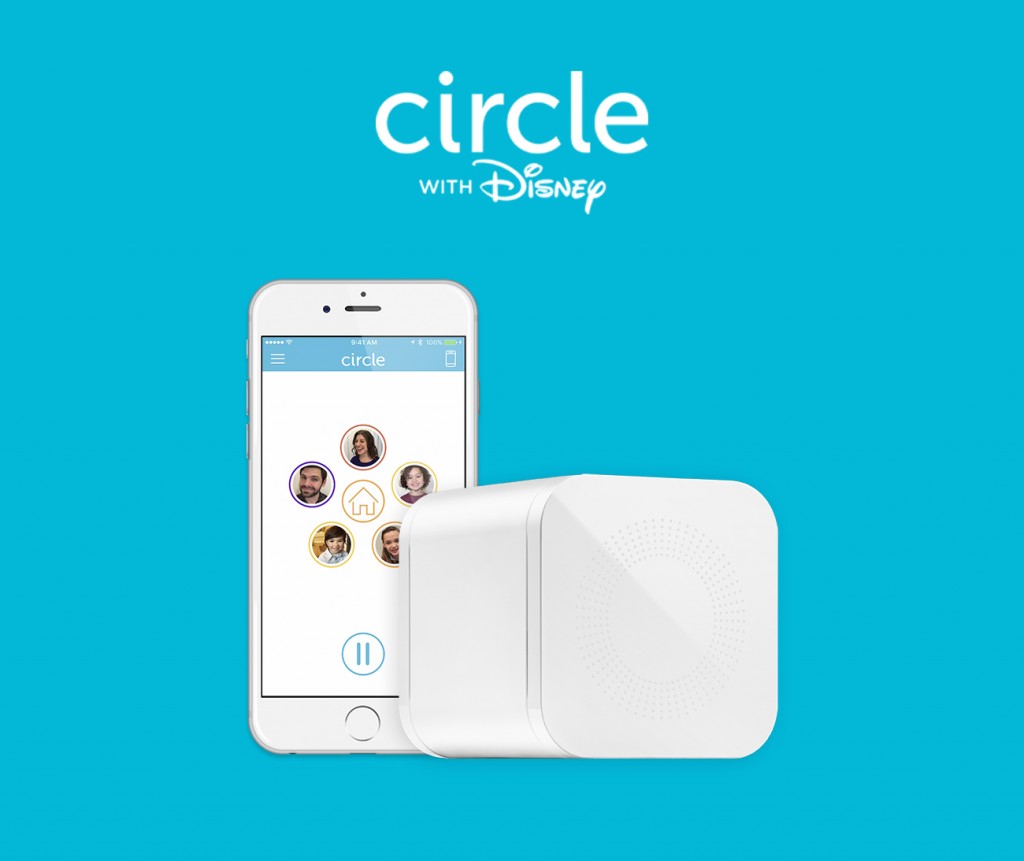 This is the first product that Disney has created and sold that aims itself directly at families’ home life. “Our mission with Circle is to redefine how families connect with the Internet, and ultimately with each other,” said Jelani Memory, founder of Circle Media Inc., the company that Disney worked with to create the product.

Furthermore, it’s a smart delivery system of Disney content in a new form that people might not expect – as a means of control. Said Kyle Laughlin, SVP, Disney Consumer Products and Interactive Media Labs. “Increasingly, kids are interacting with Disney stories and characters across mobile and online devices, and Circle with Disney gives parents the tools to manage those experiences.”

Whether the product is used for forcing kids to use words to communicate or for parents to stop their online addictions themselves, it’s clear that Disney has a new way to push who they are. They have found a strategy of extending its brand strategy by positioning itself as an easily accessible alternative to unfriendly content in the home that isn’t inherently controlled.

Circle with Disney is now available for $99 on Circle Media Inc. website.