I first heard about Zootopia back in 2013 where new Disney films tend to be announced: at the D23 Expo. At the time, it was only a working title for a film by “Tangled” director Byron Howard and was centered around a fox who’s trying to make it in a big city. Like the rest of the films that were announced with it, Zootopia still had a lot of development to do.

Now with under a year before it’s hard March 2016 release date, a story has been solidified, an additional director was added, and final animation touches are being made. In late October, I had the opportunity to meet with with many of those who’ve had a part in creating the film through each iteration of it. 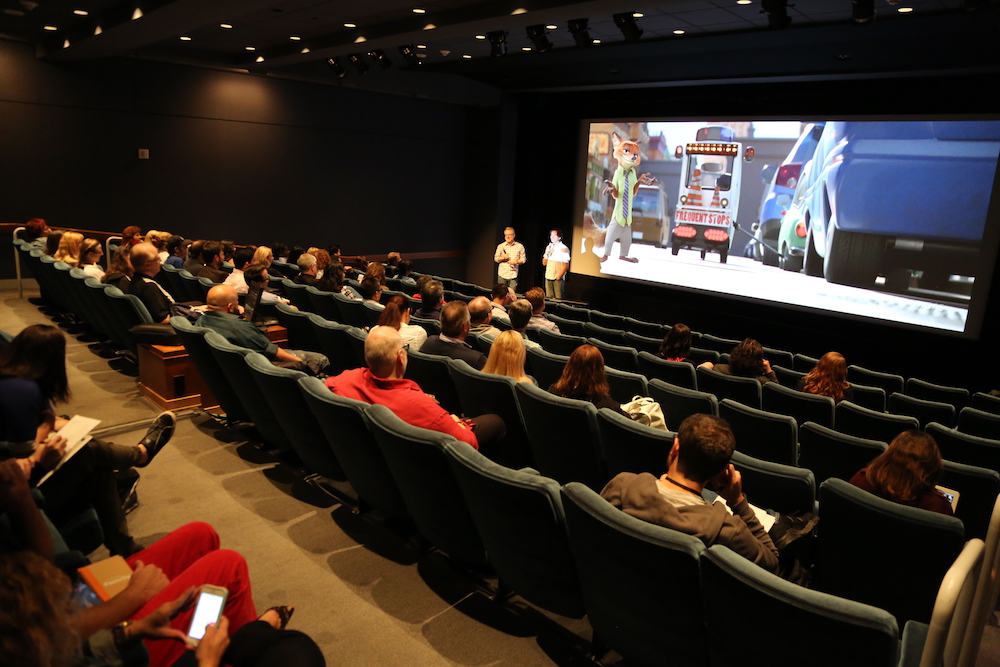 Producer Clark Spencer opened our all-day press event at a private theater at the Walt Disney Studios in Burbank, California. After showing us a very heart-tugging montage of the 90+ year history of Disney Animation, he proceeded to tell us what each of those animated films had in common. In order for each film to have the stamp of authenticity from the studio, they must meet the following criteria:

When you think about it, a majority of the films we’ve seen since the Disney Renaissance have met those standards and Spencer told us that Zootopia was given the greenlight because it had the potential to, as well.

“In fact, we’ve worked hard to live up to this mantra: to create a talking animal film like nothing we’ve seen be-fur,” said co-director Rich Moore. Moore, who had his directorial debut on “Wreck-It Ralph” (and who’s now working on Wreck-It Ralph 2), said that he and his now partner director Byron Howard wanted the film to be familiar, yet entirely different in how the story was presented.

Apparently they wanted us to feel that difference too for the remainder of the press day. After we viewed extended clips of the film (which was still very much in production), we then took a short bus ride down the street to an inconspicuous warehouse near the Burbank Airport off Tujunga Avenue. Lovingly called Tujunga by animators and Walt Disney Imagineers who share the space, it has been heavily converted to a place that’s more familiar to what the production staff had at their official studio building, still under renovation. 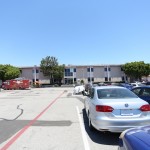 Outside of Tujunga. Photo courtesy of Disney. 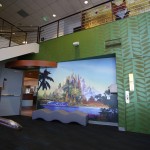 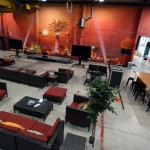 Inside Tujunga. Photo courtesy of Disney.

We traveled through Tujunga to various places within the warehouse where each part of the animation process takes shape. During each stop, we met with many animators and storytellers who each gave their own accounts on how they’ve worked to create something that we haven’t seen be-fur. 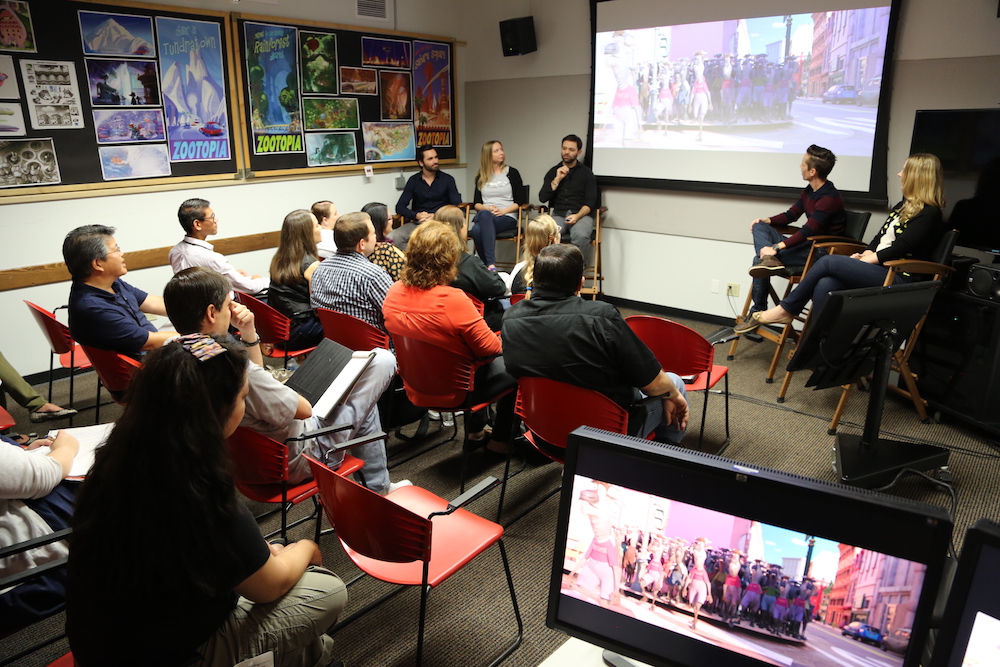 The animators who were tasked with creating the animals that inhabit the world of Zootopia were also given the task of living up to that mantra. It was especially challenging since they couldn’t create new species since everything in Disney animated films also needed to be “real” per the unspoken rule from their chief creative John Lasseter. It was apparent that there was only one thing that could be changed: the looks of each animal.

Nearly 400 animals from each continent were represented in the film, but each one had their own unique color and structure. In keeping with the “realness” rule, the animals were created in the scale of their real-life counterparts. In other words, a bunny had to match the size of a bunny in real life. That rule also extended for even the large animals like giraffes who were drawn to scale as well. Lots of computing power was needed to create these animals.

That computing power was put to the test even more when animators took the animal’s look to the next level when animating the fur. It was the most laborious part of the early research trips that these animators took and became the most laborious thing to animate during production. New programs were created to mimic the science behind how fur on animals like polar bears look and react to natural elements like wind. The results of such attention to detail are a realism that makes us believe in the story even more. 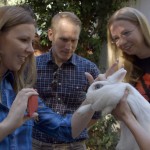 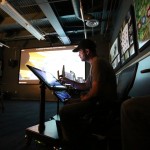 The animals not only needed to look the part, but needed to move in a similar manner to their real counterparts. For that, the animators responsible for their animated movements also took research trips to wildlife parks and to places where wild animals roam like Africa.

One of the animator’s favorite animal to give movement to was a cheetah. He noticed that cheetahs are really focused animals, especially when they run after prey. While the animal’s head remains steady, his legs pounce on the ground like a horse’s when running. Other visual queues like these, including some of the traditional recorded movements of the voice actors of the animals themselves, were strictly adhered to throughout production. Once again, the results are a believability that these animals are in fact animals telling the story. 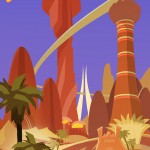 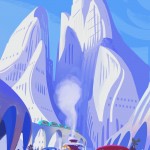 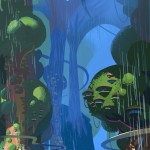 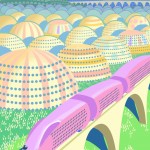 Zootopia, the place, is already a place that we haven’t seen before! It consists of 4 “neighborhoods”: Tundra Town, Sahara Square, Bunny Burrows, and the Rainforest District. Each neighborhood’s environment was created to house the animals that inhabit it. For example, polar bears live in Tundra Town filled with snow and ice. Bunnies lived in Bunny Burrows, a hilly area with spring-like weather. The “realness rule” was put into effect again as the weather and elements that make it up needed to mimic the real-life environments that exist.

One of the biggest advancements in animating environments was the creation of a program called “Keep Alive”, allowing the settings of a scene to react to real-life things. It was fascinating to compare a scene from “Tangled” where the leaves in the trees remain static to a scene from Zootopia with trees constantly rustling in the wind or shadows that moved with the characters. Although these things are very subtle to the eye, they do have a profound effect on the storytelling.

In addition to the weather, each building, street, and sidewalk in each of the neighborhoods also needed to have that look as if animals created them. That’s why you’ll see skyscrapers with leopard patterns and signs that have some fantastic animals puns on them. You’ll also get a kick out of things like mini subway entrances for mice and the equivalent entrances for yaks.

At the same time, animators needed to also create all these detailed environments in mass to meet the other “real scale rule” that was applied to the animals as well. Zootopia needed to be as big as a city like New York. To do that, they utilized some of the same technology and programs that allowed animators to create the city of San Fransokyo for “Big Hero 6”. By doing so, you could actually virtually walk through the numerous streets in the various neighborhoods if we really wanted to! 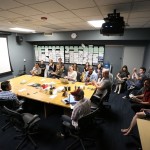 The characters, the animation, and the environments wouldn’t mean anything without a solid story and Disney’s story creation process seems to ensure that it’s as solid as a rock throughout. The process itself has remained the same since John Lasseter and Ed Catmull from Pixar took over leadership of the studio back in 2006 and brought along the proven Pixar story process:

It’s an endless loop that continues with each scene of the entire film. With hundreds of scenes and even more frames that make up those scenes, you can begin to piece together the amount of time that goes into creating an animated film’s story. For Zootopia, it was 4+ years of sometimes heated story meeting loops that happened almost every day to ensure that the story would be as perfect as can be.

Perfection to the story team was even more difficult to achieve because this isn’t the first time that Disney Animation has told an animal story. We’ve seen talking animal films from Disney before and each one very much told a new story in a unique way. From the footage I saw and discussions I had throughout the day, I personally feel like this might be difficult to do even with the time-test story process.

Is It All Something We’ve Seen Be-Fur? 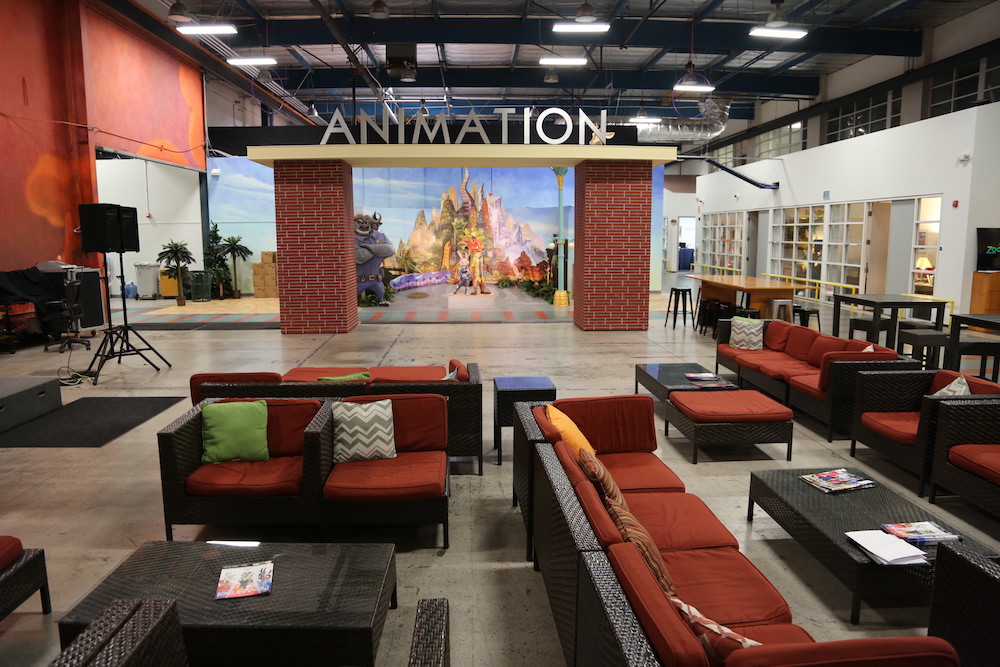 That is the question.

It’s a question that I’ve given some thought to since that October visit to Tujunga and feel like I can answer fully now. Zootopia is indeed a film that’s aiming to be a film we’ve never seen before; keyword: seen. A lot of the animator’s and storyteller’s presentations revolved around the visual aspects of the film and that was probably purposeful. There’s only so much that you can do to an animal film and since there are those rules that the studio as a whole needs to keep, there’s not much more to change than the look, the way it’s all presented.

This isn’t necessarily a bad thing either. While we’ve seen Disney animal-centered animated films like “Robin Hood” and “The Jungle Book” before, this is the first time we’ve seen an original story and even an original look and feel to it all. Both “The Jungle Book” and “Robin Hood” were inspired by original tales and they fur-sure didn’t have the animation tech we have today.

Beyond all else, the advances in technology to create things like moving shadows and moving leaves very much have a positive effect on the storytelling experience. Like anything else we see in life, the more we see evidence to believe in things, we will believe in those things more.

I believe that Zootopia is a film that we can believe to be a good Disney animated film that gets that seal of authenticity. It certainly is a story that we’ve seen before, but it’s a work of animated art that we’ve never seen before. I’m eager to see more of that beautiful animation when the film comes to theaters next March.

Our thanks to our friends at Walt Disney Animation Studios for extending the invite to visit their home away from home for the press day.