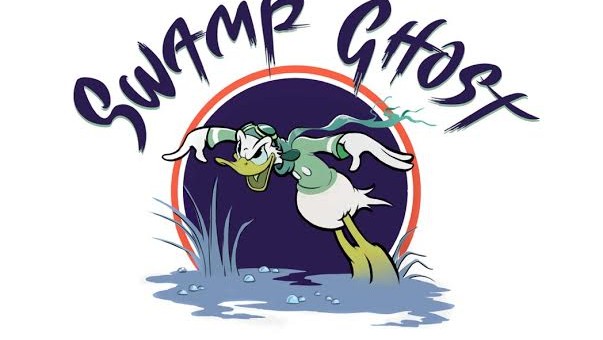 Famous airplane “Swamp Ghost” earns a brand new Disney-themed nose today courtesy of artists Mike Gabriel (“Pocahontas”, “The Rescuers Down Under”) and Klay Hall (director of Disneytoon Studios “Planes”). In partnership with the Pacific Aviation Museum, a Pearl Harbor historic site, these talented artists have created a brand new original nose art that will be on display in the museum. It’s all just in time for Pearl Harbor Day today. 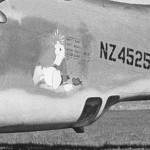 Disney has had a long history of creating art for the US and Allied forces – in fact during the war Walt Disney Studios made over 1200 insignia with many iconic characters, including the ever-popular Donald Duck. According to Klay Hall,  “Walt Disney’s ‘Donald Duck’ was one of the most iconic and likable characters during the 1940’s…he was very popular amongst servicemen, possessing a feistiness with a “can do” attitude.”

It’s for this reason that Klay and Gabriel have chosen to feature Donald on the Swamp Ghost’s brand new nose art.

The Swamp Ghost itself has also had a long, and very unique, history. Despite the fact that it crashed in a Papua New Guinea swamp in 1942 after losing fuel, all men on board walked away safely. The plane wasn’t found again until 1972, and until now has never received an honorary nose art, as most planes do after a few missions. 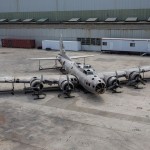 As such Gabriel and Klay have stepped in to give the Swamp Ghost the nose art it deserves.

Both artists note the meaning behind giving this plane a brand new look. Gabriel notes the attention and care they put into the art’s creation: “Klay and I analyzed every aspect of the nose art designs that were created to try and convincingly capture the look, feel, and colors of the time, in order to authentically transport the viewer back to the time. I hope when people see the nose art Klay and I have created, they sense the deep attachment and commitment we have to this exciting.”

Klay brings it all back to the idea of giving honor to those who have served, saying, “This is not only an honor for us to be a part of, personally…it is in remembrance and tribute to our fathers and grandfathers who served their country during that time and those that serve today.”

The Swamp Ghost and its new nose art join more than 40 other aircraft within the Pacific Aviation Museum. Check out the museum website to learn more about the plane and its history, or go donate directly to fund its preservation.