This past weekend, the animation industry held its biggest night again to celebrate the achievements of the past year. While the Annie Awards competition is always a mixed bag of Disney, DreamWorks, and other animated films and talent in past years, this year was very much a Disney year. Or should we say Pixar year.

Disney*Pixar’s “Inside Out” won 11 Annies including Best Music for an Animated Feature going to Michael Giacchino and Outstanding Achievement for Voice Acting going to Phyllis Smith who plays Sadness. 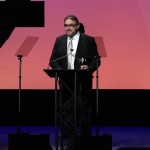 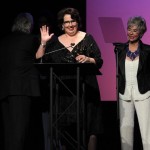 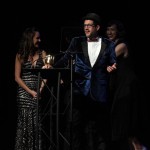 “We’re thrilled to be honored,” said “Inside Out” director Pete Docter. “The film was just a reflection of who we all are in real life. That’s all.”

The real-life story inspired by Docter’s daughter seemed to have made an impact with others who are part of the ASIFA, the animation organization that’s tasked with putting together the awards every year. “The Annies are drawing more attention from both our industry and the general motion picture industry,” said ASIFA-Hollywood Executive Director, Frank Gladstone.

Gladstone’s thinking isn’t unfounded. The film that usually takes home the Annie for Best Animated Feature usually wins the Oscars for the same category. “Inside Out” took home that award, too, so expect to see the same at the Oscars just a few weeks from now.

If they don’t win, feel free to meet with Anger, Sadness, and Disgust. They’ll know what to do.