We all know of the story of how Walt Disney first imagined Disneyland: sitting at Griffith Park while watching his daughters play. The plan was to create a theme park near Disney Studios in Burbank, but as the dream unfolded, it became clear that there wouldn’t be enough space to fit everything Walt Disney had imagined.

The plans were placed on pause as World War II occurred halfway around the world. When the war ended, Disney moved forward with his plans. At the same time, soldiers were returning from war and many of Anaheim’s orange groves were turned into housing for the soldiers and their families. By 1953, the first freeway from Los Angeles connected the two cities. The freeway made the drive between the two cities only 45 minutes. 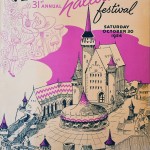 When the time came to scout land for Disneyland, The Stanford Research Institute conducted a survey to find a 100-acre site that had enough space, was close enough to Los Angeles, and was easily accessible. Anaheim was the chosen location. In 1954, 160 acres of orange groves were bulldozed to make way for the theme park. 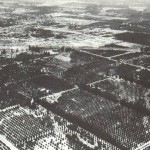 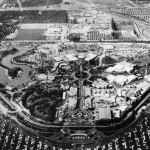 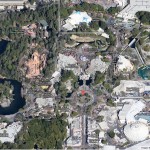 Today, Anaheim has a tourism economy, and Disneyland is the largest employer with over 28,000 employees according to the Orange County Register. Furthermore, the park also indirectly creates 25,000 other jobs and generates nearly $6 billion annually to the Southern California economy and $370 million in state and local taxes.

It’s incredible to see the way the close relationship between Disneyland and the City of Anaheim. This relationship might have not existed, with Walt’s desire to place the park in Burbank and WWII placing barriers between the park and the city. However with a little magic, Disneyland could finally call Anaheim home, and has done so ever since its first opening day.