via Oh My Disney

So many uncredited characters in iconic and highly-acclaimed films have gone forgotten by the chronicles of time, and for many their names will always remain unknown despite deserving credit for their contributions. Not every uncredited role has gone forgotten, though. There are two remarkable circumstances that come to mind when thinking about those who were finally given their rightful credit or discovered after years of being forgotten. 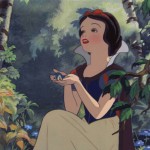 via Oh My Disney 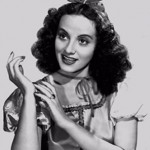 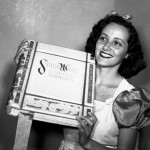 Snow White isn’t the first person people think of when it comes to uncredited roles. Anybody who has taken the time to do a quick Google search would already know Adriana Caselotti voiced Snow White, but this kind of knowledge was not always known.

It may come to a surprise to many, but it was rather common before the mid-1940s for production companies like Disney to not credit the actors and actresses that provided their voices for certain roles, something that was done as a way to maintain the mystery and magic surrounding the characters. Caselotti was one of Walt Disney’s earlier voice talents that went uncredited for many years despite being the star of the studio’s first animated feature film. This lead to unfortunate problems in Caselotti’s career as an actress.

For many years Caselotti struggled to find work in the industry following the release of Snow White and the Seven Dwarfs due to being uncredited. She was overlooked and unrecognized for her voice talents from the film, despite how widely popular the character of Snow White became. It did not help that when Jack Benny, a famous American comedian and entertainer, wanted to feature Caselotti on his radio show following the successful release of Snow White, Walt Disney said “I’m sorry, but that voice can’t be used anywhere. I don’t want to spoil the illusion of Snow White.”

Despite the struggles she had, Caselotti did appear in The Wizard of Oz and It’s a Wonderful Life in very minor roles, but her inability to own up to her most popular role led to her career stagnating.

In later re-releases of Snow White and the Seven Dwarfs, Caselotti was finally credited for her performance and also went on to reprise her role as Snow White for Disney memorabilia, various promotional media, and even rerecorded “I’m Wishing” for the Snow White Wishing Well at Disneyland.

Caselotti will always be remembered as a Disney Legend for being the first princess in Disney’s very first animated films. 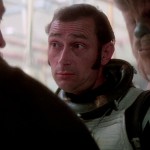 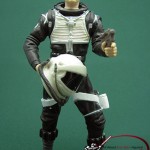 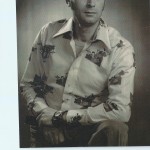 BoShek, a human smuggler and pilot-for-hire that is known for directing Obi-Wan Kenobi to Han Solo in the famous Mos Eisley Cantina scene in Star Wars Episode IV: A New Hope, remains to be one of the most important characters whose appearance only takes up the span of a few seconds. Without BoShek, Obi-Wan, Luke, and Han would have never met and the events of the film would have never been set into motion!

Despite how brief his appearance was, BoShek even had his own action figure!

For countless years nobody knew who played BoShek. Many names had been thrown out into the wild but none of them were ever the right actor. This left many Star Wars enthusiasts baffled and intrigued by the mystery, and yet few knew how to start the task of searching.

Enter investigative journalist Billy Jensen; this was the brave man who decided he would take on the hunt for BoShek’s forgotten actor and solve the mystery that has plagued fans for decades. Jensen’s investigative pieces primarily involve hunting down dead or in-hiding criminals, but as a Star Wars fans he was fiercely determined to uncover who BoShek’s actor was. He spent his days scouring through footage from old television shows before he found a lead and was guided a UK series The New Avengers where a man resembling BoShek’s actor was also uncredited for his role as a Russian thug. Through gaining access to the shows production notes, he was able to uncover a short list of names: Bob Watson, Reg Thomason, and Basil Tomlin.

The first two were quickly discarded as not being the man Jensen was looking for, and he found very little about Basil Tomlin as there was nothing anywhere about the man.

Jensen even contacted dozens of people to try and gain any kind of trail he could follow, but was met with little success…At least, not until he tried his hand at emailing the family members of the names he got from the production notes for The New Avengers and started posting about his search for BoShek on online forums.

After his long and arduous quest to discover the man behind BoShek, Jensen finally received an email from a man claiming to be BoShek’s grandson. With a few emails between the grandson and daughter of BoShek’s actor, Jensen had finally solved the mystery.

Sadly the discovery came eleven years too late as Tomlin had already passed away, but Tomlin’s family and Jensen are currently hoping to make some headway in getting Tomlin the credit he deserves for his role in Star Wars: A New Hope.

There are plenty of other actors who had once gone forgotten for their contributions in iconic films, but few have stories like Adriana Caselotti and Basil Tomlin.